Ski areas in New Zealand have reported up to a metre of snow is lying on upper slopes following the storm with Mt Hutt, due to be the first area in the country to fully open a week on Friday (11th June), said it has drifts of up to 4 metres deep.  The Remarkables is pictured top.

However currently it’s Australia where the first ski area in the southern hemisphere is expected to open, this Friday 4th June.  Perisher, the country’s largest resort, will open a week earlier than planned.  There has not been so much fresh snowfall there in recent weeks but it has been cold, allowing areas to build bases with snowmaking.

Elsewhere in the southern hemisphere there have been good pre-season snowfalls in parts of the Andes with ski areas in Argentina and Chile due to open later this month, Lesotho’s Afriski ski area in southern Africa has also had snow and is currently snowmaking ahead of its expected season opening day next week. 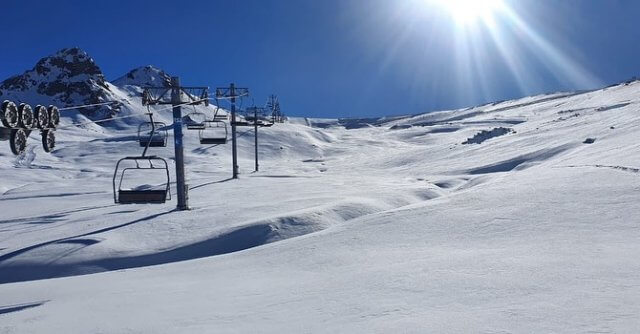 The overall picture with the pandemic appears largely better in most southern hemisphere ski areas than this time last year, when many only managed to open for short periods and a sizable proportion were unable to open at all due to restrictions.

New Zealand continues to successfully suppress the virus allowing near-normal ski area operations and Chile has become one of the world’s five leading nations for the proportions of its population vaccinated, ahead of even the UK.  La Parva in Chile is pictured above – hopefully ski areas will open there from mid-June, rather than not until mid-August, a month before the season end, as in 2020.