The new machine, the PistenBully 100 E, appears to be a major breakthrough for ski areas that have been looking for ways to cut their CO2 emissions.

An ever growing list of resorts are now 100% green power users for most of their infrastructure with several actually producing more green power on site than they use and exporting to the grid, but whilst fixed infrastructure like snowmaking and lifts can be electric powered, diesel has always been required to power the groomers.

The German-based company, which has been in business for 50 years and produced more than 200,000 grooming tractors over the years, began its move towards more environmentally friendly groomers in 2012 with the launch of the PistenBully 600 E+ which has a combined diesel-electric drive. 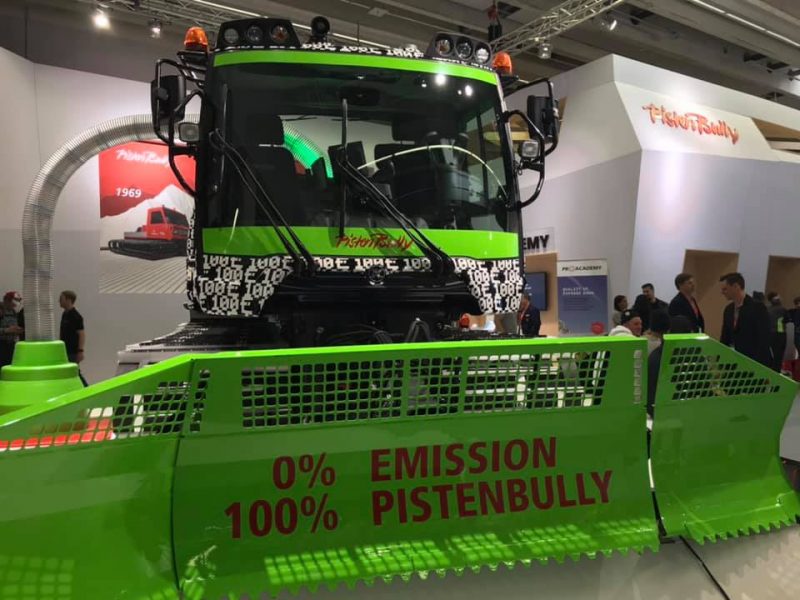 Other initiatives that have increased efficiency in grooming have included ‘Snowsat’. A satellite technology that allows groomer drivers to see snow depths across the mountain and move snow around to maximum efficiency.

For the first PistenBully 100 E, the energy capacity of the battery is 126 kWh with a rated voltage of 400V. The charging time is of particular interest. At 5 hours, the SoC (State of Charge) is at 75%. After 6.5 hours, the battery is completely charged. 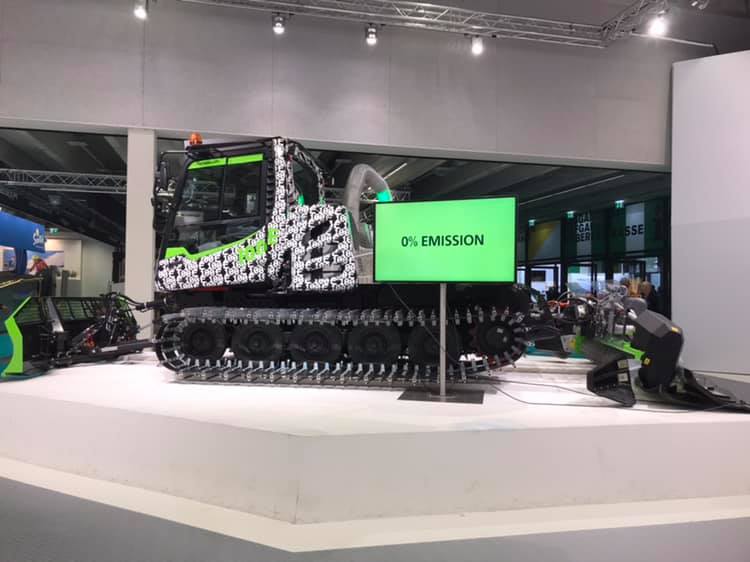 This provides an average driving time of 2.5 to 3 hours so rather a short shift for the initial machines, but the aim of course is to increase this as the model advances.

PistenBully report that the 100 E has already been successfully tested in the snow – and passed its first test drives in a very convincing way.

“An extensive number of tests have been carried out during the study, because only well-engineered technology meets the high-quality demands of Kässbohrer Geländefahrzeug AG. Highly promising prospects!” A company spokesperson concluded.