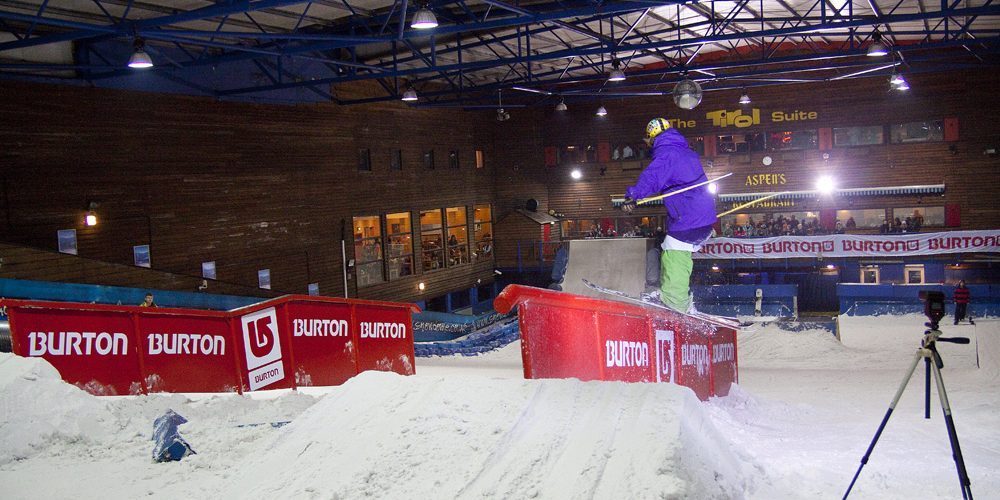 20 Years of The Snowdome

The Snowdome at Tamworth in England celebrates 20 years in business this year, making it one of the world’s longest surviving indoor snow centres.

Established in 1994, The Snowdome was at one time associated with Mt TheBarton in Adelaise, Australia, one of three centres, long with facilities in Belgium and Japan, all now closed, that began the ‘modern era’ of indoor snowsports in the late 1980s, leading to around 90 indoor snow centres being built in more than 35 countries around the world over the following 25 years.  It also had plans to build a second British indoor snow centre on the site of a former dry slope at High Wycombe in North London.

Using patented ‘real snow’ The Snowdome (which also trademarked the name ‘Snowdome’) claims  to be the first ‘true’ indoor snow centre in the world, as earlier facilities used ice shavings or a chemical goo (Known as ‘SNOVA’ or ‘Permasnow’) on a frozen base.

The Snowdome will celebrate its birthday with a ‘20th Birthday Bash’ on Saturday 17th May from 8.30pm until late with tickets priced at £20

The centre is encouraging slope goes to don the clothing they prefer from any time in the past 20 years and is also running an online contest (Until 30th April) for submissions of photos or video from the Snowdome’s past.