A group of school children from the local primary at the village of Les Houches in the Chamonix Valley have been out on the ski slopes collecting rubbish that the every-day skiers and snowboarders left behind.

The children and their adult helpers collected around 150kg of waste today.

“Thank you to all those little hands that take care of tomorrow,” a spokesperson for the local municipality said.

At the time of year with the snow thawing teams of volunteers are collecting rubbish from the slopes at ski areas all over the world.

Many of the litter-collections are organised in France by the long-established environmental group Mountain-riders. 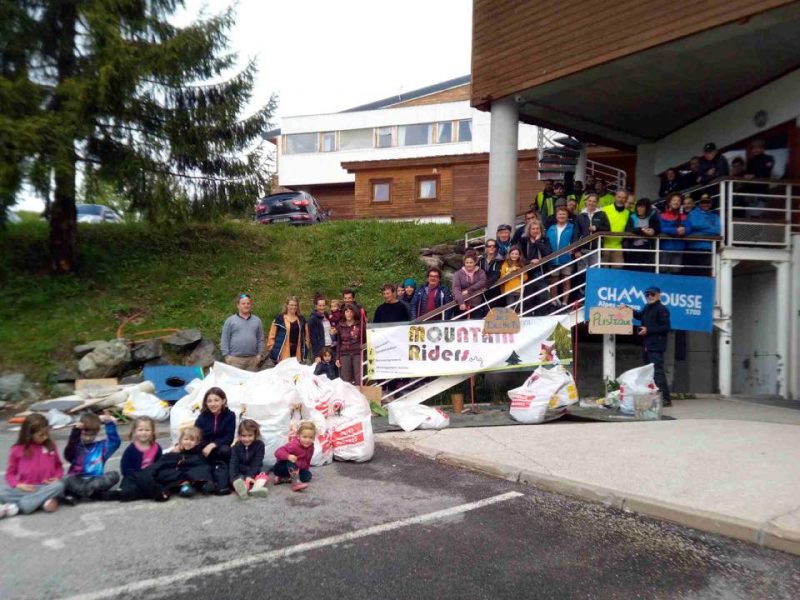 They were involved in the Les Houches collection and yesterday a team of 650 people collected 367kg of waste from the slopes at Chamrousse (above).

Future rubbish collections coming up include the Grand Tourmalet region and St François Longchamp on Saturday 15th June and Les Arcs and Courchevel a week later on 22nd June.

There are more planned through the summer.

Phil Spencer Takes on His Third ‘Everest In The Alps’ Challenge