Scottish snowboarder, Leon Drynan, is quickly realising his dreams one at a time.

With only five years of snowboarding experience to his name, he has just become the latest youngster selected to represent Team GB.

“The Olympics has, of course, always been the ultimate goal but I’ve already hit so many of my goals. I am realising my dreams,” says Leon.

The 16-year-old is one of the younger members of the 27-strong team who together head out to Sarajevo this weekend for the European Youth Olympic Winter Festival (EYOF). A platform that played a crucial role in catapulting Chemmy Alcott and Katie Summerhayes to the Olympics.

He says he was really nervous in the run up to being selected. “Because there were a lot of good people. I didn’t expect it. I knew I was up for selection but didn’t think I would definitely be going.” You can hear the relief and excitement in his voice, “It’s everything I have been working towards, 100 per cent.” 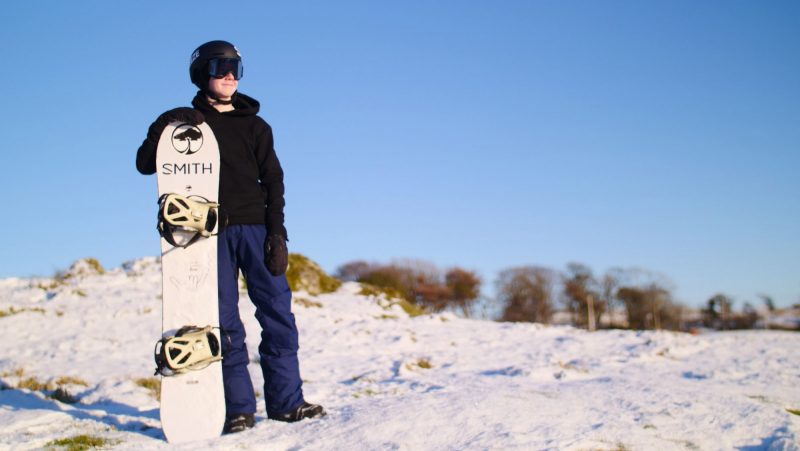 But there’s no doubting he deserves his place. Leon has been a ‘Delancy Ones To Watch’ snowboarder since 2016, became British Indoor Snowboard Open Champion in 2017 – a title he retained in 2018 – and in March last year took home three gold medals at the Scottish Park and Pipe Triple Crown Series final.

Sarajevo 2019 is the 14th edition of the EYOF and the first time it will be hosted in Bosnia & Herzegovina. Overall, approximately 1,500 athletes from 50 European countries will take part, in what is Europe’s largest multi-sport event.

Team GB athletes will compete in seven of the eight disciplines, with athletes participating in a mixture of alpine skiing, biathlon, cross-country skiing, curling, figure skating, short track speed skating and snowboarding. The team consists of athletes aged between 15 and 18, providing them with their first multi-sport experience.

Lizzy Yarnold, Team GB’s most successful ever Winter Olympian, has taken on the role of the Athlete Ambassador for the team’s pre-Games assembly. Giving the athletes the chance to come together as one Team GB for the first time, receive their kit for the Festival and learn all about Sarajevo 2019, with Yarnold’s vast experience helping athletes with their preparations for the Games.

She says she’s delighted to be involved, “I hope I can use my experience of competing for Team GB at the Winter Olympics to help the members of our team make the most out of their first Team GB experience. There has never been a more exciting time to be involved in British winter sport, so I hope the athletes can grasp this incredible opportunity to further themselves as sportspeople and as individuals.”

Leon says he has also already been working with some huge influencers who make a real difference to his experience and performance. Mentioning Olympic bronze medallist Billy Morgan, often described as a ground-breaking snowboarder after he landed a formidable “quad cork 1800” back in 2015. And fellow Scot, Matt McCormick who has risen through the ranks in a similar fashion from the GB Junior Team. Leon also sites fellow team members Gabe Adams, Lewis Moore, and Ethan Smith as training friends. “I think this team will be a good combo”.

Leon is sponsored by Arbor Snowboards and SMITH – and wears their Code Helmet and Squad Goggles. Like many British snowsports athletes he’s incredibly grateful to his sponsors because of the cost of being involved with such an expensive sport. “You have to spend so much money on your training trips that it’s really good to have your sponsors backing you up with kit”. 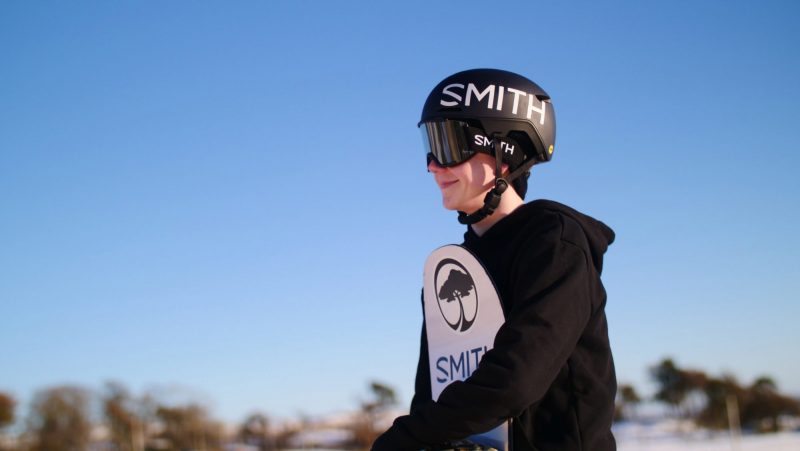 He says with SMITH it’s all about the fit. Because with a well-fitting helmet and pair of goggles, you’re not worrying about anything else. “Both the goggles and the helmet are very tight fitting. Others will slide off my head because, being younger, I have a smaller head. But SMITH – [which uses the Boa 360 Fit System] – fit really well.”

He’s also a fan of SMITH’s black lenses [with Fog-X technology], “They work really well in light and foggy conditions which means I don’t have to chop and change my lenses.”

Sadly, despite the recent wintry weather, Leon hasn’t been able to take advantage of the mountains and slopes of Scotland yet this winter. “There’s only light snow on the ground at the moment. I was hoping to go this weekend, but I don’t think it will happen”.

So how does he train if there’s no snow? “I go to Bearsden Ski and Board Club dry slope on Wednesdays and Sundays where I practise jumps and tricks. And then the Snow Dome on Fridays because there’s more space there. Then after school on a Thursday and on Sundays I go to the gym. I need to stay fit and healthy and keep my legs going.”

When he does get to see the snow his favourite places are Italy and Switzerland; mentioning Laax in particular – one of Switzerland’s biggest resorts that’s invested heavily in terrain parks and half pipes. It’s the jumps that really attract Leon to snowboarding, and he has that wonderfully innocent lack of fear,

“It’s really exciting being really high up in the air. It doesn’t particularly scare me. Friends ask ‘how can you do that’ – but landing a trick is great.”

He, and we, just hope age, and the natural fear progression which often accompanies it – doesn’t quell that enthusiasm!

And what about medal hopes? Of course, it’s at the forefront of his mind – an Olympic medal would be “one of the biggest things that could ever happen to me”. Here’s hoping. 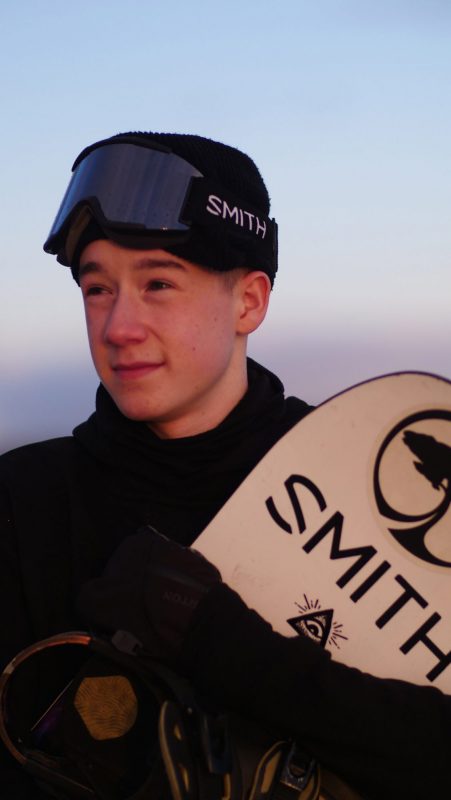