There are days on the slopes when getting on the lift is a bit of an irritation. Conditions are so beautiful you just want to ski and ski.

Then there are the days when you perhaps overdid it a little the night before, or you’re skiing with some obsessive racer, or perhaps you’ve met the possible love of your life on a chairlift speed-dating session on Valentine’s Day, when you’re quite happy to take your time on a slow, old double chair.

But what none of us likes to do is wait for a long time in a queue, and it tends to be the fast, high-capacity, queue-gobbling lifts that make that less likely to happen. Even on a busy day.

Thankfully, most of the top resorts invest millions each year on ever better, ever faster lifts on key routes, and so the list of the best lifts in the world is forever changing. But here are some of the current best.

Engelberg made a huge investment in two new lifts that opened in December 2015 and 2016 respectively: first, an upgrade to their famous Rotair revolving cable car that had opened 20 years earlier; and second, the new eight-seater Engelberg-Trübsee-Stand gondola, which replaced several older lifts and whisks up to 2,475 people per hour (approximately 1,000 more than previously) over 4,680m (nearly three miles) over 1,425 vertical metres up to Stand in just 16 minutes, where it connects with the Rotair to access around 2,000m of vertical and a fantastic 12km run down. 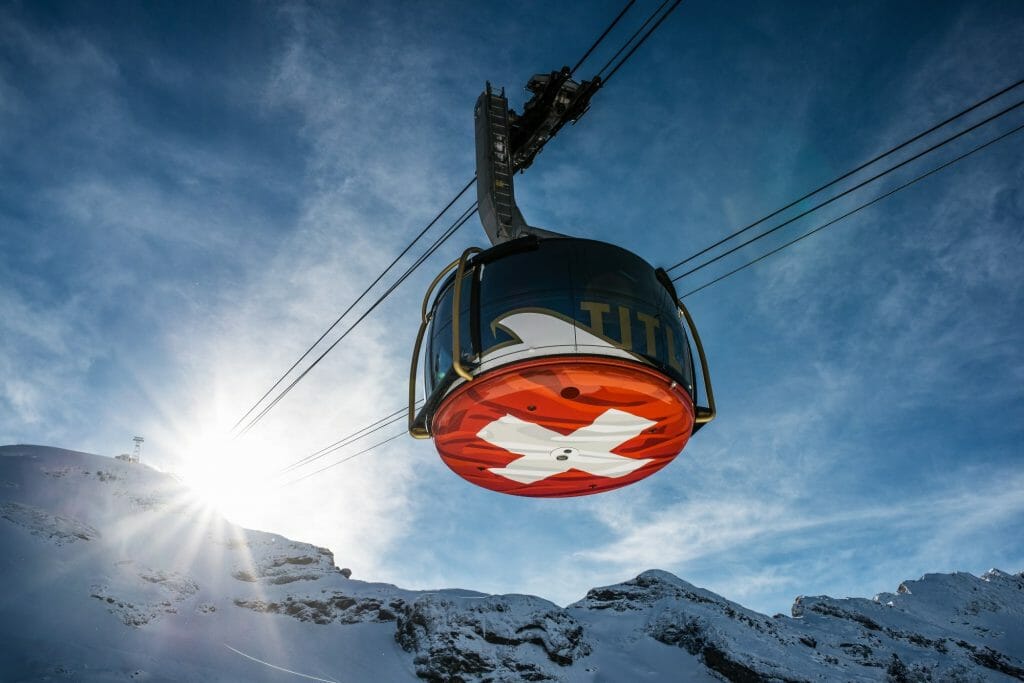 Austrian resorts in particular do battle to have the best lifts each winter, and having the world’s most successful ski lift operator, Doppelmayr, just down the road probably helps with that.

This state-of-the-art gondola opened for the 2016/17 season and transports more people per hour in a faster time than any other lift system in the world. It can move an incredible 4,500 people per hour from its base in the centre of Sölden to the Giggijoch mountain, and in a record time of eight minutes for a trip that used to take close to 15.

All new this winter, the Pré St Esprit chairlift, which whisks skiers and boarders from below Arcs 1950 and 2000, is a fast six-seater chairlift that replaces an old fixed-grip triple. Along with pull-down bubble covers the lift is notable as the new joint-longest chairlift of its kind in France at 2.85km – another 2.85km-long lift has also opened this season in the Grand Massif.

Travelling at 6m per second (more than twice as fast as the lift it replaces), the new Jochbahn, which opened for the 2015/16 ski season, took the speed record for the fastest eight-seat chairlift on earth to date. Costing €12 million to construct, the lift, which has been described as “Detachable, comfortable and unbelievably fast” by its operators, can carry up to 3,000 people per hour, comfortably gobbling up any queues that once formed.

A new cable up to Germany’s highest peak near Garmisch, which went into operation in December, covers the world’s greatest overall height difference of 1,945 vertical metres in one section as well as the world’s longest unsupported span, measuring a remarkable 3,213m – nearly two miles – between support towers.

More than 110 years after skiing got started in the Arlberg region, the €45 million project to connect the two halves of the ski area for winter 2016/17 required something pretty special. Four new lifts were built in total, but the Flexenbahn is the flagship lift of the inter-connect. With its 47 10-person cabins and just a six-minute travel time, the lift can transport up to 2,400 people per hour.

Atop Peak 8 at Breckenridge Ski Resort, just 0.6m short of 3,962m above sea level in the Rocky Mountains of Colorado, the Imperial Express SuperChair is the highest high-speed detachable chairlift in the world. The lift begins at 3,627m and ends at 3,914m, and the ride time is less than three minutes, much less than the 45 minutes hikers used to spend climbing up to the same area.

The new Pardatschgratbahn, which opened in 2014, has the biggest vertical rise of any tri-cable gondola in the world so far, ascending 1,251m. Travelling at 7.5m per second with each cabin carrying up to 28 people, giving a remarkable capacity of 2,800 people per hour, the Doppelmayr-built lift whisks skiers and boarders up to the slopes in just 9.4 minutes – much faster than the previous lift.

Val Gardena has splurged about €20m this winter on its new Symphony 10 gondola, which lifts skiers and boarders up to access the famous Sella Ronda circuit faster than ever.

They’ve done it with some style, too, as lift manufacturer Leitner Ropeways has partnered with Pininfarina, a design company employed by Ferrari, on the design of the 77 new cabins in black and blue livery complete with leather car-style seats and LED lighting to illuminate the gondola’s curves. 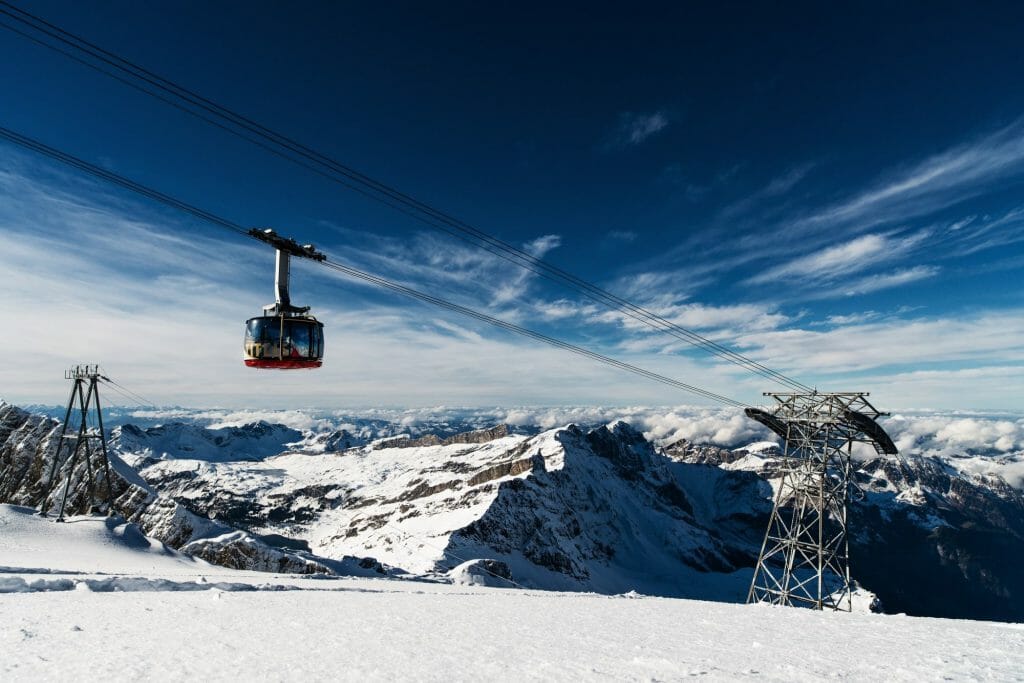 As mentioned above, Austria now has so many fast, comfortable lifts that it’s hard to decide which ones to include, and there are usually at least a dozen new big chairlifts or gondolas each winter there.

The new 10-seat AreitXpress, which has replaced one of Zell am See’s most important access lifts this winter, though, is perhaps the biggest new Austrian queue gobbler to open this season, able to accommodate up to 3,600 skiers per hour. As well as providing more space for uplift in the busy morning hours, it should also come into its own at the end of the season in spring when runs to resort thaw or are difficult for novice skiers who may well prefer to ride back down in it at the end of the afternoon too.