After qualifying was postponed on Tuesday, Woods finished third in today’s heat to take his place in the 10-man final.

Woods took the lead in the second run, making the best of the tricky wind conditions with a score of 86.68. During the third and final run, conditions continued to play havoc with just two competitors able to improve their scores.

Check out James Woods’ ?? gold medal run at today’s #utahworlds2019 Men’s #Slopestyle! This got him to the top of the podium ahead of Birk Ruud ?? with silver ?, and Nicholas Goepper ?? for the bronze ?.

That left Woods in the podium-topping position ahead of Norway’s Birk Ruud (85.40) and USA’s two-time Olympic medallist Nick Goepper (85.18).

It is the second time Woods has stood on the World Championships podium after finishing third in 2017 at Sierra Nevada, Spain.

Woods’ long-time coach Pat Sharples paid tribute to event organisers for managing to complete the ski slopestyle event in the face of weather which has hampered the overall World Championships programme.

“The last couple of days have been incredibly tough,” said Sharples. “The conditions have been really difficult due to heavy snowfall and high winds, but all the athletes, support staff, coaches and event staff have done their best to make the event happen.” 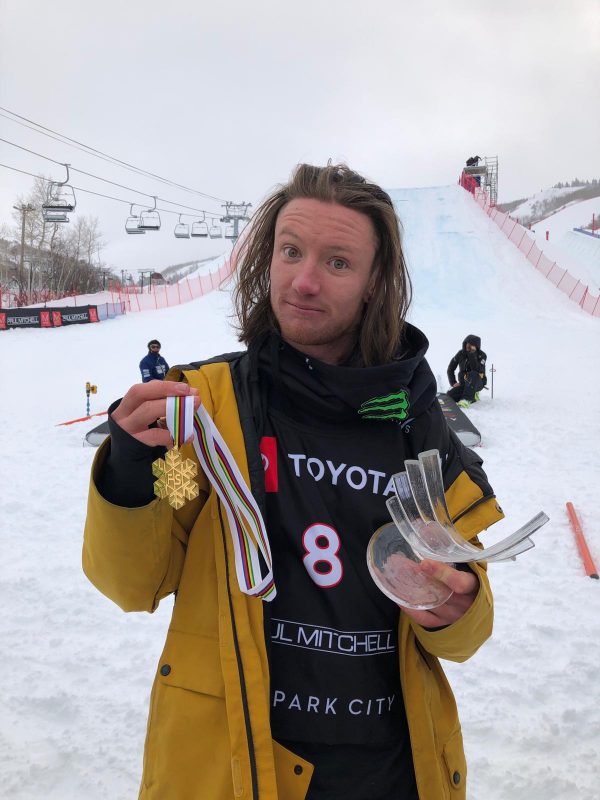