Austria’s famous skiing province of SalzburgerLand is one of the world’s best. Amongst the quickest and easiest to reach from the UK, the area has a huge choice of dozens of ski destinations from friendly, intimate villages to vast snow regions with hundreds of kilometres of interconnected slopes. St. Johann in Salzburg offers the best of all worlds with loads to do off the slopes and access to one of Austria and Europe’s larger ski regions.

With a short flight from the UK, a small airport at Salzburg to whizz through and then a fast transfer you can be in St Johann in Salzburg in just a few hours. Here you’ll receive a warm welcome on arrival and fast access to the perfectly groomed slopes. There’s lots of freeride powder to explore too, indeed there’s something for all tastes, needs and ability levels.

In short, there is lots to see and do whether you want to ski full time, part-time or not at all, and whether you want non-stop action or just to soak up the tranquillity of the peaceful snowfall and read a book.  It’s all here and waiting for you. 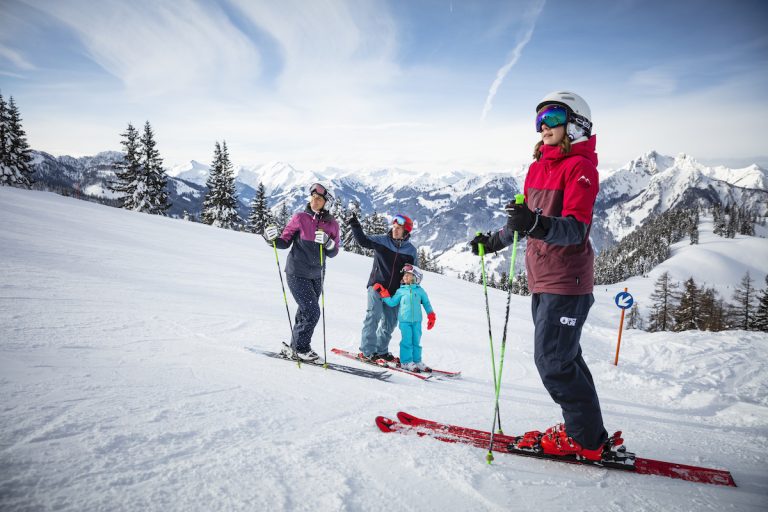 St. Johann in Salzburg, actually officially a (very) small city (population 10,000), ticks all the boxes as a great destination, being an authentic village in a beautiful natural environment, choc-full of Alpine atmosphere, but also with a good-sized ski area on its doorstep boasting 210km of runs for all standards.

What’s more, it has direct access to a wider ski region known as the Snow Space Salzburg which also encompasses the terrain at neighbouring resorts Flachau, Wagrain and Flachauwinkl/Zauchensee to create one of Austria’s five largest ski regions.  St. Johann is the closest point to Salzburg for entering this region.

Altogether there’s 210km of slopes, with the impressive new 10-person Panorama gondola link cable car completing the connection of this vast ski domain which encompasses 12 imposing mountain peaks and five beautiful valleys, all served by 70 state-of-the-art lifts. A new ’12 Peaks Challenge’ route takes you around the whole area – the challenge is, can you ski them all in a single day?  Better start early…

The whole area has something for everyone including, for more experienced skiers and boarders, two World Cup downhill runs, one of them named after international ski-racing great and ‘local boy’ Hermann ‘The Herminator’ Maier. You can follow in his ski tracks yourself (Perhaps slightly slower than the great man) following the Hermann Maier Tour route which takes you over 35 kilometres of pistes and 6,700 metres in altitude.  There are also world-famous freestyle and freeride spots like the Snowpark Alpendorf and including some awesome deep-snow ski-touring and freeriding routes. 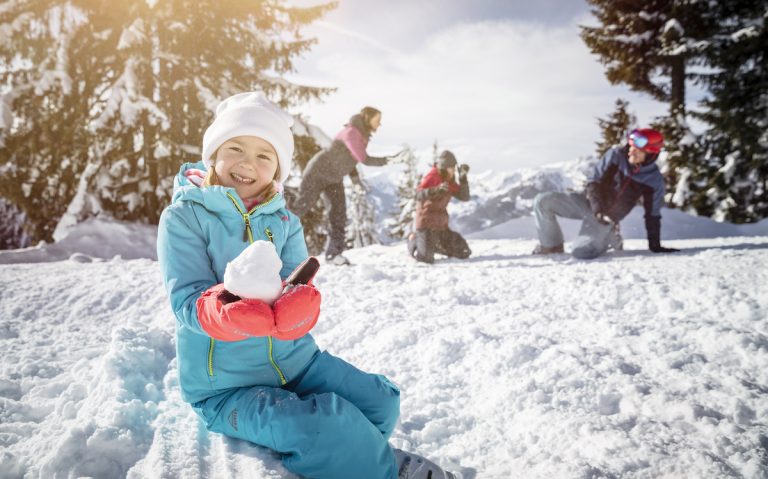 But families, in particular, will love finding something for every taste and every level of ability in one ski area because so many different needs are catered for, perhaps more than almost any other ski region!  There are dedicated children’s areas, special ski schools and almost flat slopes for the little ones. Then there are longer, wider and slightly steeper – but still gentle – slopes to progress on to, before full-length carving descents to enjoy once skills are mastered and confidence secured. 90 per cent of the slopes local to St Johann in Salzburg itself are graded blue and red.

If all this is still not enough, St. Johann’s local Alpendorf ski slopes, and the larger Snow space Salzburg are themselves part of an even bigger pass, Ski amadé,

which includes the use of 270 lifts serving 760 kilometres (nearly 500 miles) of slopes and more than 260 ski huts in the surrounding ski villages.

Of course, there’s plenty to do in this small city when you’re not on the slopes. There are three cross-country ski trails including a high altitude trail up on Alpendorf, several toboggan runs, one of them floodlit, and an ice rink just for starters.

The city also boasts a good selection of restaurants with a focus on locally-sourced organic ingredients, some enticing retail and wide-ranging accommodation options. It’s the perfect base for either a short break where fast travel is essential or a longer stay to enjoy all that this wonderful region has to offer to the full.

The numbers for the wider SalzburgerLand region’s ski slopes, of which St Johann in Salzburg is a leading part, are pretty staggering. Altogether there are some 2,750 km of runs in the world-famous ski province.

These are divided up into 1,140km of blue runs, 1,305km of red and 305 km of challenging, black-graded terrain. It’s all accessible on one lift ticket too if you like, the accurately named Salzburger Super Ski Card. With this you can ski in numerous neighbouring ski areas as well as those around St Johann in Salzburg, but you’re probably going to want to book a longer holiday. 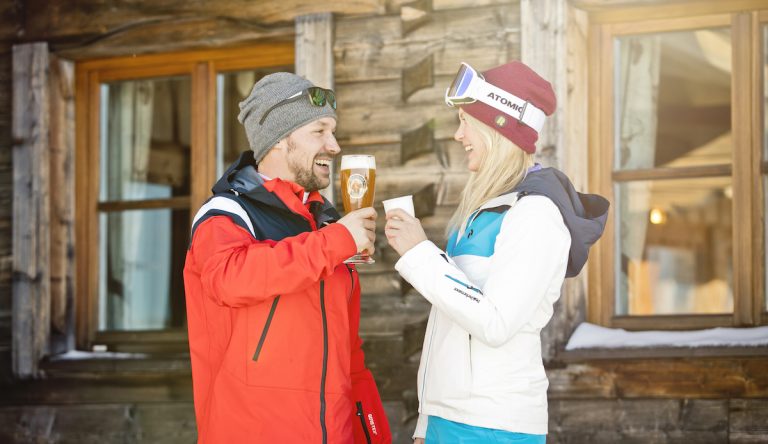 All those runs are served by hundreds of modern lifts and let’s not forget the numerous mountain hits positioned to appear whenever you fancy a break, to take in the views of the white mountains, green woodland, and snug villages below whilst you sup a hot chocolate or gluhwein or fuel-up on fresh local-food, prepared and cooked for you there and then.

Of course, it’s not all about the skiing.  SalzburgerLand’s ski villages offer a host of other activities from adrenaline options like air boarding or paragliding to the simple fun of a toboggan ride down a mountain track or something gentle like a sleigh ride or snowshoe hike. Most villages also have a wide choice of welcoming shops and restaurants and perhaps swimming pools and spa facilities too.