The ski connection between the formerly separate ski areas of Andermatt and Sedrun will be fully complete for the start of next season, a resort spokesperson has said.

A lift connection between the two areas was inaugurated by Egyptian Billionaire and property developer Samih Sawiris, who is also Chairman of the Board of Andermatt-Sedrun Sport AG lift company, in March after the lift’s construction was delayed by heavy snowfall earlier in the season, however there was no groomed piste connection – only an unmarked ‘yellow’ off piste route towards Oberalppass.

However the secured and groomed red piste towards Oberalppass will be ready for the start of winter season 2018/19, the resort spokesperson said.

Andermatt has been at the heart of what has been described as “Switzerland’s biggest building site” for several years now with Mr Sawiris (below) creating a year round luxury ski and golf resort.
More than CHF 172 million was invested in Andermatt in 2017 and the investments made since the start of the project now total CHF 900 million. 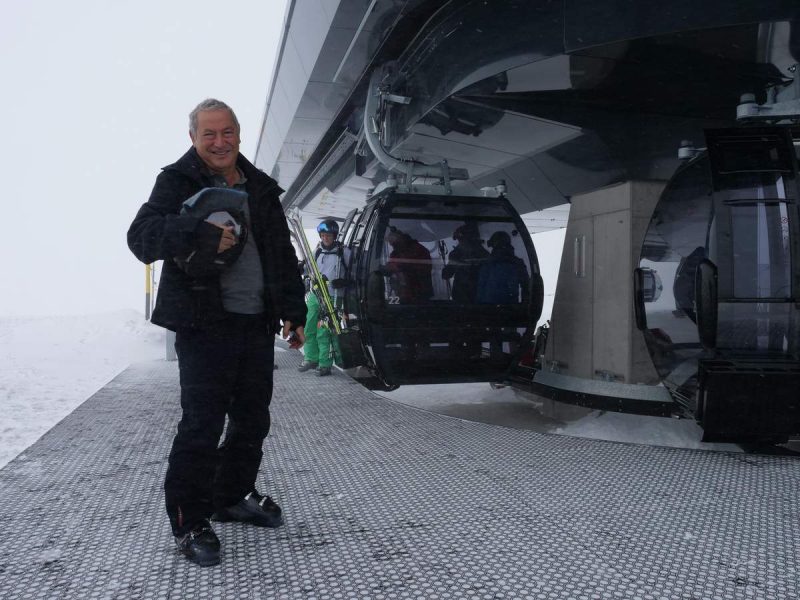 This included the new Schneehüenerstock-Flyer, which consists of 35 six-seat chairs with weather-protection hoods, which made the lift connection in March.

Real estate totalling over CHF 55 million was sold in 2017. At the close of the year, over two-thirds of the apartments in the completed and occupied apartment buildings had been sold.
The Chedi Andermatt luxury hotel recorded around 15 percent more guests in 2017.