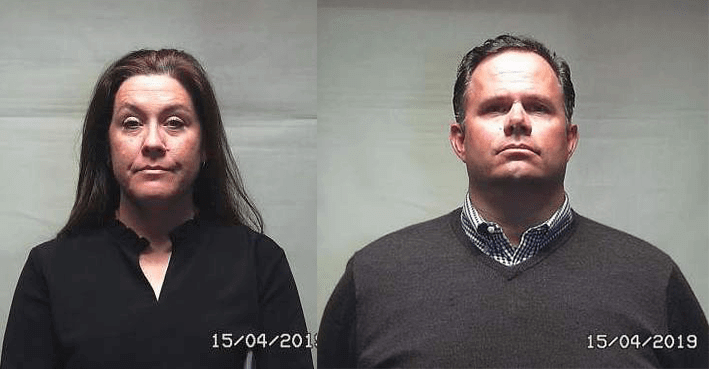 The World’s Most Prolific Ski Thief

Derek Johnson was one of Aspen’s most upstanding citizens. As well as being a director of Aspen Skiing Company, he was a youth football coach, served four years on the city council and had even run for mayor. Yet at the same time, Johnson was probably the world’s most prolific ski thief.

Over a period of 15 years, Johnson and his wife stole around 13,000 pairs of skis, bought by the Aspen Skiing Company for a market value of $6 million, and sold them on eBay, netting $3.2 million.

Jason Auslander, from the Aspen Times, covered the case in detail:

“As the crime reporter here in Aspen I write about two things: cocaine and people embezzling money from rich people!”

“You see this crop up again and again – conmen embezzle from rich people all the time, but this one by far takes the cake…this guy was stealing blindly for 15 years.”

Derek Johnson had been part of the Aspen community for 25 years. With Eric Bergstrom, he started ‘D&E Snowboards’ – one of the first ever snowboard shops, in an era when you could not even snowboard legally on Aspen mountain.

Several years later they sold the business to the Aspen Ski Company and they made Johnson an executive in charge of their retail division, which he ran for the next 17 years. He still has a listing on LinkedIn as Managing Director of Retail at the company.

Yet, despite being on a salary of over €100,000, Johnson systematically over-ordered and then sold the company’s skis on eBay.

It was only in late 2018 that ski thief Johnson was removed from his position and locals realised something strange was going on.

According to Auslander, “It started out as a legitimate deal with the Ski Company. He would take their used demo skis at the end of the season and sell them.”

“The skis weren’t worth much money and no one was making much money out of it, so on mutual agreement, they said ‘Okay, we’re not going to do this anymore’.”

“But it turns out that he just cut them out of the loop. He kept stealing their stuff more and more.”

“The cherry on top is that during this period they (Johnson and his wife) even billed The Ski Company for the boxes that they sent the skis out to their eBay customers in,” Auslander revealed.

Johnson ended up buying two to three times more than the number of skis needed and intimidated anyone who questioned his buying strategy.

The operation was significant, averaging 2.5 pairs of skis sold every day for almost 15 years. By the last full year, they were selling five pairs of skis per day, using a rented warehouse in the resort to store the stolen skis.

The scam was rumbled when one of the senior vice-presidents became his supervisor and at last, they took a close look at the books.

“Clearly, it took them long enough,” said Auslander. “They are a family run business and they trusted people…they don’t anymore!”

Derek Johnson agreed a plea bargain with the district attorney’s office and pleaded guilty to one count of ‘felony theft between $100,00 and $1 million’. He was sentenced in January 2020 to six years in state prison and was ordered to pay back €250,000.

His wife, Kerri Johnson, was given a shorter sentence of five years’ probation and 90 days in the Aspen county jail.

Her lawyers initially tried to claim that she thought they were getting these skis for free as part of her husband’s job. This was described by the judge in the case as “implausible, at best.”

However, the couple have three children, two of which are still at school, which is why the prison sentence was limited in time and to the local jail.

The damage to the community in Aspen has been considerable.

“Derek Johnson cost his co-workers money in terms of bonuses and retirement contributions. And he was a workplace bully,” Auslander told us. “But he also worked alongside these people for 20 years. The depth of betrayal was pretty deep.”

“Realizing that someone you work with is a thief is very unsettling,” said Aspen Skiing Company CEO Mike Kaplan.

Iain Martin is a co-presenter of The Ski Podcast. You can listen to the full interview with Jason Auslander in Episode 51, due to go live towards the end of this month.

Aspen Mountain To Re-Open for Final Weekend of May

Man Who Pushed Another Man Off Chairlift Declared Legally Insane