The Swiss government has decided to go against the trend in most Western European nations – including ski countries Austria, France and Italy – and not go in to a limited-time lockdown in November, for the time being at least.

It appears to mean that ski areas will continue to operate in the country for the time being, although it’s always possible individual cantons may decide on tougher measures, or for a change of heart by the federal government.

However the Valais region, where a number of the ski areas are located, has decided separately to close bars and restaurants from Friday, it had previously closed facilities like swimming pools and cinemas. Health officials are also asking people to stay at home if they can.

Last weekend 10 Swiss ski areas were already open for the season at the end of October.

Davos, Engelberg, Gstaad (Glacier 3000), Saas Fee, St Moritz (Diavolezza Glacier) and Zermatt (pictured top) had been open for some time whilst Andermatt, Arosa, Laax (below) and Verbier opened for the first time last weekend.  Most plan to open at weekends through most of November although Engelberg, Gstaad, Saas Fee and Zermatt are currently open daily. 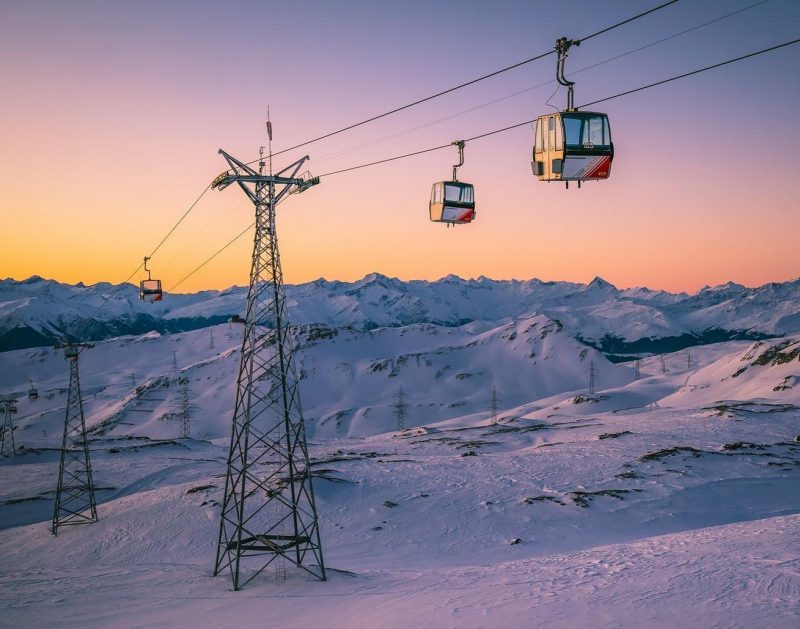 All are stressing their strict rules and regulations to limit the danger of pandemic spread, with some limiting the number of lift tickets sold to 50% capacity, others only allowing season ticket holders on the slopes in November and some limiting the numbers of people riding in cable car or gondola cabins along with many other social-distancing and hygiene measures.  All are also stressing the mental and physical health benefits of mountain holidays.

Last week the Swiss government removed the need for arrivals in the country to quarantine for 10 days unless the country they are arriving from has more virus cases per 100,000 people than Switzerland. Currently Swiss infection rates are higher than in the UK.

The Swiss government met on Wednesday to discuss a national lockdown but decided against, instead opting for tighter measures including banning indoor gatherings of more than 10 people, limiting the numbers in bars and restaurants to four people at a table (unless a larger group normally living together), insisting such establishments  close by 11pm and compulsory mask wearing outdoors.

Commentators suggest the Swiss approach is closer to the Swedish one based on learning to live with the virus with an onus on the individual citizen taking personal responsibility, following rules and acting sensibly to limit the spread. The aim is to reduce damage to the economy and the negative consequences of lockdowns on other aspects of people’s lives and mental and physical health.