Keeping Your Skis Safe on the Slopes

With the value of skis on the rise it makes ever more sense to look after your gear when you’re out on the slopes and stop for a drink or lunch on the slopes.

Ski theft is a growing problem at some top resorts and even if you have insurance, or they’re rented skis, losing your gear when you’re up a mountain is unfortunately likely to be a huge hassle.

Firstly, just physically getting back down if you’ve stopped at a mountain hut without chairlift or cable car access to the base of the slopes.

Then filling out the paperwork to get a satisfactory replacement – not something you want to have to waste time on during your holiday.

So investing in a specially designed ski lock for your skis and poles makes a lot of sense.

Even without any intentional theft of your gear, putting a lock on your equipment means those things that can happen when you’ve stopped with hundreds of other skiers at a restaurant and placed your kit with numerous other sets can’t.

So no one with the same skis and boot size won’t accidentally ski off on your skis instead of their own.

And no one will lift one of your skis and put it some distance away from the other, and where you remember leaving it, as they pull out their own.

‘Ski Lock’ is a very secure lock which secures your skis with just one click, releasing them with a key – all very quick and easy.

Your ski poles can also be put in a special part of the clamp, which is secured when the lock is engaged.

The lock incorporates a plastic-coated cable which can be used to secure the skis to a stand or other solid object, and for boarders, to lock a snowboard.

Weighing in at only 210g it will fits skis with waist sizes of approximately 70mm to 96mm – depending on the thickness of the skis and the smooth moulded casing makes the lock easy to handle in cold weather. 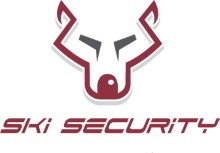 All You Need to Know About Ski Insurance