Mikaela Shiffrin has overtaken compatriot and retired ski racer Lyndsey Vonn to post the most Alpine ski race victories for a female athlete in World Cup history, posting her 83rd win in a giant slalom race at Kronplatz in the Italian dolomites on Tuesday.

Shiffrin, still only 27, is now only three wins from the all-time record of 86 wins held by Swede Ingemar Stenmark for more than 30 years.

Shiffrin admitted she was nervous before her run, but her anxiety washed away once it was time to go.

“Everything went quiet and I just pushed as hard as I could at every turn. It’s still hard for me to believe that I have the mental focus again to be strong on the second run. It’s something I don’t take for granted.”

Lyndsey Vonn , who is now in third place in the all-time winner table with her 82 wins, told the Associated Press she was happy and that records are meant to be broken, adding, “She’s going to set the new standard and we’ll just have to wait and see how high she’s able to go.” 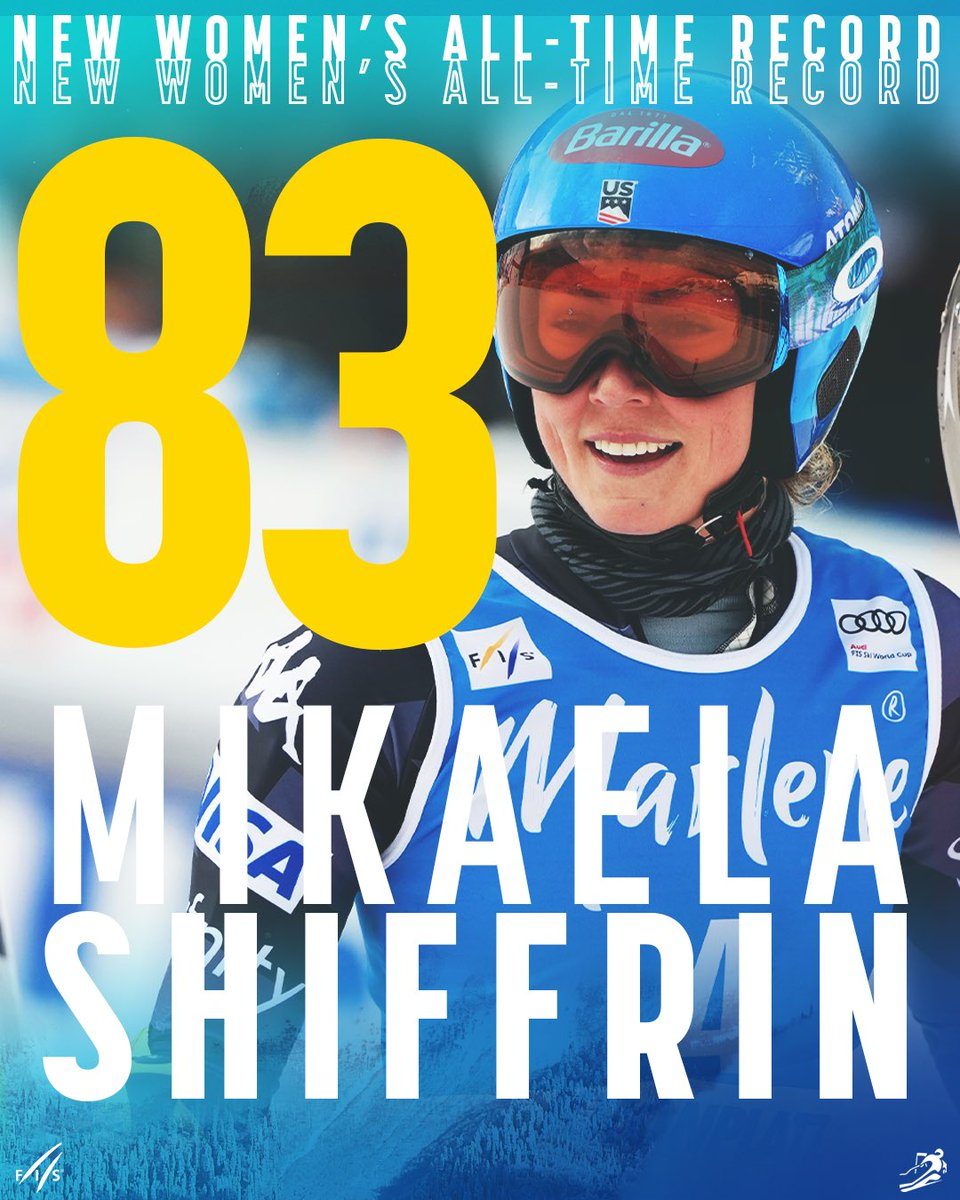