September Snowfall Begins in the Alps

Heavy snowfall has been reported on glaciers in the Alps.  The snow is expected to keep falling through the weekend with some areas forecast to get up to 60cm (two feet) of snow up high by Monday.

This morning the Stubai glacier in the Austrian Tirol (pictured), one of those likely to open for its 9-10 month 2019-20 season later this month, said it had had 10cm (4 inches) of fresh snow so far.

The snowfall is expected to intensify over the weekend and come down to lower elevations meaning many ski areas should see white coverings to their mountain tops, and sometimes down to resort level, as low as 1500 metres. 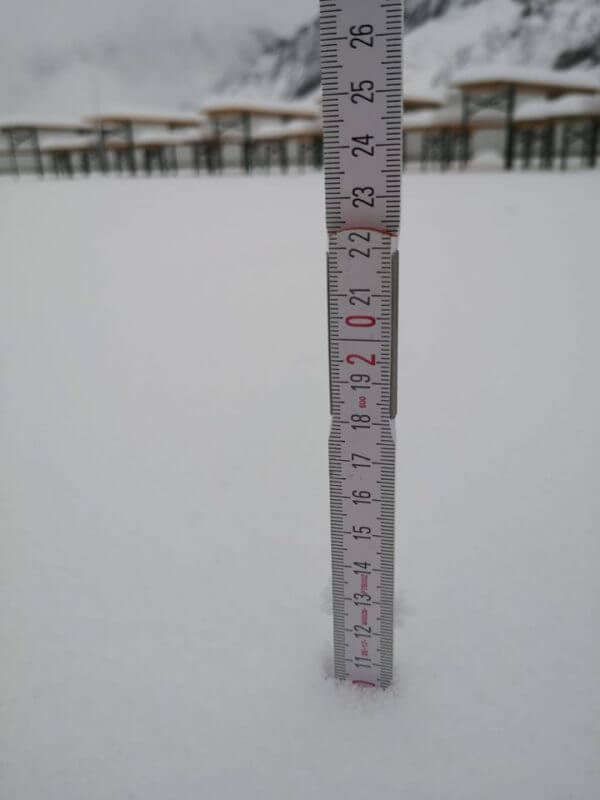 Currently only five glaciers are currently open for snowsports in Europe, a record low number for the past 50 years, with at least two that want to be open temporarily closed due to record summer heat thawing snow cover from the ice.  So the snow will come as a relief in many areas.

Yesterday staff at Passo Tonale in Italy were removing artificial covers placed on their local Presena  glacier ahead of this weekend’s snowfall. These covers are now common on many Alpine areas as communities try to slow the speed of the increasingly rapid summer thawing of the ice caused by climate change. 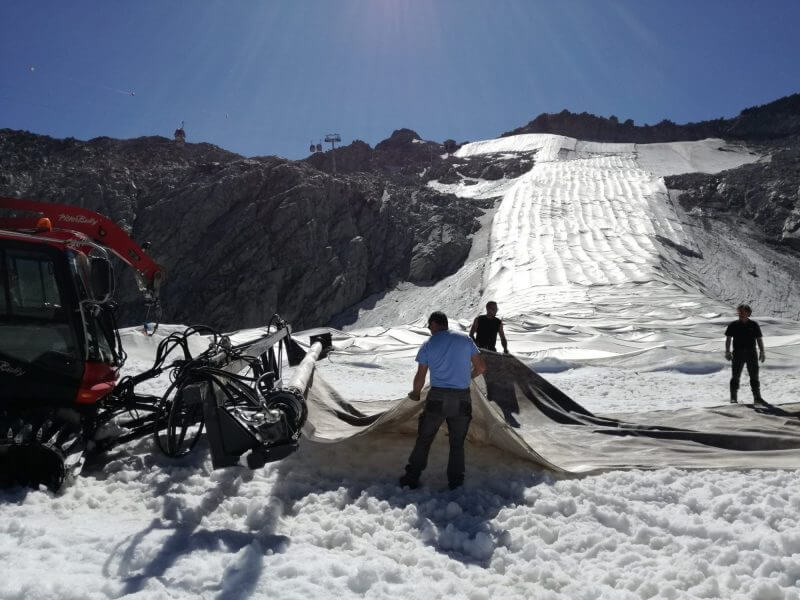 Snow at high elevations in the Alps in late summer/early autumn is quite normal at this time of year.  Last year there were heavy snowfalls in late August and by the end of September several glaciers had had more than a metre of September snowfall in total.

Ski areas currently open include the Saas Fee and Zermatt glaciers in Switzerland, Hintertux in Austria and Passo Stelvio and Cervinia in Italy, the latter has the last weekend of its summer ski season this weekend but will re-open next month.

Around 10 more glaciers are due to open or re-open in Europe over the next four weeks starting with Val Senales in Italy a week on Saturday, then the Pitztal glacier in Austria and the re-opening Galdhopiggen ski area in Norway a week later, and then Tignes in France as well as the Kauntertal glacier on the final weekend of the month.  Other areas like the Dachstein, Solden and Stubai glaciers say they’ll make an opening day decision dependent on conditions. 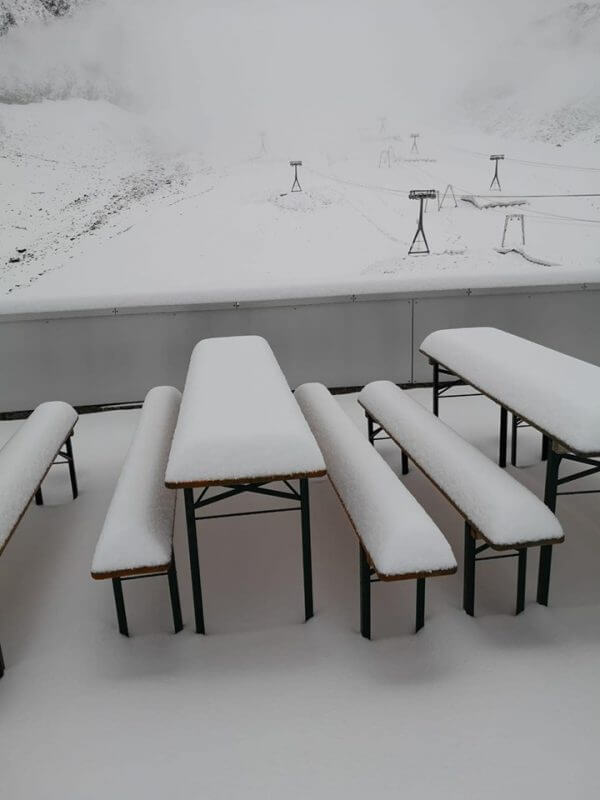