There is an OBE for Sarah Lewis, Secretary General of the International Ski Federation (FIS) for ‘Services to Sport’ and an MBE for James McIntosh, Managing Director of the Lecht Ski Centre for services to Skiing and Tourism in North East Scotland.

“My reaction is one of complete surprise, I never thought I would get a reward like this – I am really over the moon about it,” Mr McIntosh told the BBC.

According to biographical notes on the FIS website Sarah Lewis has been involved with skiing on both a competitive and administrative level for over 30 years. She was a member of the British Alpine Ski Team from 1982-1988 and competed in the 1987 FIS Alpine World Ski Championships and 1988 Olympic Winter Games, as well as many FIS competitions including World Cup and Continental Cups.

After 10 years of working in the ski industry both during and after her competitive career, Sarah Lewis took over as Alpine Director of the British Ski Federation from 1990-1994 during which she served as the Alpine Skiing team captain at two World Championships and two Olympic Winter Games.

In this period she also spent two years as a member of two FIS Alpine Committees. Sarah Lewis began working for FIS in 1994 and for four years served as Co-ordinator for the Continental Cups covering the series in Europe, North America, Far East, South America and Australia New Zealand. She became FIS Director in 1998, before being appointed Secretary General by the FIS Council at its meeting in Melbourne in 2000.

In 2006, Sarah Lewis was also awarded the “Femme en Or prize” for her achievement of holding a leading position in the largest international winter sports federation. 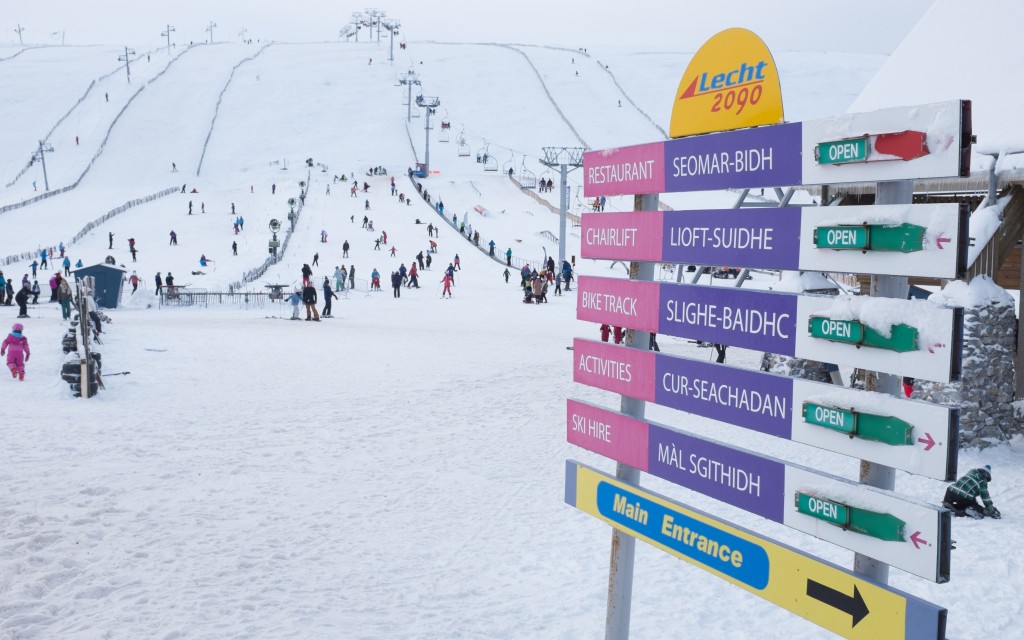 According to the Lecht’s website the idea to develop the Lecht ski area was started by James McIntosh, teaming up with Pieter du Pon during their combined time in the Fleet Air Arm.

The only thing at the Lecht before 1977 was a layby for 3 cars at the cattle grid.  The ability to attract and hold snow was turned into the adventure that is now the Lecht.  The company was formed in December 1977 along with Ronnie Winram and Professor Jim Petrie.

The Lecht has always expanded on a modular basis, reinvesting all the generated funds and now has a car park with a capacity for over 800 cars and uplift capcity of over 10,000 skiers per hour.  A new building was built in 2004 which houses all the facilities under one roof.  in the summer there is mountain biking.