Things are settling down a little in North America, with a pattern emerging of limited snowfall and often warmer-than-they’d-like temperatures in the Western US; more promising conditions further north, and fresh snow in the East.

The picture is particularly marked in Colorado where, although there was a few inches of snow last weekend, most of the famous resorts only have 10-15% of their runs open so far.  It’s a similar picture in California and Utah – Park City, the biggest US resort had less than 15 of its nearly 350 runs open yesterday.  However although its not had much fresh snow either, Mammoth in California (below this week) reports the biggest area open ion the US, with more than 100 trails operating. 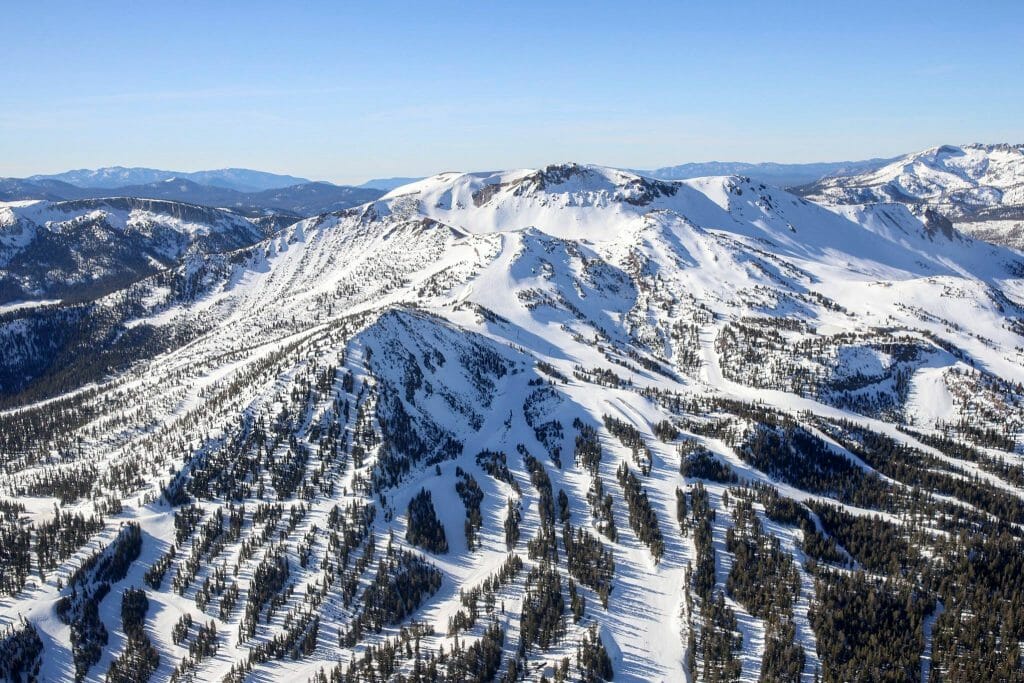 Further north in Alberta and BC it has been dry too but the slopes are in better shape and much more is open as temperatures are below freezing and much more snow had fallen in November, so most of the larger centres have 100+ trails open.

Posted by Tremblant on Tuesday, 12 December 2017

The real snow though this week is in the East where temperatures are double-digit below freezing and 20-40cm of snow has fallen so far.  Stowe is pictured top, Tremblant video above.