A new gondola installed at Les Arcs -Peisey Vallandry ski area for the coming winter has a number of environment-friendly features.

The lift will feature solar panels to help it generate electricity year-round, and the heat produced by the motors powering it will be recycled.

The new features are part of a wider policy across the resort, first to see 25% of the electricity used for the ski area to be generated from green-power sources located on-site by 2030, then for Les arcs to be fully carbon neutral by 2040.

As it is the resort already uses 100% green electricity from renewable sources via its energy supplier.

The new lift is a comfortable 10-seat gondola, installed where the old Vallandry chairlift used to be, which will take skiers from the bottom of the slopes to an altitude of 2138m in six minutes. 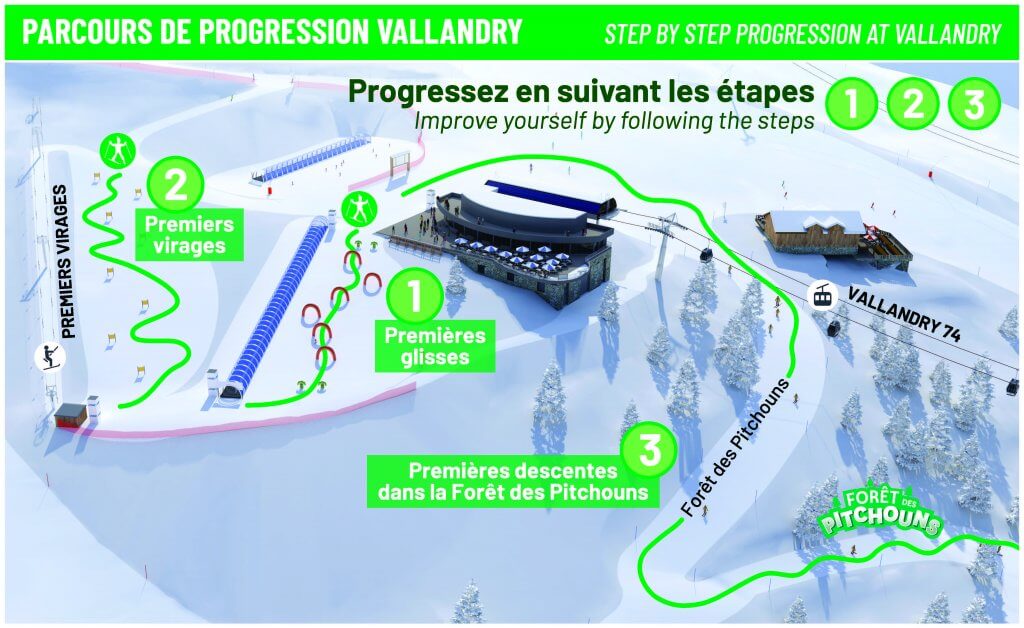 In 2019, Les Arcs started the process to obtain the Flocon Vert (Green Snowflake) label created by the French environmental group Mountain Riders to encourage mountain destinations to adopt more environmentally responsible behaviour. After a year of auditing, in December 2020, Les Arcs was the first resort in Savoie to be awarded its Flocon Vert certification.

Far from being an end in itself, it is the start of a process and gives a framework to the resort’s more sustainable development. Les Arcs will be audited again in three years and will have to commit to even more demanding actions.

Workers at Les Arcs also set up their own body, the La Ruche collective, two years ago, bringing together a number of business collaborators who work on a daily basis to accelerate the internal environmental transition of the Les Arcs / Peisey-Vallandry area.

A study by Mountain Riders found that 57% of the resort’s carbon emissions come from visitors travelling to the resort however. However les arcs is one of the easiest resorts in the French Alps to reach by rail with Bourg St Maurice station, connected to the high-speed rail network, down in the valley below and a state-of-the-art funicular railway ascending from the mainline station up to the ski slopes.