A ski area that’s officially the biggest in the USA, but unofficially the largest in North America, has opened at Park City in Utah.

The new Park City Mountain ski area, formed from the amalgamation of the former Park City Mountain Resort and Canyons ski areas after both came under the control of Vail Resorts, contains over 300 trails, 41 lifts and 7,300 acres of skiable terrain. Canyons is now downgraded to a Park City Mountain base area. Vail Resorts spent $50 million (US) on upgrades to make the physical connection over last summer and autumn, including the new Quicksilver Gondola.

The “new” ski area covers 7,300 acres, and thus overtakes the previous holder of the “largest in North America” title, Big Sky in Montana to the north, but in terms of the North American continent remains smaller than Whistler Blackcomb in BC, Canada. However, the worldwide ski area size expert, Chris Schrahe of pistelength.com, says that if you use the European measure of trail length rather than the North American terrain area measure, the expanded Park City area has more miles of marked trails than Whistler Blackcomb. 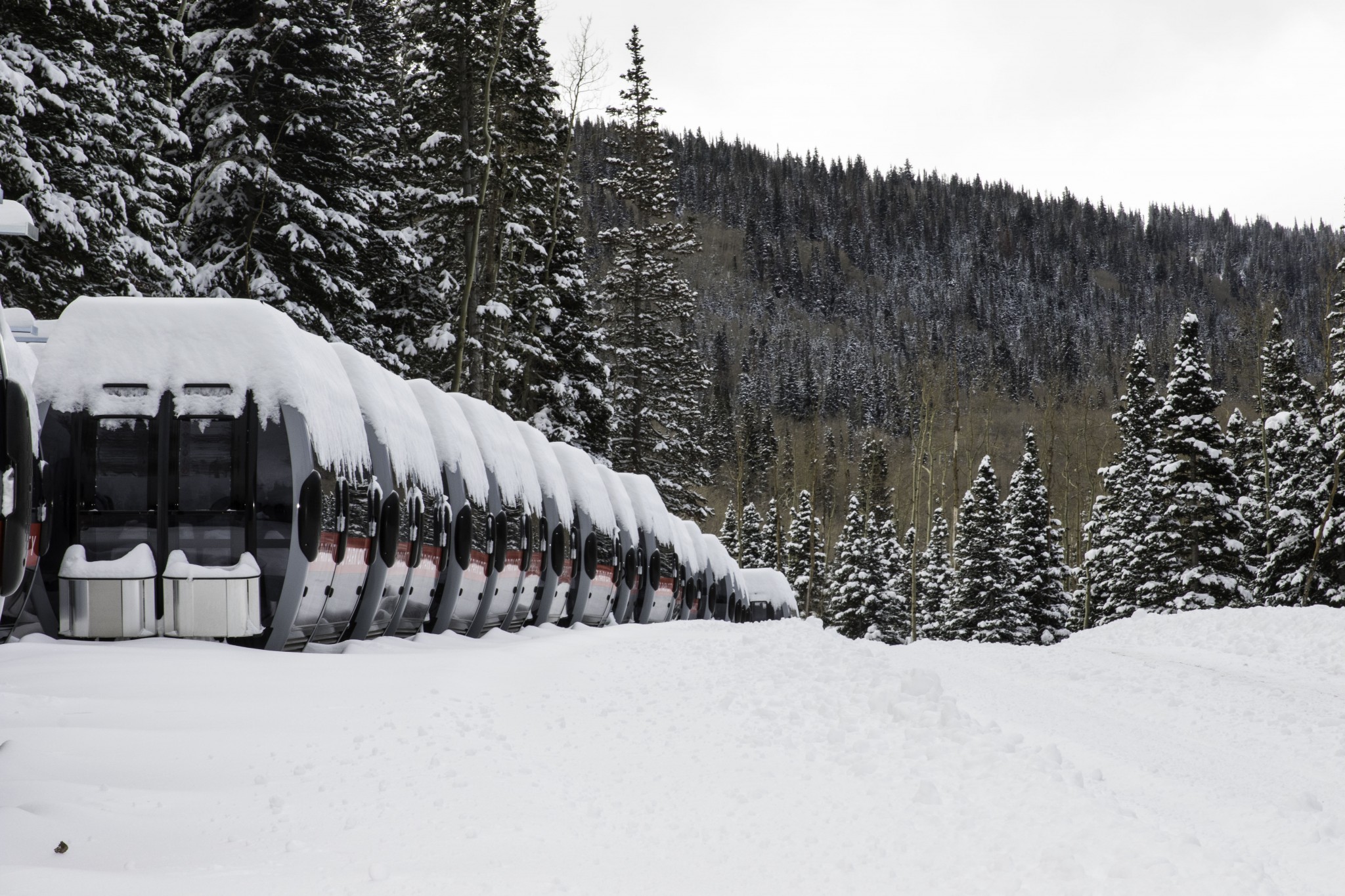 “On this historic day for our company, the debut of the Quicksilver Gondola connecting the two mountains and Miners Camp restaurant brings to life one of the most ambitious capital projects undertaken at any resort in industry history,” said Rob Katz, Chairman and CEO of Vail Resorts.

In addition to Quicksilver and the new Miners Camp restaurant, skiers will also find additional snowmaking across the resort, two new trails off of Pinecone Ridge and major upgrades to the KingCon and Motherlode lifts.