A huge snowstorm hitting North America’s West Coast has dumped up to 105cm (42”) on Californian ski slopes in around 36 hours.

The only ski areas currently open already for the 21-22 season in North America are in Colorado, but now California’s Mammoth Mountain says it plans to open two weeks earlier than originally intended, this coming Friday, ready for Halloween weekend.  It’s not yet clear if other areas will open early, Heavenly (pictured top) has indicated its sticking to its original November opening date.

Mt Rose posted the biggest snowfall so far (38-42″ / 95-105cm) but Palisades Tahoe (formerly Squaw Valley) came close saying it had had at least three feet (90cm) at the top of the mountain and posted the image below. 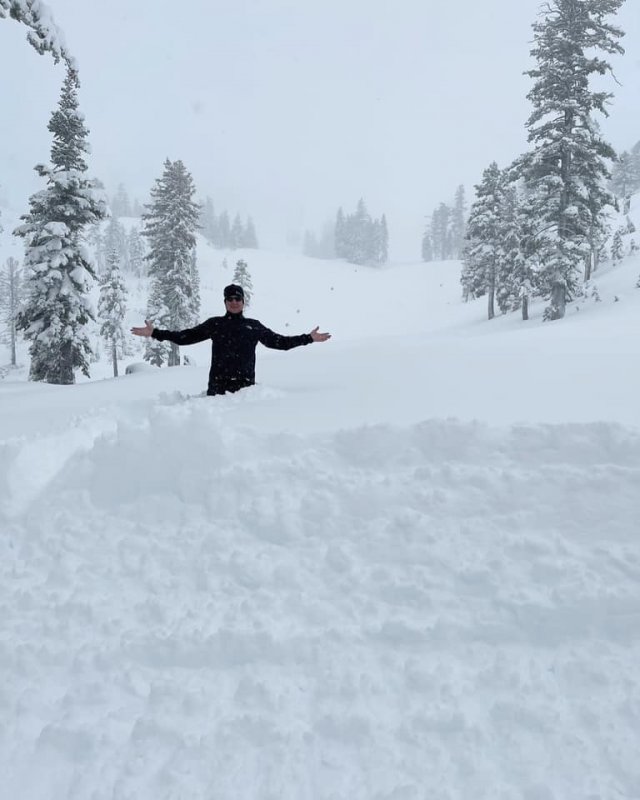 Ski areas in California had only recently been battling huge forest fires after a long, hot summer.

Leisure travel to the US is set to resume in early November for fully-vaccinated citizens of a number of regions including the EU and UK after a 20-month border closure due to the pandemic.