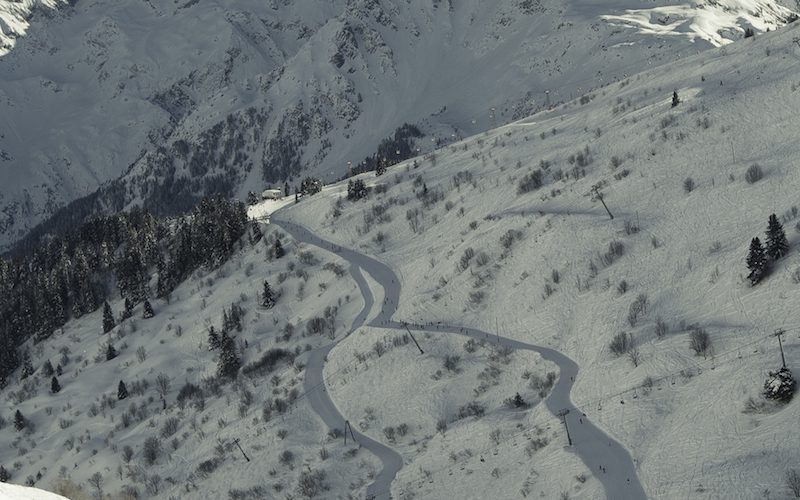 If you like tour resorts traditional, unspoilt, affordable, French, and on the same lift pass as the world-famous ski area like Chamonix, you need look no further than Les Contamines – or Les Contamines–Montjoie to give the resort its full official name.

Although regarded as a little off the beaten track to the mainsteam British tour operator market, this works in favour of those who like a traditional village that’s not swamped with Brits, but is also close to many of the big name resorts (the specialist operator Peak Retreats is here, however, see peakretreats.co.uk/ski/les-contamines.htm).

A pretty and compact Savoyard village with a long history, unlike many famous resorts, Les Contamines has been largely unspoilt by the march of time and the growth of winter tourism, with the local population still totalling around 1000, this resort remains centred, as it always has been, around a single main street, and its 18th century baroque village church.

Anyone weary of modern concrete resorts will delight in Les Contamines’ chalet style traditional Alpine architecture, even the shops are built entirely out of timber. All the buildings in the town look exactly the same, just varying in size. This helps to encourage a strong domestic market, with nearly two-thirds of all clientele arriving from within France itself. But flying into Geneva it’s only a 90-minute drive, and Lyon is not much further, with high-speed trains stopping at a station only 20 minutes from the village.

Les Contamines’ own ski area comprises a healthy 120km of trails, served by more than 24 lifts. What’s more, the area has a strong reputation for good snow conditions, with powder lasting in good shape for days after a fall, and snow cover in general remaining when other lower ski centres on the Mont Blanc pass have none.

Its local slopes are accessed by a gondola that takes you from the village up to the first stop of the mountain. From there, there’s a system of chairlifts, and a few button lifts, along with a second chairlift, which leaves from the village as well. There are two zones for beginners.

The fairly large local ski area is part of an association of local ski resorts, which include nearby Megève and the resort’s nearest neighbour St Gervais (10 minutes away on the bus), among others, altogether offering around 445km of slopes. The local 6-day pass, at less than €190 (£152), is one of the best value in the French Alps.

Off the slopes Les Contamines remains very much a ski resort, there are few alternatives for non-skiers other than outdoor options such as hiking, climbing, paragliding, or following nature trails.

Those who love their food will enjoy dining out in Les Contamines too. Although not the cheapest of resorts, prices are lower than at the most famous French resorts too, and you can expect to enjoy a good meal for an average of €15 (£12). One criticism of some of the purpose-built areas, measly portions, is not an issue here as the meals are large and delicious – the locals are justly proud of the high standards they offer.

But while there are plenty of restaurant choices, there’s also the traditional French lack of an après-ski scene, so, unless you’re happy to make your own, this is not a great choice if you’re looking for a party town.

If Les Contamines sounds like it might be the place for you, the only warning is that once hooked you may find it hard to go anywhere else. Visitors to this “hidden gem at the foot of Mont Blanc” tend to come back year after year, and enjoy the warm welcome of the same local hoteliers and restaurateurs.

It seems with Les Contamines it really is a case of ski it, love it.