American rockers Kings of Leon will perform at the grand finale of the long ski season at Ischgl in Austria at the end of next month.

The band will perform at 1pm on April 30 at the famed open-air “Top of the Mountain Closing Concert” at 2,320 metres above sea level against the backdrop of the snow-covered Silvretta Arena ski region.

Since their debut in 2003, Kings of Leon have released eight albums, selling over 20 million copies along with nearly 40 million singles worldwide. Known for their rousing live performances, the band have headlined the world’s biggest and most prestigious festivals, including Glastonbury, Coachella, multiple Lollapalooza’, Roskilde, as well as Rock im Park, Nova Rock and St. Gallen, to name but a few. 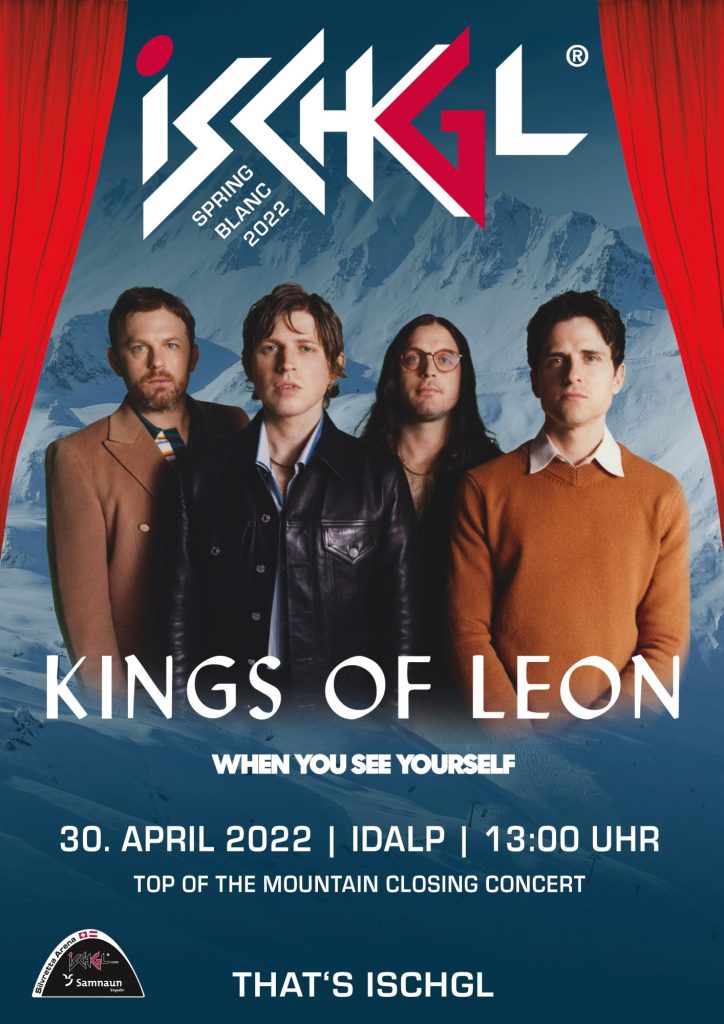 The day ski pass for Ischgl/Samnaun is also the ticket to the concert. 1, 2 or 3-day ski passes are available on site for 125, 140 or 160 euros with a guest card from the TVB Paznaun-Ischgl. For all other multi-day tickets, the regular ski pass prices apply.

Kings of Leon are not only the grand finale to the Ischgl ski season but also conclude the new event series “Spring Blanc”, which provides a program of music as well as culinary delights between April 2nd to May 1st. The month kicks off with the inaugural Top of the Mountain Spring Concert featuring Simply Red.