Rapper, singer and record producer Sean Paul, better known as ‘Mister Dancehall’ has been announced as the headline act for the Top of the Mountain Opening Concert on 26 November 2022 at Ischgl.

The gig will be the culmination of the opening weekend of the 22-23 ski season at the famous Austrian resort, where skiing will get underway on 24 November 2022.

The Jamaican’s multi-award-winning and billboard chart-topping dance hall grooves include hits like “Get Busy”, “Got 2 Luv U”, “She Doesn’t Mind” and “I’m Still in Love with You”.

The latest in a long line of global music stars to perform at both the season start and season end “Top of the Mountain Opening Concert” that bookend Ischgl’s 5 month plus ski season, the spectacular live concert will kick off at 18.00 in front of a stunning nocturnal mountain backdrop. 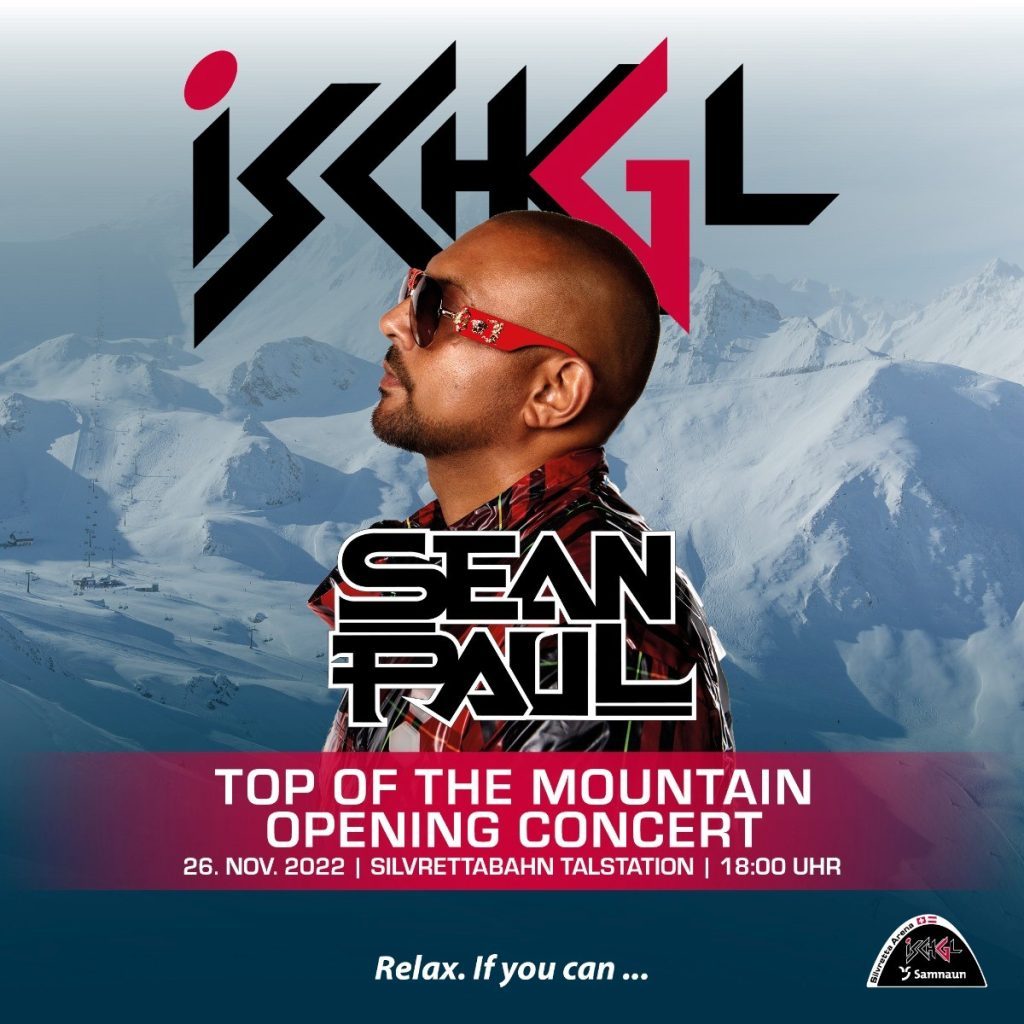 With eight studio albums, Sean Paul has become a world star with his blend of dancehall, reggae, ragga and pop. The man with African, Portuguese, Chinese and English roots has made it from his origins in the clubs of Kingston, Jamaica, to the top of the charts and the biggest halls in more than 120 countries.

Skiers and snowboarders can hit the slopes from 24 November, when the Silvretta Arena with its 239 kilometres of cross-border pistes from Ischgl to Samnaun in Switzerland starts its skiing operations.

The day ski pass is also the ticket to the concert and costs 80 euros per person on the day of the event. With a valid ski pass for two days or more, admission to the concert is included.