A major snowstorm is currently underway in the Alps.

Snowfall is widespread across the region but so far heaviest in the north and west.

The snow is still falling and new stats are arriving every few moments but so far amongst the biggest accumulations have been reported in France and Switzerland.

Crans Montana has reported the most snow – a metre in the past 48 hours, but it looks like more resorts will pass the metre mark by the weekend.

Most resorts have had 20-40cm of snow so far with ski areas in Northern Italy and Western Austria also reporting heavy snowfalls.

American skiers Chris Bell and Mac Harman, who each year scour the world to find what looks like it will be the snowiest place for a ski trip, then book a flight there, decided last weekend to head to the Western Alps and narrowed down the choice to La Rosiere.  They look to have chosen well with the resort placing sixth for the most snow in the past 48 hours, with 65cm (just over two feet) of fresh snow.

“They only had one 400m lift open today but we made the most of it!” said Mac on Wednesday evening, enclosing the picture top.

The snowfall is expected to ease off on Friday/Saturday in most areas, but continue and in some cases intensify next week a- which also marks the start of March and (by the meteorological system) Spring.

Les Contamines is pictured below. 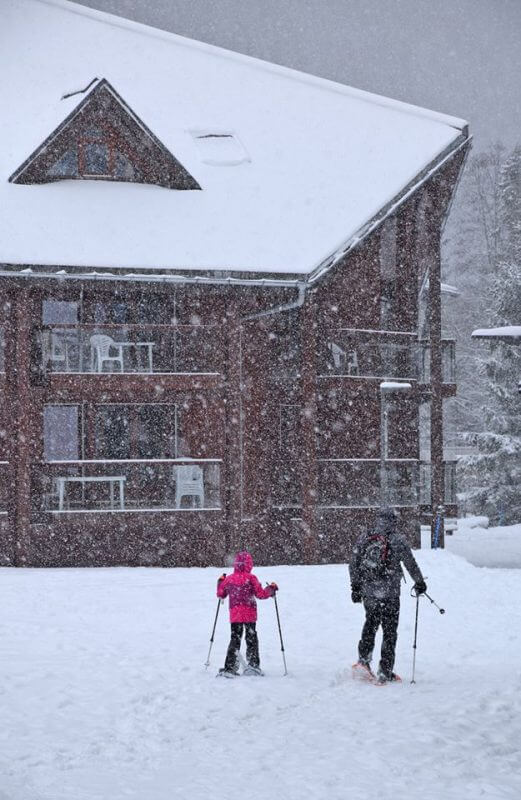