French Ski Lifts May Start Running Again in May

Les 2 Alpes has moved its expected opening date for summer skiing forward by a week from the first weekend of June to the last weekend of May.  It had previously expected to open the first two weekends of June and then daily from Saturday, June 19th, but now says it expects to be open daily from May 29th.

Les 2 Alpes is stressing though, that the target May opening is far from certain,

“It all depends on how things will evolve. The French Prime Minister said more things will reopen from 2nd May, then depending on the situation, restaurants, bars, some museums and theatres from mid-May – but it’s not completely confirmed yet,” a spokesperson explained.

After joining the first global lockdown in May 2020 French ski resorts offered summer-skiing last year and indeed reported one of their busiest summer seasons ever. It is believed they operated safely with no significant virus spikes due to safety measures in place.

The country’s ski lifts were told to stop operating in early November last year at which point only Tignes had opened, and though there were several dates in the winter when it was hoped they would be able to re-open, lifts have now been closed for six months. 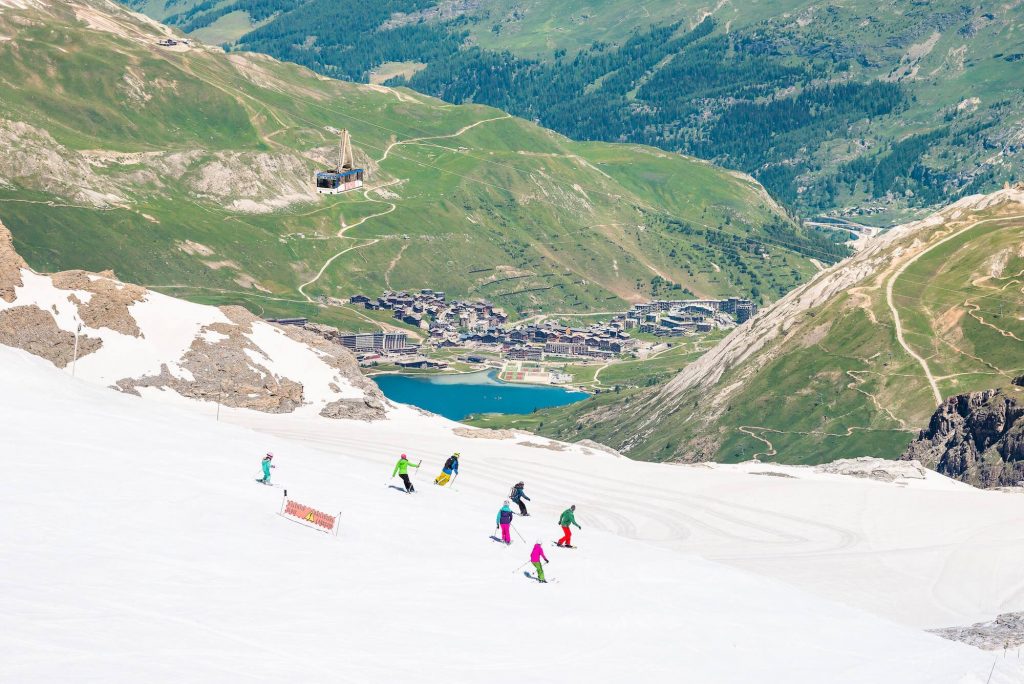 Tignes (above) currently hopes to open its ski slopes again from 19th June to 1st August whilst neighbouring Val d’Isere is aiming for a four-week summer ski season from June 12th to July 11th.

Resorts were able to operate and welcome tourists in France, offering a plethora of winter activities, but most groomed ski slopes were closed and lifts could not operate, which coupled with travel restrictions and lockdown measures meant business was dramatically down.

The rules for travel from the UK after 17th May are yet to clarified.  At this point it is unknown whether international leisure travel will definitely be allowed again then from the UK. If so it is unknown what difference there may be in rules from the different UK nations, whether Alpine ski nations will be in green, amber or red categories and whether the rules for travel to and from each colour category will change from what they were before the second lockdown. There is also the question of what rules Alpine nations that allow incoming travel from the UK put in place regarding testing, vaccination and quarantine requirements. The UK’s decision to move outside both the EU and wider Schengen travel free travel area may further complicate matters. What travel routes may be open and what insurance cover available are additional factors for anyone resident in the UK thinking of summer skiing this year to consider, if it becomes possible at all.  The British government has indicated that some of these issues may be clarified in early May at least for travel from England.