The ‘Saudan Couloir Ski Race Extreme’ is set to return to Whistler in April as part of a shortened World Ski & Snowboard Festival (WSSF), scheduled to take part in Whistler Blackcomb from April 10-15, 2018

The Saudan Couloir Ski Race Extreme is named after the famous extreme skier Sylvain Saudan.  Born in the 1980s it has not been staged for more than 15 years, and the organisers of the WSSF are excited that Saudan himself will be in town to witness the rebirth of the race, entry to which is now open to all-comers. 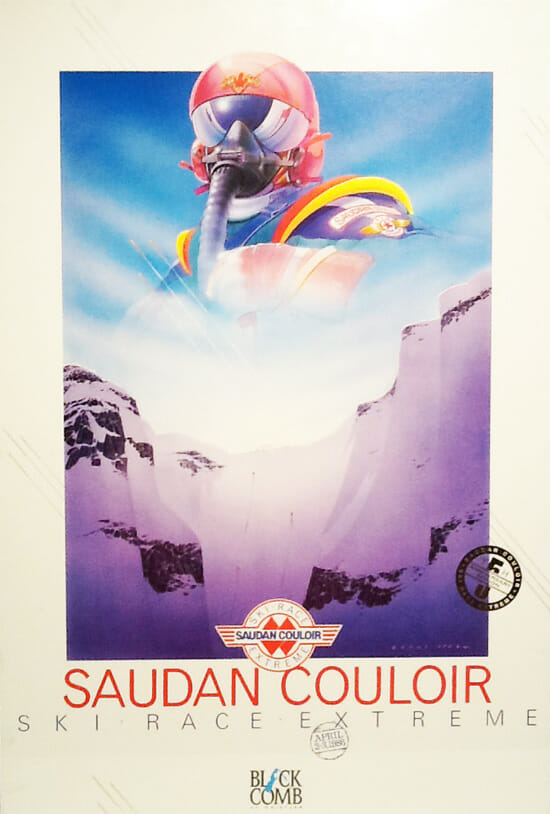 Not for the faint-hearted or the weak-thighed however, The Saudan Couloir Ski Race Extreme is lovingly described as an event that will “tighten your sphincter.”

It’s 695 metres of thigh-burning vertical includes, at times, at a 42-degree angle, from the top of the Saudan Couloir to the bottom of Jersey Cream. 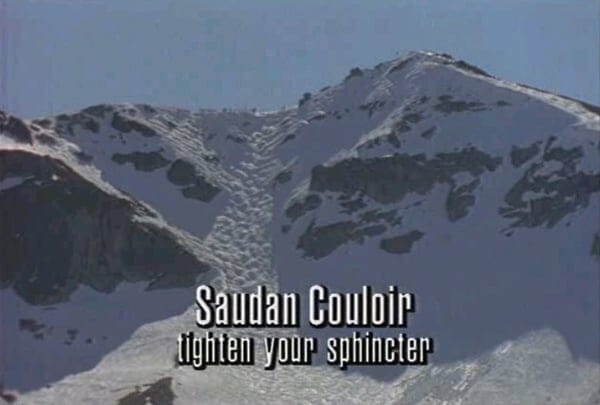 The race started in the 80’s when Blackcomb and Whistler Mountains were competitors. Blackcomb Mountain was looking for an event with the “wow” factor, and they found it. The original poster design, by Brent Lynch, depicts a fighter jet pilot in a full oxygen mask, which sets the tone perfectly for a race designed to test the limits. These posters can be found in homes up and down the valley, and this year it’s the turn of Morgan Jeske to create the new run of this famous design.

There’s $11,250 in cash and prizing up for grabs and race day will be either Friday, April 13 or Saturday, April 14 as the event organisers look for the best conditions possible. There will be pro male and female classes, and the amateur section is divided by age. 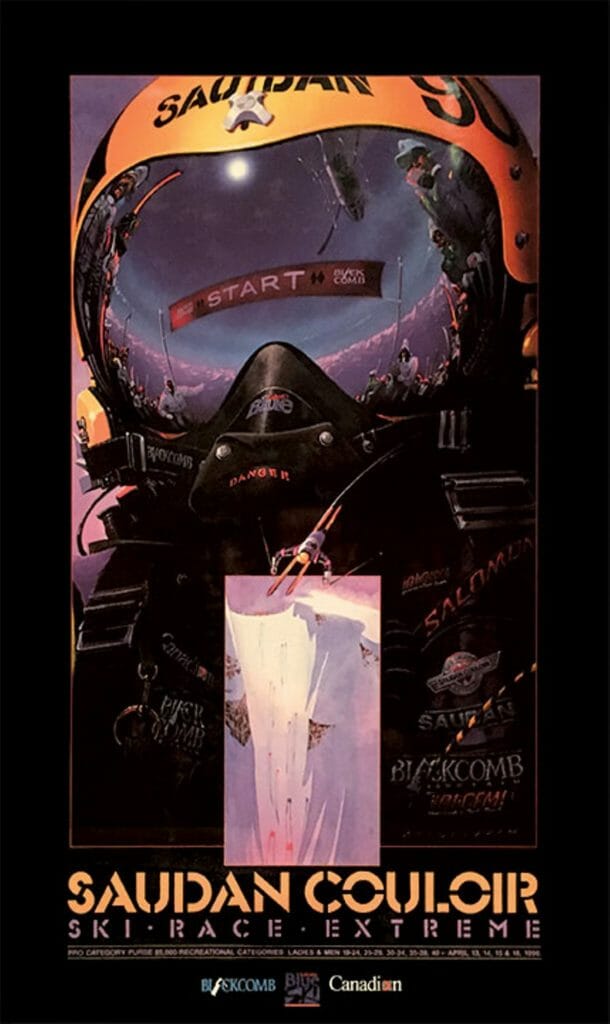