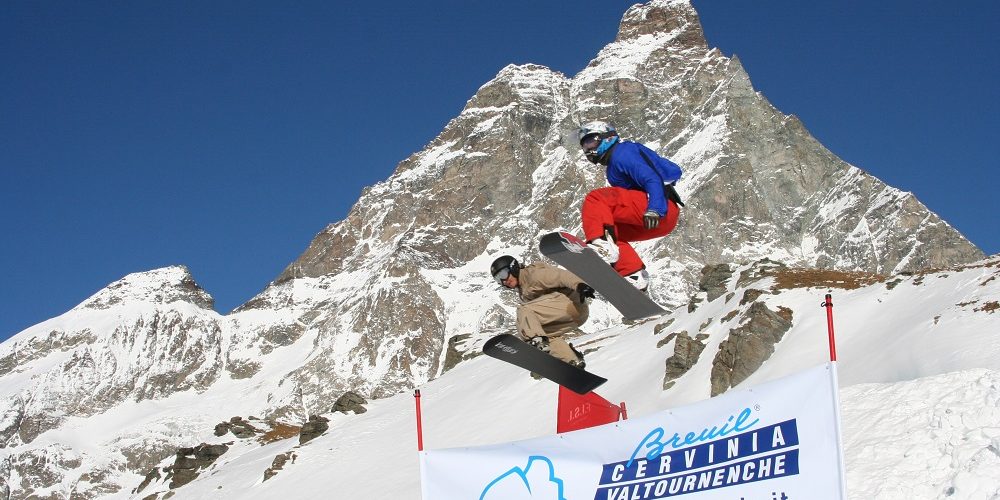 Cervinia, which recently reopened for summer glacier skiing, is celebrating 80 years since the completion of the first Breuil–Plan Maison cable car in 1936.

The lift was built within two years of the founding of Cervino in 1934 and played a crucial part in the resort becoming one of the most important ski resorts in Italy and indeed worldwide.

Today the resort operates 24 lifts and shares a larger international ski area with Zermatt across the Swiss border.

The summer ski season, which lasts until 4 September, takes places on the largest summer ski area in Europe with 25km of ski runs.

The high altitude with skiing from 3,500m at Plateau Rosà to the 3,883m Klein Matterhorn and Europe’s highest lifts at 3,899m at the Gobba di Rollin means there’s often winter-like snow conditions even during the hottest summer months.

There are ski runs for the experts (the World Cup athletes train here) but also runs for less experienced skiers. Freestylers have the Gravity Park terrain park to enjoy.

The Plateau Rosà glacier can be reached from Cervinia town in half an hour with the Cime Bianche Laghi to Plateau Rosà cable car an attraction in itself.

Once at Plateau Rosà, a museum entitled “A Mountain of Work” contains an exhibition of photos and tools used to build the first lift systems in the Breuil area 80 years ago.