“Calories Don’t Exist on the Mountains”

Research carried out by tour operator Crystal has found that winter sports activities can burn off so many calories it’s possible to gorge on a McDonald’s Big Mac Meal (including medium fries and medium-sized Classic Coca Cola drink) then burn off the 1,015 calories gained with an hour or two of snow or ice sports.

Speed skating (not a common ski resort activity but possible to try at some) tops the list for winter fitness activities with over 1,200 calories burned per hour but an average full day of skiing (five hours) burns around 2,940 calories which is 940 calories over women’s recommended daily intake and 440 over men’s, leading to the claim, “Calories Don’t Exist on the Mountains.”

The hourly burn of 588 calories whilst downhill skiing, which is 51 calories more than running on a treadmill on average, is reportedly to be the same as an hour of bobsleigh or ski jumping (although it’s not clear where there’s an hour-long bobsleigh course or ski jump). Snowboarding apparently burns a little less, 521 calories per hour but unsurprisingly cross-country skiing burns more, 756 calories per hour for men and 621 calories for men. 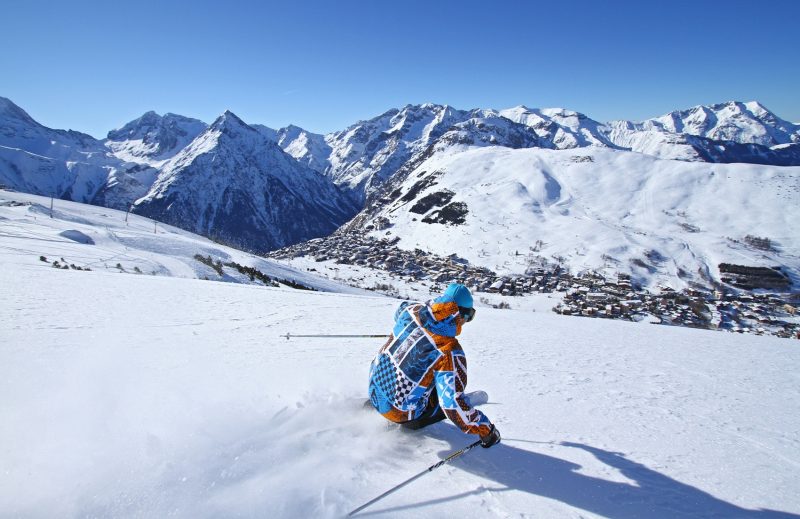 The company has launched an ‘Earn Your Apres’ online tool where anyone can see how many calories they’ll burn off depending on which sport they do and at what intensity.

“We tend to eat more during the winter periods, with changes in temperature and fewer daylight hours we crave carbs and sweet treats that put us in a good mood,” said the Managing Director of Crystal Ski Holiday Chris Logan adding, “Whilst analysing the data for our Earn Your Après tool, we noticed not only do a number of winter sports burn a considerable amount of calories, but they’re also a great way to work various muscles – all whilst having fun. Many may think of skiing holidays as luxury chalets, indulgent food and lots of alcohol, but skiing is, in fact, a great way to keep active and healthy with your family or friends.”