A New Ambassador For The Skiers Trust

A long-established charity that has been empowering young people, helping them to thrive and reach their potential through snowsports has a new ambassador …from a family that has an even longer history in skiing.

The Skiers Trust gives a life chance to young people from disadvantaged backgrounds, with physical disabilities or with special educational needs, such as autism and down’s syndrome. It also supports the next generation of British competitors to develop so that they can compete internationally and at the Olympics.

Now Nickie Mabey, Founder and owner of adventure ski specialist Mabey Ski, has become an ambassador of the charity, which is part-funded thanks to a major donation in 1990 from from Penny Mabey (1923-2002), Nickie’s grandmother.

Penny was an active member of the Ladies’ Ski Club and had a lifelong passion for skiing, given to her by her mother and which she passed on to all members of her family.

Nickie Mabey (pictured top and below) comments, “My family has this incredible, historical connection to The Skiers Trust and whilst researching my family’s skiing history, I wanted to make sure the Trust and our family connection with the charity continues. We are a family of passionate skiers and whilst many of the family went down the ski racing line, I found myself escaping the crowds, skinning up remote mountains and exploring off-the-beaten-track ski destinations. This love for discovering new places like a local was behind me setting up Mabey Ski in 2017, and now as an ambassador for The Skiers Trust, I am looking to help the charity grow to keep supporting upcoming young skiers.” 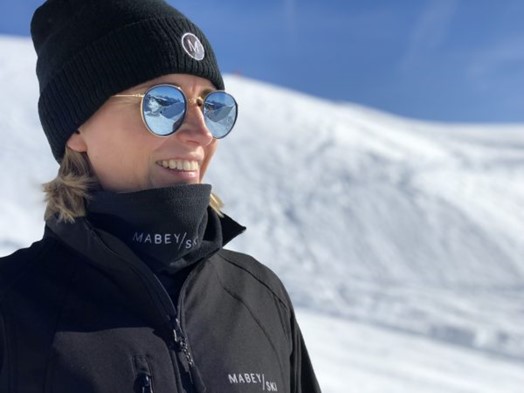 David Budge, Chairman of the Skiers Trust adds, “We are delighted that Nickie Mabey has agreed to come on board and work with us to take the Skiers Trust forward in our mission to help young people.” 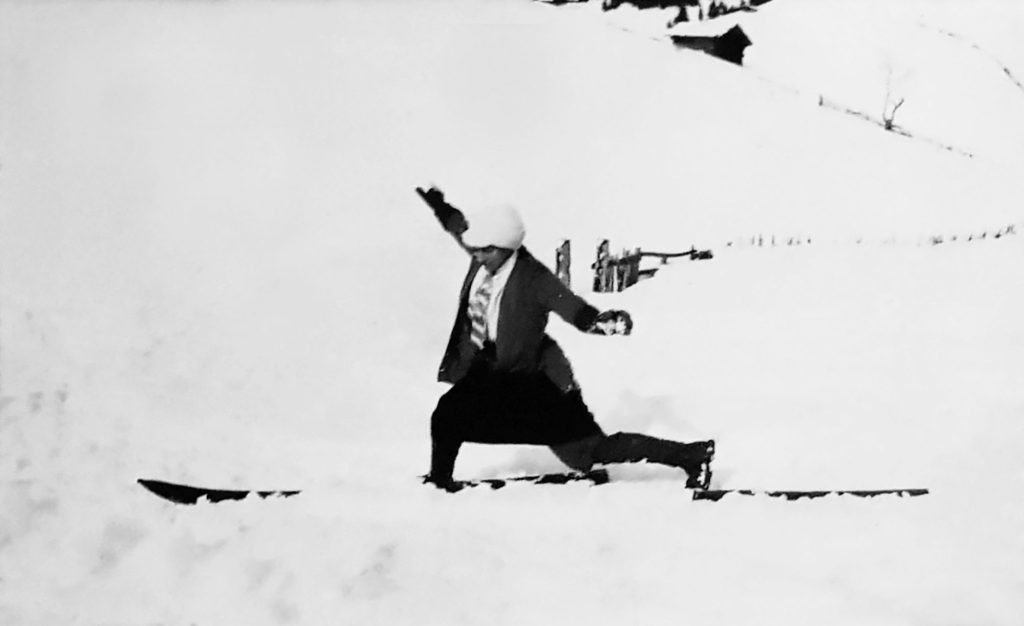 Nickie Mabey’s family have been skiing since 1912. Her great-grandmother Dorothy was one of the British pioneers of skiing (above), spending winters in Switzerland, learning to ski in long woollen skirts on 230cm wooden skis. Nickie’s grandmother, Penny, was unsurprisingly a natural skier. Tackling the slopes without gloves or a hat (let alone a helmet) she learnt to ski on the slopes of Murren, skiing on old wooden skis, which eco-conscious Grandpa Bevil would then cut down to size for daughters Biddy and Isy. Nickie’s father and five aunties progressed from ski school to trainees, two of whom made the British Ski Team. After competing at the FIS World Cup, Nickie’s auntie Isy (pictured below), became the first ever female racer to be selected by BUSC in 1972, breaking a 47-year tradition.

The Penny Mabey Fund is given as a single award and is presented to a young amateur female skier who shows exceptional commitment and drive to become an international skiing competitor. Nomination for the award is made by the Ladies’ Ski Club. Recent awards have been given to members of the GB Snowsports Alpine World Cup and Europa Cup squads including current Alpine ski racers Alex Tilly, Charlie Guest and Telemark athlete Jasmin Taylor. 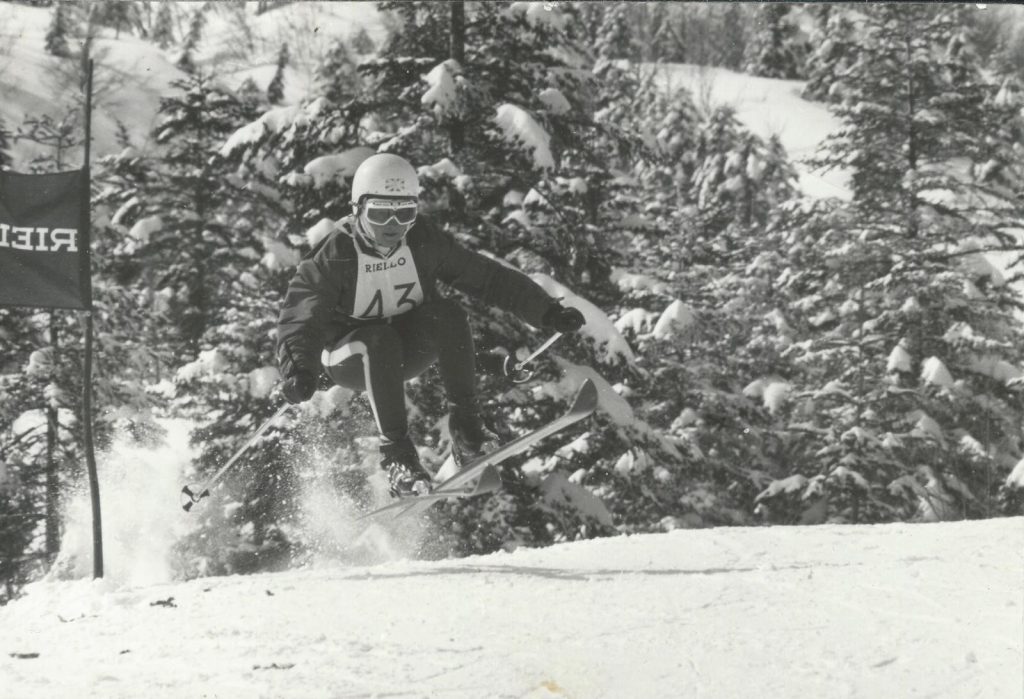