Jasmin “Jaz” Taylor is one of Britain’s most successful winter-sports athletes of all time, competing on the World Cup circuit, where she has so far achieved 29 podiums including five gold medals as well as in the World Championships, where she’s twice placed third overall and in the British Championships, where she’s a five-time winner. Jaz’s discipline? Telemark skiing, the original form of downhill skiing invented in Scandinavia more than 150 years ago and back in vogue now.

ITS> So, how did you get into Telemark skiing?

JT> “I was originally an alpine skier. I started on the dry slopes and soon went on snow with the British Ski Academy where we eventually had a trial day in Telemark. The season before, I trained for ski cross, but once I tried Telemark I was hooked.”

ITS> OK, sell us Telemark skiing!

JT> “Telemark equipment is capable of alpine skiing, ski touring and Telemark skiing. The movement is much more forgiving through the joints as everything remains in alignment. There is more freedom of movement, which means impact from higher forces and bumps in the snow are absorbed into the equipment rather than the knees or back, plus the boots are much more comfortable!”

ITS> Any advice for people wanting to give it a try?

JT> “Don’t be disheartened if you don’t get it straight away; most people don’t, but once it clicks, it feels amazing. It’s also great for improving alpine technique and general fitness. If you’re tired or afraid, you can always alpine anyway.”

JT> “At the moment I’m focusing on rectifying points that were not optimal last season, so I suppose the main goals are to resolve those issues. Although, as always I want to improve on my results from last season.”

ITS> And in the longer term?

JT>  “I’m currently in my final year studying Sport and Exercise Science part-time at the University of Suffolk. I’m really proud of this as when I started out, I didn’t think I’d ever be able to study alongside, but with the support of my university, they have made this possible.”

ITS> Is funding a problem?

JT> “Telemark doesn’t qualify for UK Sport funding as we are not an Olympic sport, but I have also been very lucky and have private sponsorship. We also have GB Telemark sponsors who support the team and include Leggett Immobilier, Dare 2 B, VOLA, Point6 and Aquatronic Group Management.”

ITS> You were campaigning for Telemark to be included in the Winter Olympics – any joy?

JT> “Telemark was voted through at the International Skiing Federation (FIS) level and put forward as an Olympic sport to the International Olympic Committee (IOC) where it was unfortunately declined at the final stage. However, this is the furthest the sport has ever been. In the future there will be further attempts, and a lot of work is happening behind the scenes to raise the profile and standards.” 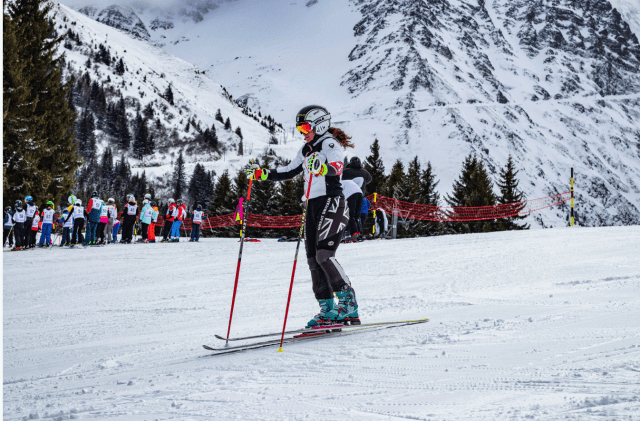