Where To Ski In Canada Now

Canada’s 22-23 ski season is set to get underway early, this Thursday 3rd November, after the west of the country – particular Alberta and inland BC – has seen heavy snowfall and low temperatures for much of the past fortnight.

Banff’s ski area Sunshine Village (pictured above and below yesterday) has moved its planned opening date forward by a week from 10th November to this Thursday, 3rd November.

Lake Louise had already planned to open on Friday 4th and the third Banff area, Mt Norquay, for this weekend also.

They say they’ll open with the Strawberry Express lift running and a small terrain park set up on Strawberry.  Tickets will be $68.

Nakiska, the closest ski area to Calgary, will decide tomorrow whether it will be the fourth Alberta ski area to open this weekend or not,

“It is snowing hard here and there’s more on the way!” spokesperson Matt Mosteller commented.

A fifth Alberta resort, Marmot Basin up near Jasper in Alberta, is aiming to open on Thursday next week, 10th November. 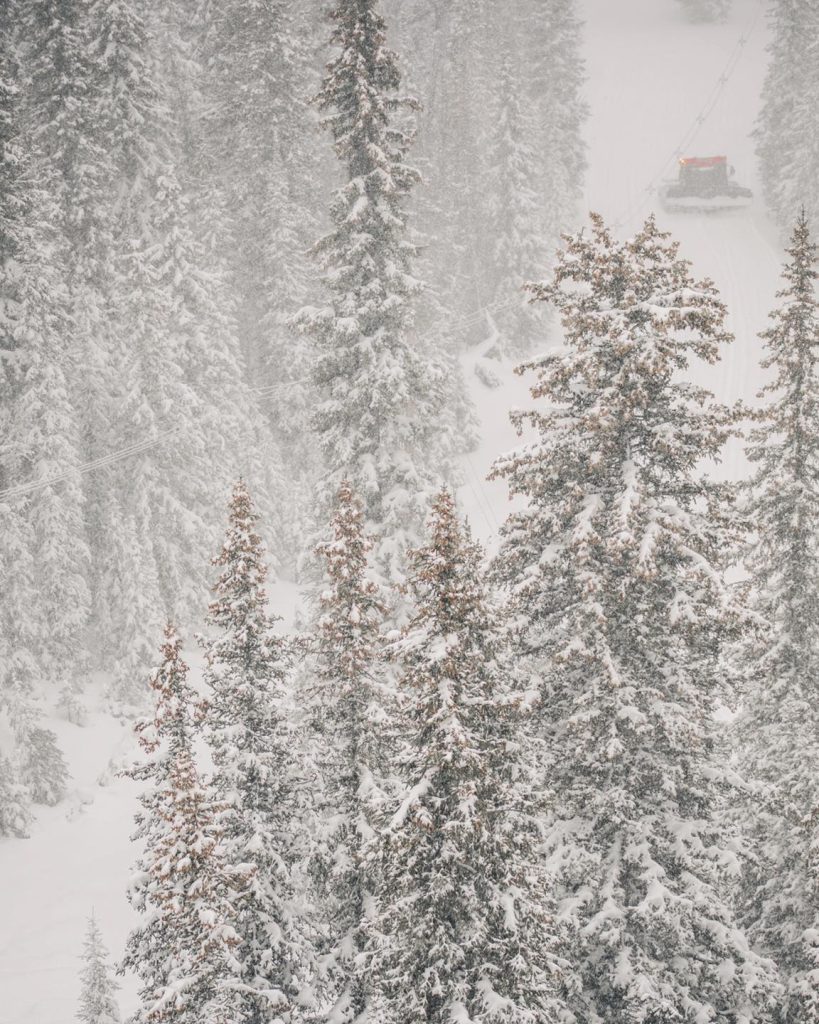