The news last night of a limited-time lockdown in the France means that ski areas will be closed there through November, with the hope that the lockdown will send pandemic numbers down and something closer to “new normality” will resume in December.

In fact most French areas don’t open until December anyway, the only resort that would have been open through the lockdown is Tignes (pictured top earlier this month), who have posted “see you soon” on their website this morning.

Les 2 Alpes (pictured earlier this month) was also open for the latter half of October but was due to close this weekend in any case before re-opening in a month’s time. 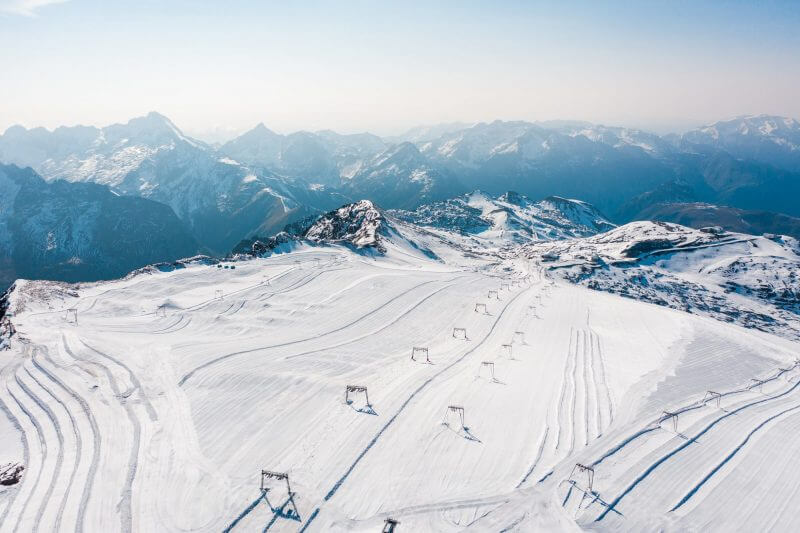 The French move follows similar announcements in Germany and Italy.  There are no areas currently open in Germany although the Zugspitz glacier had been due to open in mid-November.

In Italy four centres had already opened and two have decided to stay open, apparently against the national ruling, saying they were making sure operations were safe and that the health and well-being mountain holidays offer were more important.

Cervinia opened on Saturday,  closed on Monday but is re-opening today to ski racers, although not the general public.

Against all this bad news from the virus pandemic, ironically (and somehow, inevitably, autumn snow conditions are reported to be much better than usual following lots of October snowfall.

Verbier is the latest ski area to announce it’s opening early, this Friday, following resorts like Gstaad and Davos earlier this month and across the Atlantic Mt Norquay and Lake Louise in Canada (the latter opening today) as well as Wolf Creek in Colorado which opened yesterday following nearly two feet of snowfall in  Colorado.