Kickstarting the Winter season, The Telegraph Ski and Snowboard Festival celebrated their 45th Anniversary with hundreds of excited visitors who entered Battersea Park over the 25th – 28th October.

The event has now well and truly developed from a show into a Festival, complete with sparkling lights, mouth-watering food options and dazzling entertainment. It seems that the public are loving the new-look Festival too, as this years’ event saw an increase of 24% on visitors from last year.

New attractions for 2018 included a vintage Ferris wheel, dog sledding the Chel-Ski Slope, Snow+ Rock’s Climbing Wall, and film screenings from The North Face and Quiksilver, so it was no wonder guest felt this was the best year yet!

And the party didn’t stop there! An extended range of après activities brought a lot of fun to the weekend evenings. Headline act, The Sunset Sons lit up the Ski Club of Great Britain stage, while Famous First Words had crowds singing along and even braving centre stage to be critiqued by none other than British Olympic Gold Medallist Jenny Jones.

Opening the Festival this year, British Olympic Bronze Medallist Billy Morgan and Love Island 2018 contestant Laura Crane cut the ribbon allowing eager visitors to explore all the Festival had to offer. The addition of the Kids Entertainment area lead by Tootles & Nibs provided children with a range of winter themed games and activities while parents could visit the World’s top ski and snowboard brands and resorts to plan out their upcoming ski season.

The return of the always impressive ‘Mount Battersea’ saw British Ski and Snowboard athletes launch themselves off the 50 ft. real snow kicker into the air, stomping some incredible tricks. The Crystal Ice Rink also made a return and welcomed people of all ages to enjoy ice skating.

Samantha Pearce, Head of Marketing, said: “We really saw the festivisation of the event come to life at this year’s show, with more content than ever before and so much for children and families to do we were delighted to welcome so many new faces to the festival.

“We had a 23% increase in visitors and  the busiest Saturday for 3 years , 2 nights of Après entertainment and a host of Ski & Snowboard talent including Billy Morgan who opened the show! We can’t wait to get to work on plans for 2019! Watch this space.” 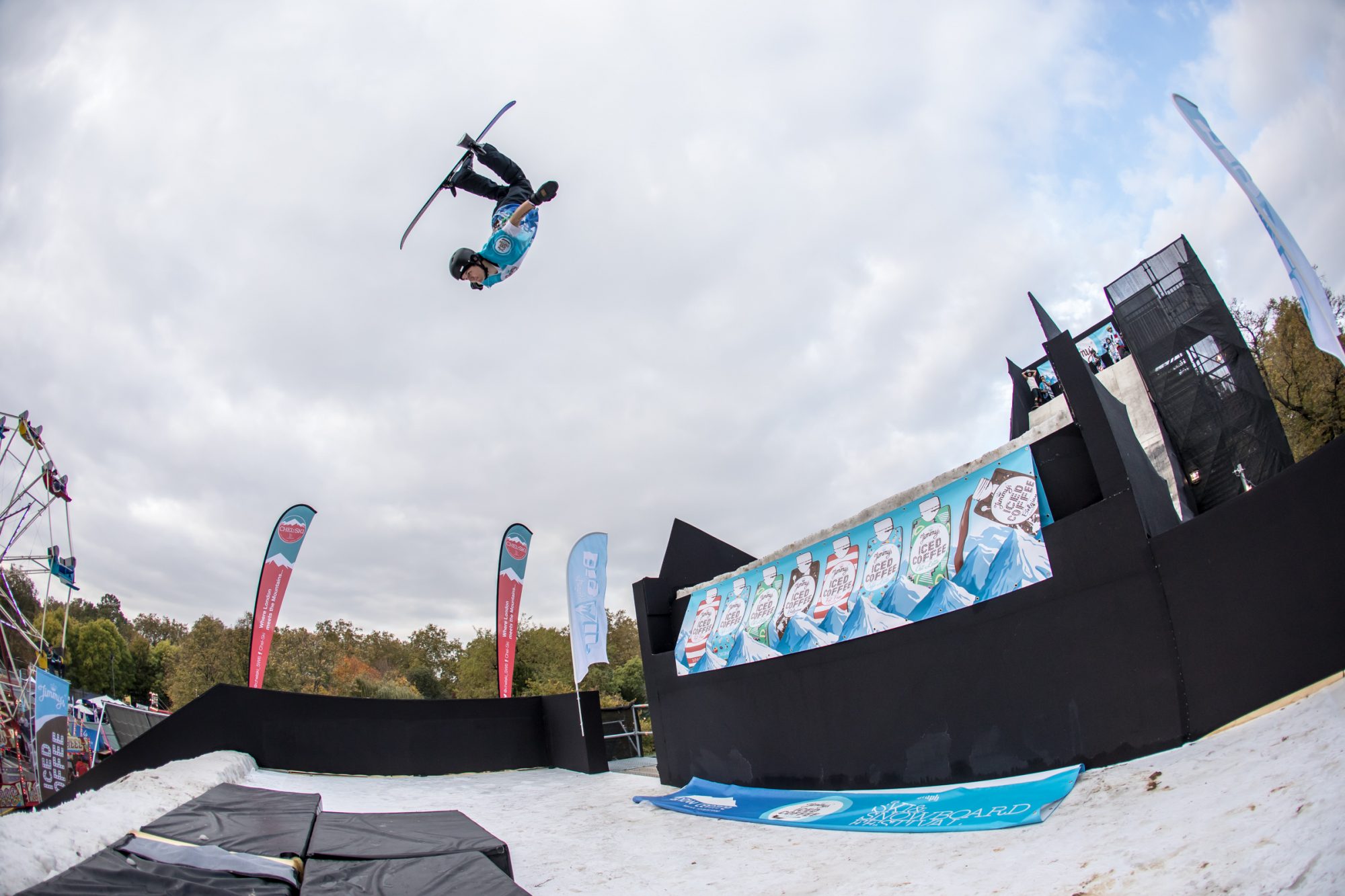