The Glacier 3000 ski area near Les Diablerets and Gstaad has announced its opening early for the 2020-21 season, this Monday 28th September, after it received 70cm (28 inches) of snowfall in the recent snowfalls that have blanketed the Alps.

The resort, which also got 30cm (a foot) of snow at the start of this month (pictured below), had been due to open for the season on November 6th, so this week is more than a month earlier than planned. 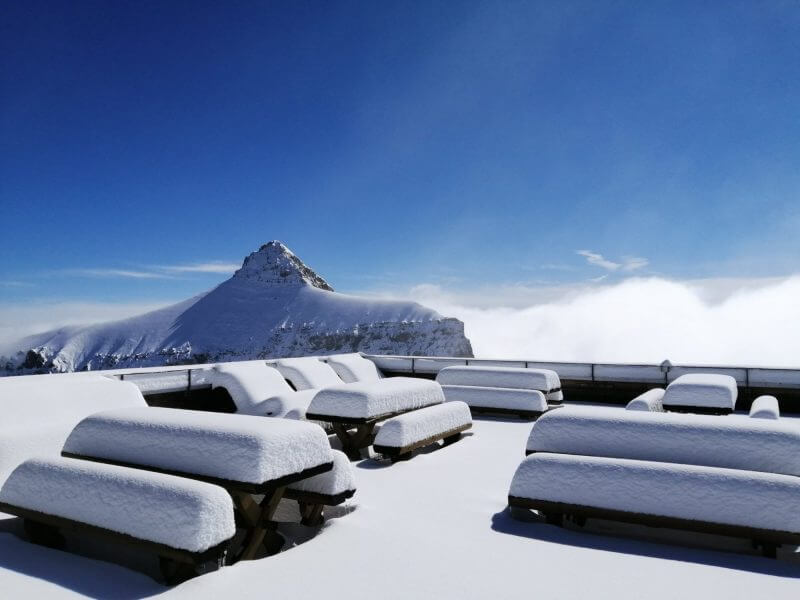 Initially the resort will just open the Scex Rouge piste and lift.

70cm is the largest accumulation reported in the Alps so far, but many resorts have reported 30-50cm of snow, and snowfall fell as low as 500 metres above sea level in Austria.  Several records were broken for the early date and quantity of September snowfall.

There are now nine glacier areas open in the Alps with Saas Fee and Zermatt already open in Switzerland.  Five more are due to open next weekend including the Kitzsteinhorn near Kaprun and the Stubai Glacier.  This will take the total to 14 – eight of them in Austria, four in Switzerland two in Italy.  Tignes is due to be the first in France to open on the 10th of October.

The past few days has seen snow falling on slopes all over the world. In Europe there’s been snow in the Dolomites and Pyrenees as well as the Alps and snowfall in Scandinavia too as well as the first dusting of slopes in Scotland.  Ski areas in Canada have also reported snow up high, as have Gulmarg in India and Niseko in Japan.  In the southern hemisphere there has been up to 45cm of snow in Australia and fr4esh snow in New Zealand too as the 2020 season there draws to a close.

Back in Europe the Pitztal glacier, with Austria’s highest lifts, has reported the most snow in Austria from the recent storm, with 50cm (20 inches) falling and pictured below on Saturday. It is already open for the 20-21 season. 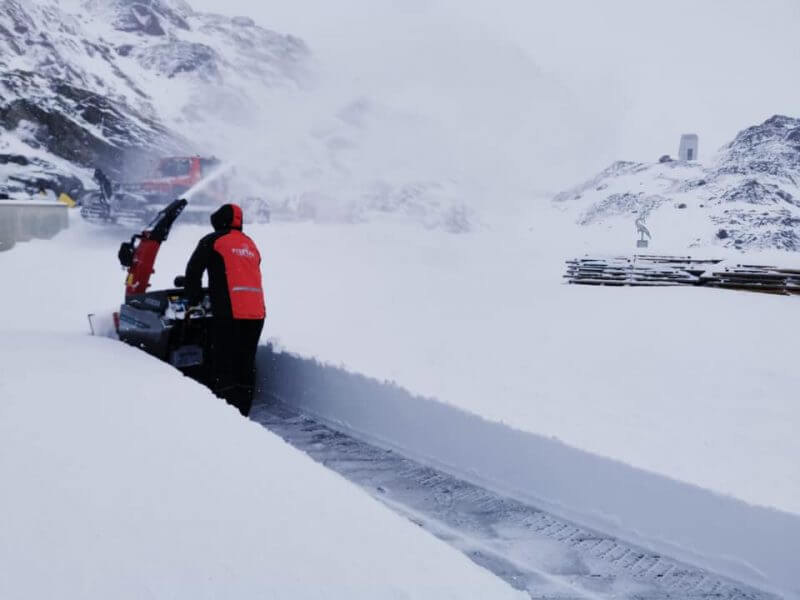