Many of us in Europe haven’t made it on to the slopes at all this season thanks of course to ski area closures in some countries and travel bans to countries where the slopes are open.

But there’s an outside chance that some of us will be skiing on snow that was lying this winter, next winter, as a number of resorts begin the annual “snow harvest”.

“Snow farming” as it is known has proved increasingly popular at more and more ski areas in Europe over recent years. The idea is that snow is stockpiled at the end of the season in a big mound, usually in a spot sheltered from direct sunlight. It is covered in tarpaulins, sometimes with straw or sawdust to add insulation from the summer heat.

Remarkably about 60-70% of the snow tends to survive for six months or so in this way and when temperatures start to drop again in the autumn it is spread back out on the slopes, meaning they need not wait for natural snowfall or even cold enough temperatures for snowmaking.

The resorts using this technique to help ensure an early start is growing each winter. Scandinavian ski areas were some of the pioneers and Levi ski area in Finland, which is open until May 9th, said this week its G2 slope is now closed as they have started piling up snow there. 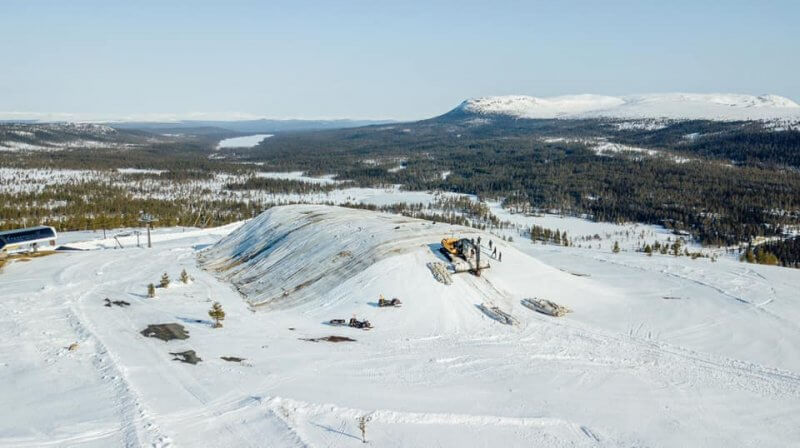 It and fellow Lapland ski area Ruka (pictured a few days ago top) both maintain ski seasons from the start of October thanks to snow farming. Sweden’s Idre Fjall (pictured above this week) is another where they’ve starting their summer snow stockpile.

In the alps big name ski areas that use snow farming include Kitzbuhel (pictured below in October a few years ago) which manages an eight month/200 day ski season from early October to early May thanks to it. 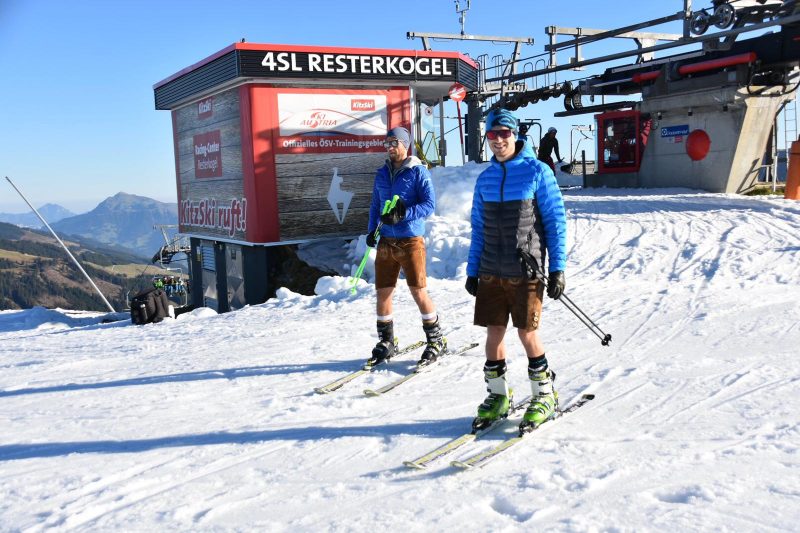