Rather than extend into virgin terrain, the French ski resort of Les Menuires has opted for some smart thinking and sought to better utilise its existing terrain at La Masse.

Nearly €22M has been invested by lift company the ‘Société d’Exploitation de la Vallée des Belleville’ to turn Pointe de la Masse, until now a generally less well known and less skied part of the world’s largest ski area, into the ‘place to be’ in the 3 Vallées. 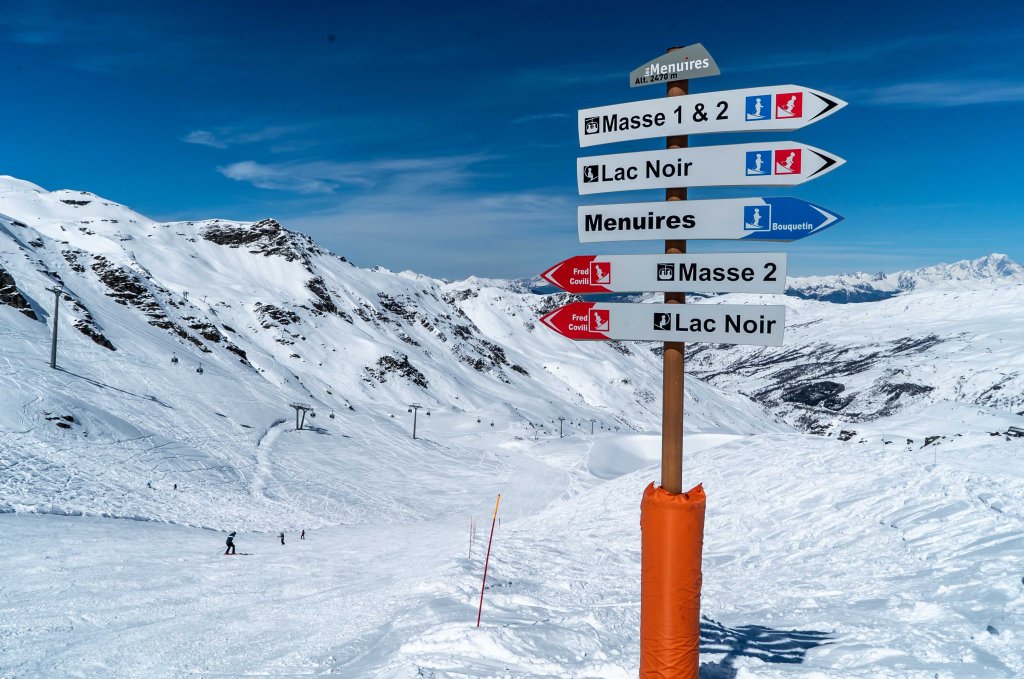 A key part of the spend is on a swish new Leitner lift which departs from the heart of the resort and climbs more than 1000 vertical metres to the summit of La Masse at a very snowsure altitude of 2,804m in just eight minutes. Infact the new lift, travelling at more than 7 metres a second, is one of the two fastest in France and makes the ascent in less than a third of the time it took its predecessor.

“With the new lift, La Masse becomes the place to be to ski! Previously skiers were put off by the amount of time it took to ascend and less than a fifth of them stayed on to do the upper section – but now can now wave goodbye to the daunting descent between Masse 1 and Masse 2. It is an opportunity to (re)discover a little-known area whose exceptional snow coverage is guaranteed by the Masse reservoir (80,000 m2) and the artificial snow network,” a statement from Les Menuires reads.

The new lift’s top station is entirely clad in glass and stone, is partially underground and has views of the Lou valley. An escalator from the gondolas’ arrival point takes skiers to the top of the slopes and provides access to the 800 m2 terrace with 360° panoramic views. Taking a break at ‘Le 2800’ restaurant is a must. It has been refurbished and now has an outdoor snack bar accessible on skis and a sunny terrace with panoramic views. 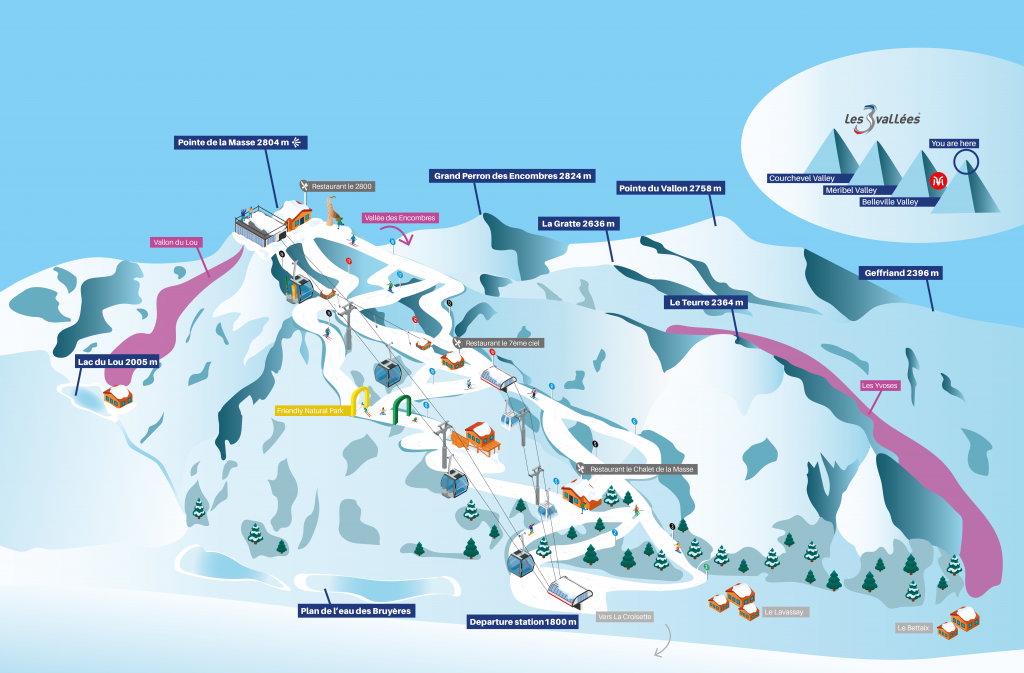 Another benefit of the new lift is that you no longer need to be an expert skier to enjoy your first experience at high altitude. Beginners in the region were previously confined to the blue runs at the foot of the mountain but can now take the lift to the summit of La Masse. The first zone of Masse 1 used to be reserved for ski schools and beginners, but the new ski lift makes the top of the mountain accessible to more people with several blue runs available (including La Bouquetin) as well as red runs. One of these runs is called ‘Fred Covili’, named after the Les Menuires’ Olympic champion.

Three lifts and 29 towers have been removed from La Masse (the Masse 2 ski lift and the Rocher noir and Lac noir chairlifts have been sold and recycled) as part of the new development, greatly improving the look of the area.