Ski resorts across the Alps have been reporting heavy snowfall.  Glacier areas, including centres that are already open for their 21-22 ski season, have reported up to 30cm (a foot) of snowfall.

Italy’s Passo Stelvio is pictured top, it reports 25cm (10″) of fresh snow and is one of eight glacier areas in Austria, Italy and Switzerland already open for the ski season, four more are due to open this coming weekend, along with the first two centres up in Finland, Levi and Ruka.  The 21-22 ski season in France is due to start in Tignes the weekend after next.

The Stubai glacier, opening for the season on Friday, along with already open Hintertux (pictured below) and Pitztal, reported a full 30cm (12″) of snowfall so far.

There have been smaller snowfalls in August and September but this one is much heavier and pushed the snowline down below 1,000m altitude in some areas, by far the lowest it has been so far this autumn. 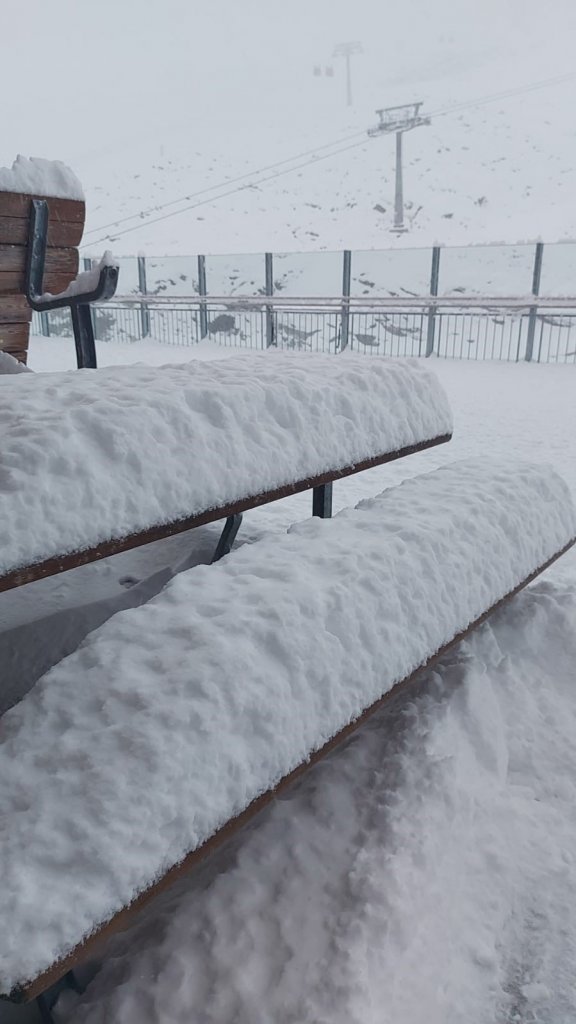