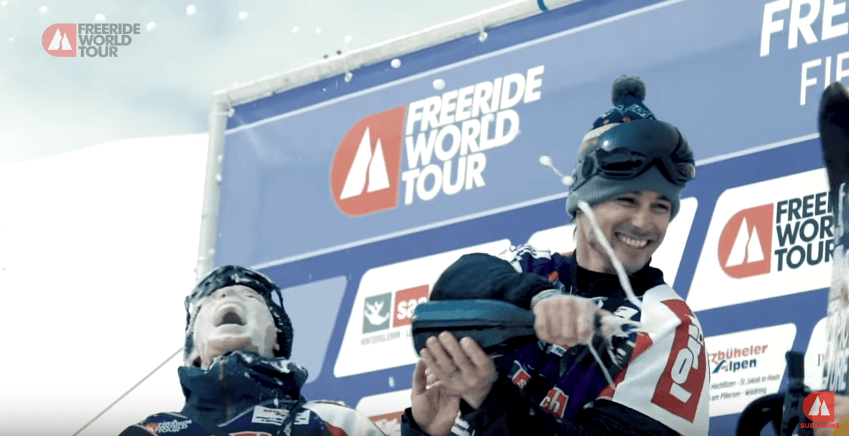 Best conditions at the third stop of the Freeride World Tour (FWT) 2019 in Fieberbrunn: sunshine and fresh snow ensured spectacular descents by the best freeriders in the world.

The fight for the overall victory of the World Tour is still in full swing, but after the third event the first favourites are already emerging. Markus Eder (ITA – Ski Men) already secured his second victory in this year’s Tour and remains clearly first in the overall standings with 7200 points. Second place went to defending champion Kristofer Turdell (SWE), who finished fourth in Fieberbrunn and collected 4980 points. Third is Craig Murray (NZL) with 4705 points. Arianna Tricomi (ITA) continues to lead the women’s competition with 6155 points, ahead of Jacqueline Pollard (USA) with 5830 points and Elisabeth Gerritzen (SUI) with 5760 points.

With the snowboarders nothing leads at the moment at the French past. Already in Canada at the beginning of the month the winners in Fieberbrunn were Marion Haerty and Victor De Le Rue. Haerty leads the overall standings with 6980 points ahead of Anna Orlova (RUS) with 6155 points and Manuela Mandl (AUT) with 5460 points. In the men’s event, Victor De Le Rue further extended his lead with 6290 points. First pursuer is Davey Baird (USA) with 5805 points ahead of Sammy Luebke (USA) with 5470 points.

Overall rankings after the third stop in Fieberbrunn