There are thousands of ski resorts to choose from when you’re planning your holiday each year. You might choose depending on the size of the ski area, how snow-sure it is or simply on price, and probably a combination of all three. But would you ever choose based on pure, simple class?

For while the number of ski areas worldwide is now more than 6,000, there are really just a handful that have that special something, a character and a pedigree you can’t really buy, and however much you spend on snow making and fast lifts, it doesn’t really make much difference.They tend to be winter-sports early adopters, although not always. In Austria there’s Kitzbühel and Lech, Switzerland has Davos, Murren and St Moritz, Italy has Courmayeur and Cortina d’Ampezzo, and for France it has to be Val d’Isère – a village that dates back to the 11th century where the first ski lift – one of the world’s first – was installed more than 80 years ago.

What is it that gives Val d’Isère that special je ne sais quoi? That’s more difficult to define. It does, of course, have that great winter-sports heritage – it’s one of just an elite handful of ski resorts to have staged the Skiing World Championships, Winter Olympics and its annual World Cup Races. One of the world’s most famous race courses, the Face de Bellevarde, is here and Critérium de la Première Neige World Cup races have been staged 62 times – that all helps.

Like St Moritz it’s also very high in altitude for a traditional resort, making it more snow-sure at the base as well as high above, and giving it an “away from it all” feeling, but crucially it is still a genuine community and doesn’t have the seasonal moonbase feel of many purpose-built destinations.

Along with a good natural snowfall reputation, it’s also home to Le Snow Factory, the largest snowmaking facility in Europe (which just got bigger still this season). It’s also one of three French resorts to still offer some summer glacier skiing.

Its ski area is vast, one of the world’s biggest with 300km of trails shared with neighbouring Tignes and one that used to be known as “Espace Killy” after the great French skier and hero of the 1968 Winter Olympics, but not, officially, any more.

But although all that terrain means there’s plenty for every level of skier, perhaps Val d’Isere’s overall status is enhanced by its world-class reputation for its challenging off-piste terrain, a reputation it shares with resorts like Chamonix and St Anton.

Val d’Isère has one of the world’s biggest and best ski areas. Although it is popular with expert skiers and boarders who want to head off-piste in the same way that Jackson Hole and Verbier do, there’s actually plenty for intermediate-level piste skiers to do, in addition to the excellent beginner areas for first-timers (the ski school clocks up 200,000 pupils each winter), all served by a network of superb high-speed lifts.

For good skiers the Solaise bumps run above the resort or the Olympic Men’s Downhill from Bellevarde (a good first choice as it gets the sun early and accessed by the high-speed underground ‘Funival’ funicular) are popular options.  Later on you can take off into the powder fields with a guide. Otherwise the descents from the Pissaillas glacier or the Tour de Charvet basin runs are equally recommended. 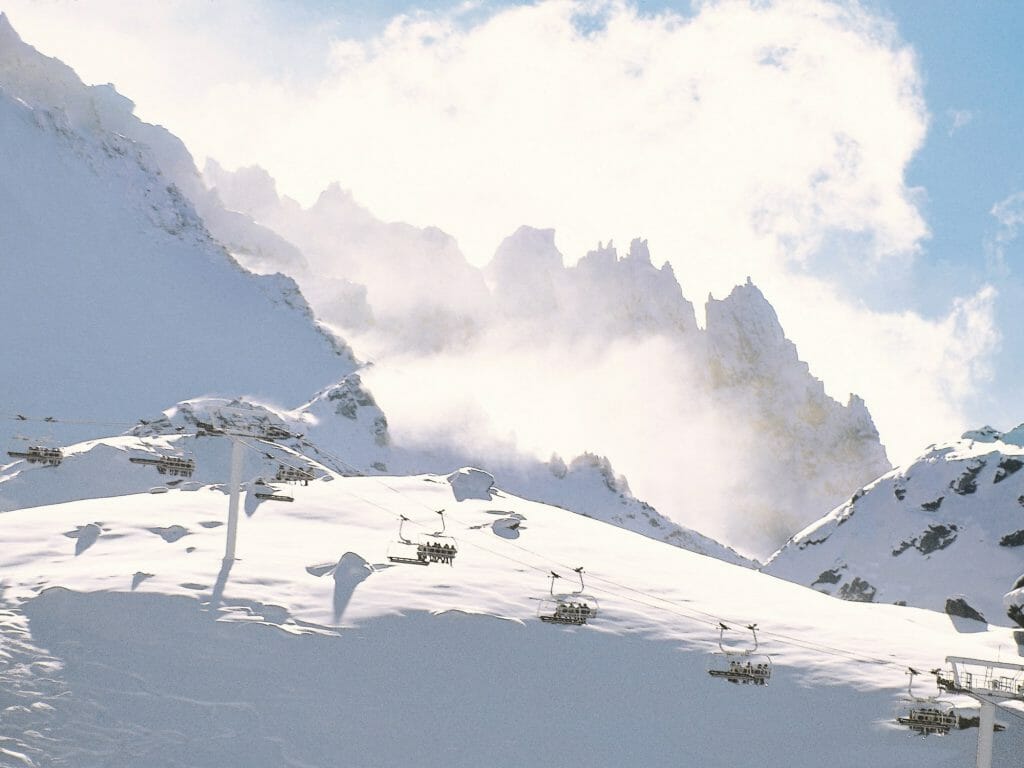 Val d’Isère is almost as famous for its après-ski, and in terms of venues “the big one” that has to be visited one afternoon is the remarkable La Folie Douce, which fills much of the building at the top of the Daille gondola lift, close to the boundary with Tignes, spilling out on to the base of the adjacent ski slopes. Essentially a cabaret show on the slopes that also happens to serve up superb food, this is an establishment like no other and certainly puts the vast Austrian drinking halls in the shade when it comes to, well, class, once again. It takes a remarkable effort to get all the supplies up the mountain to serve that vast number of customers that pass through La Folie Douce’s doors each season, a testimony to the family-run business that had the brilliant idea of establishing it in the first place.

The concept has proved so successful that other Folie Douces have appeared in recent years at other French resorts including Alpe d’Huez, Val Thorens, Méribel and Megève but Val d’Isère has the original.

Val d’Isère has a big selection of hotels, chalets and apartments. It has an upmarket reputation and there are indeed pricey hotels and incredibly luxurious chalets of the sort that Russian oligarchs book up for the peak New Year week. In terms of chalets it’s definitely a favourite with British operators, so there’s lots of choice; for hotels it’s a little more difficult to find “affordable” as the resort is believed to be placed third in France behind Paris and Courchevel for the number of 5★hotels.

But affordable 4 and 5★ star apartments and chalets do exist, especially if you travel low season. 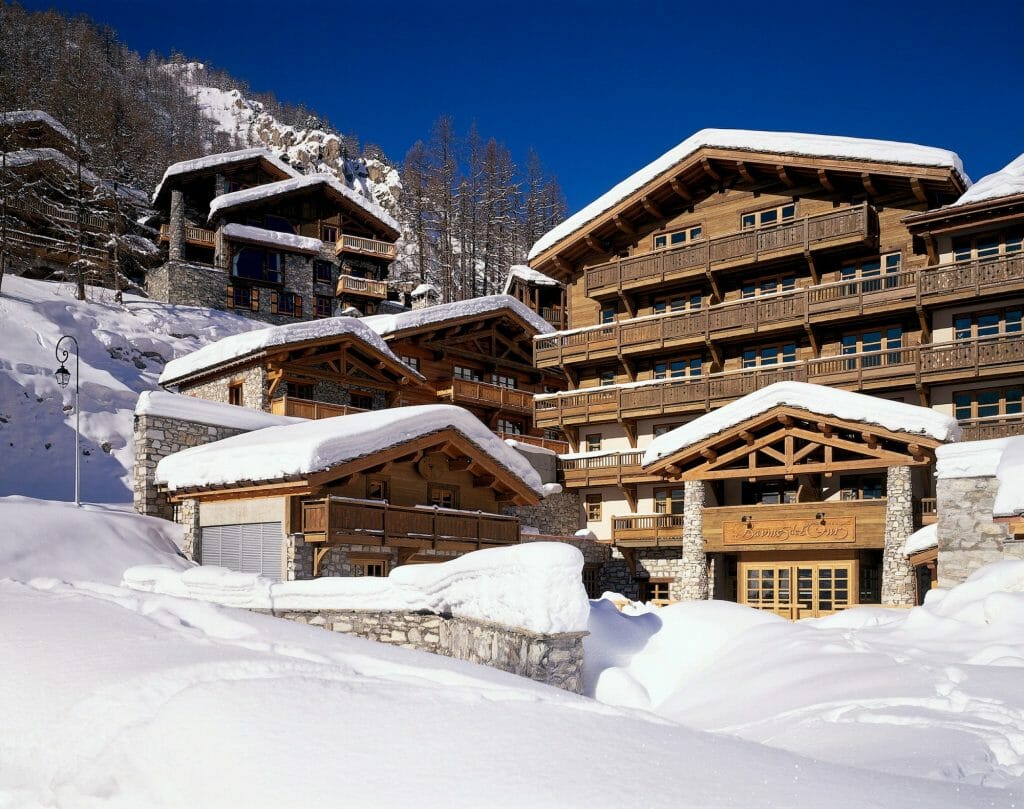 Each apartment is finished with modern Alpine chic to a very high standard, complete with private balcony, well-equipped kitchenette and two bathrooms – one en-suite. Some have their own open fireplaces and all have all their beds in their own bedrooms, so no need to make up a sofa bed in the living area – real luxury!

Residents also get access to the Spa Les Bains du Montana, which has an indoor pool, whirlpool, sauna and steam room, and treatments and massages are available for an extra charge.

Wherever you choose to stay, the good news is that an excellent shuttle bus service constantly circulates around the resort, and you can jump on and off wherever you need.

Crystal Ski Holidays (www.crystalski.co.uk; 020 8610 3123) offer a week’s stay at the 5★ self-catering Chalet Skadi in Val d’Isère from £717pp (based on four sharing) including flights from Gatwick to Chambéry and transfers (price given is for departure on 27 January 2018). Direct flights available from all major UK airports.