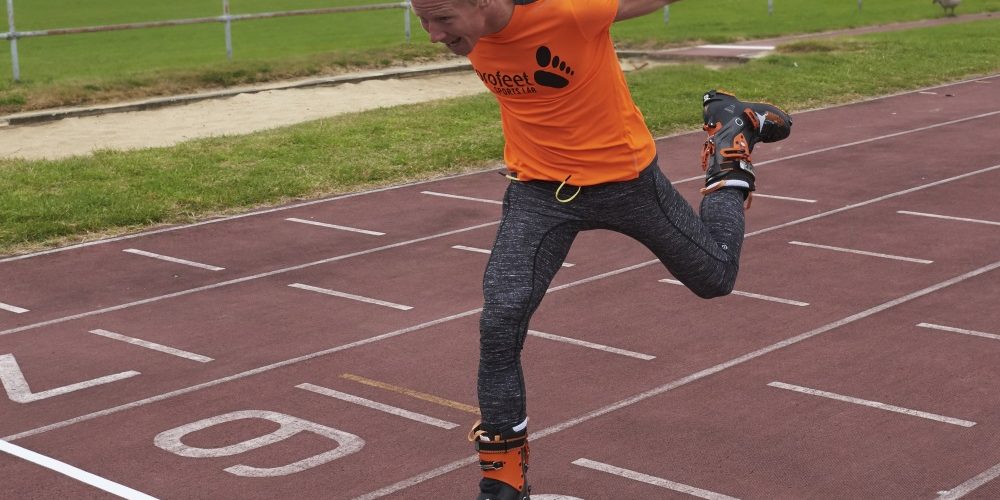 Guinness World Records recently confirmed that Max is the new fastest male over 100m, with his time of 14.09 seconds eclipsing the previous record of 17.65 set in 2015 by German Andre Ortolf.

Emma’s time of 16.86 seconds would have beaten the existing world record and now stands as the first official time for the fastest female over 100m.

Both Emma (24, Brighton) and Max (34, London) are talented athletes and were determined to set fast times when the attempt took place at Barn Elms track in south-west London. 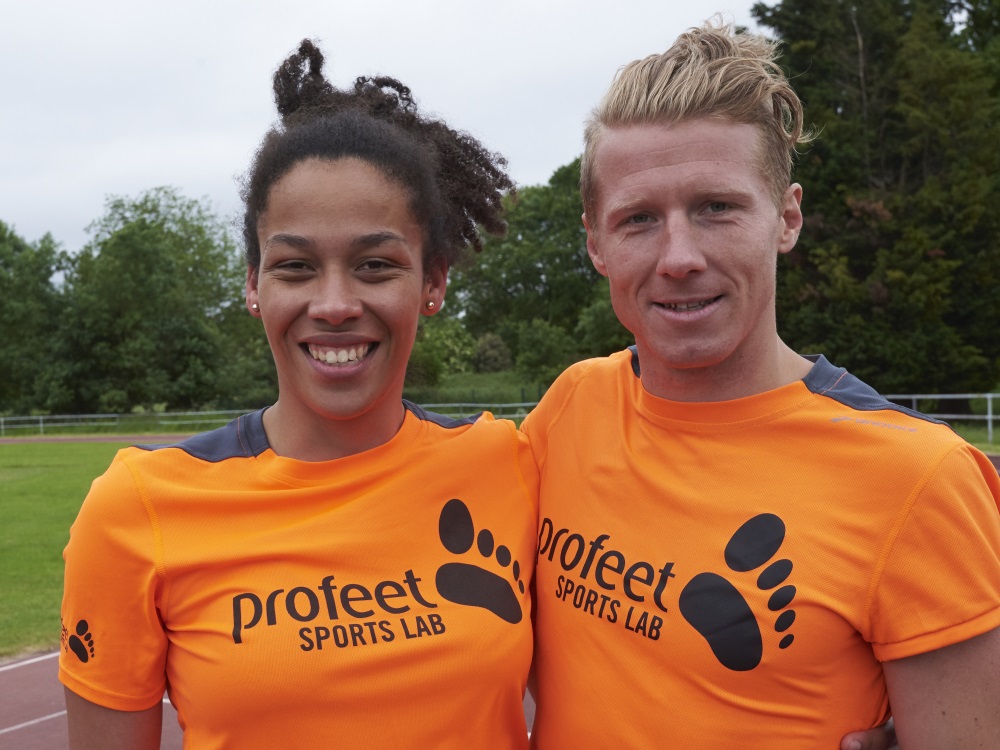 As important as athletic ability was the choice of ski boot. The Profeet Ski Lab team selected the Atomic Backland – a super light boot designed for ski touring.

The extra flexibility and natural movement the boot offers transferred well to sprinting on the track. After a warm up session led by Dr Craig McLean from Putney Chiropractic, and some short sprints to get the blood flowing, Emma and Max both ran their attempts perfectly.

Max was delighted set a new world record: “I’d skied and toured in the Backland so I knew the boot, but the only times I had ever run in them before was while running away from lifties when we were night touring!”

Emma was honest about her preparation: “At the time I was doing some speed endurance and strength training ahead of the Amsterdam Marathon, but I didn’t do any specific training for the 100m attempt.”

“It was the initial powerful driving start phase that I found the hardest,” said Emma. “Maintaining high leg turnover as the fatigue hit me 80-90m in was really tough.”

Max agreed that it was a demanding challenge: “I don’t think I’ll be running full tilt in ski boots anymore: it’s seriously hard on the hip flexors. The next time I’m in ski boots, I’ll be ski touring!”