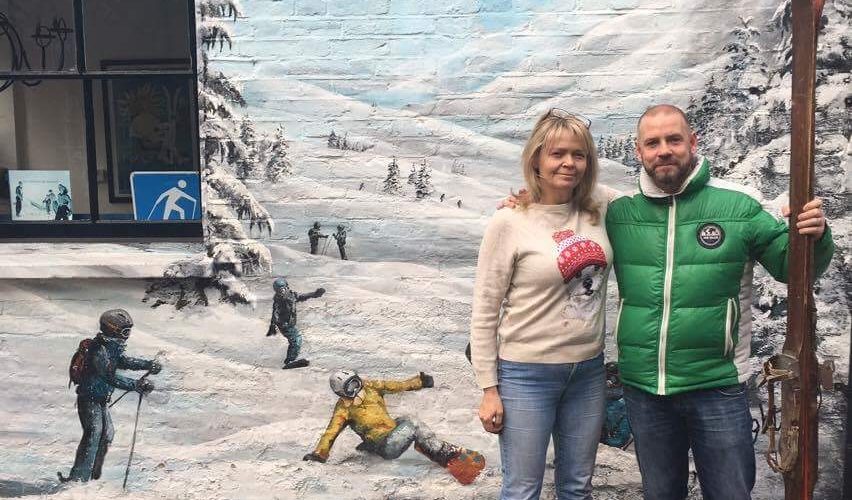 Britain’s longest-established independent tour operator, Erna Low, who in 2015 unveiled a magnificent mural of a snowy mountain ski scene painted on the exterior wall of its offices in Kensington, has added a new feature to it this winter – real Christmas trees. 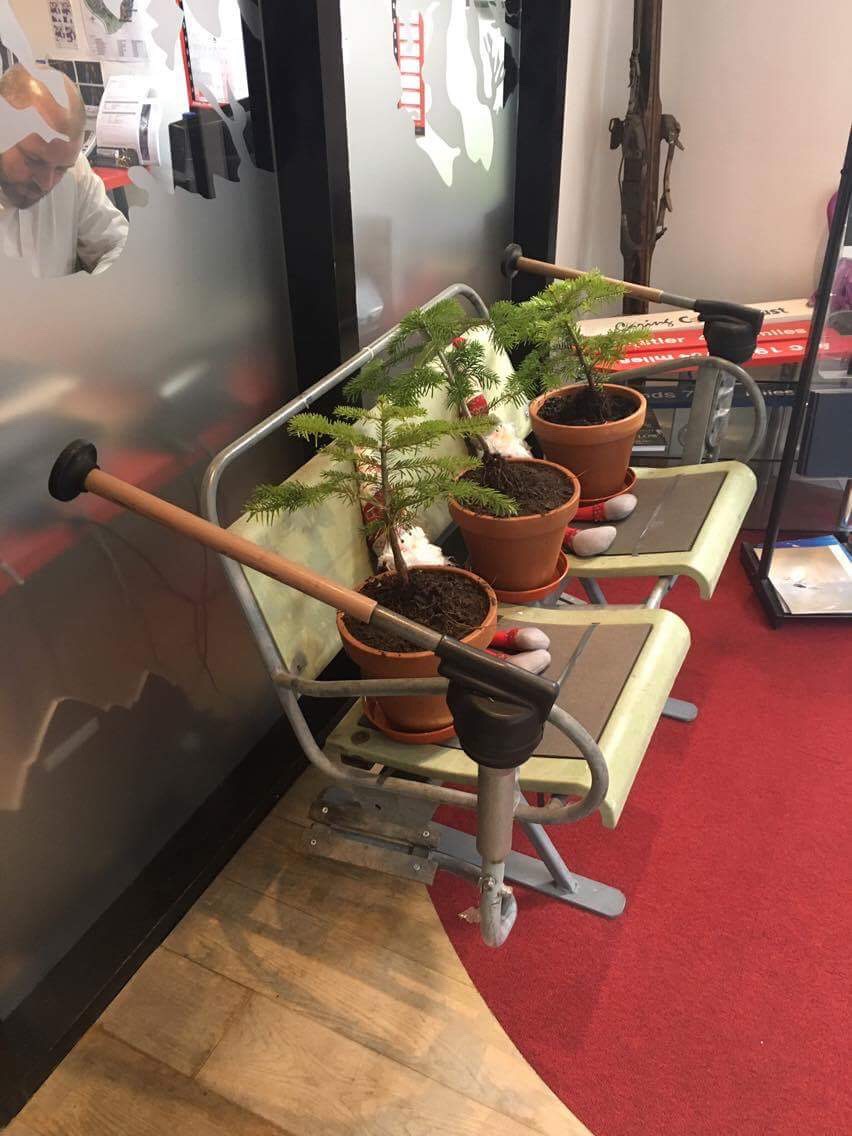 The mural, created by artist Johny Midnight, has become a draw for art lovers and was even designated as a Pokestop during the Pokemon Go craze.

The three Christmas trees are, in fact, still just three-year-old baby trees that have arrived from the Kiltarlity Christmas Tree Farm in the Scottish Highlands. They have grown up looking across the valley to one of Scotland’s and Britain’s highest peaks, Ben Wyvis. 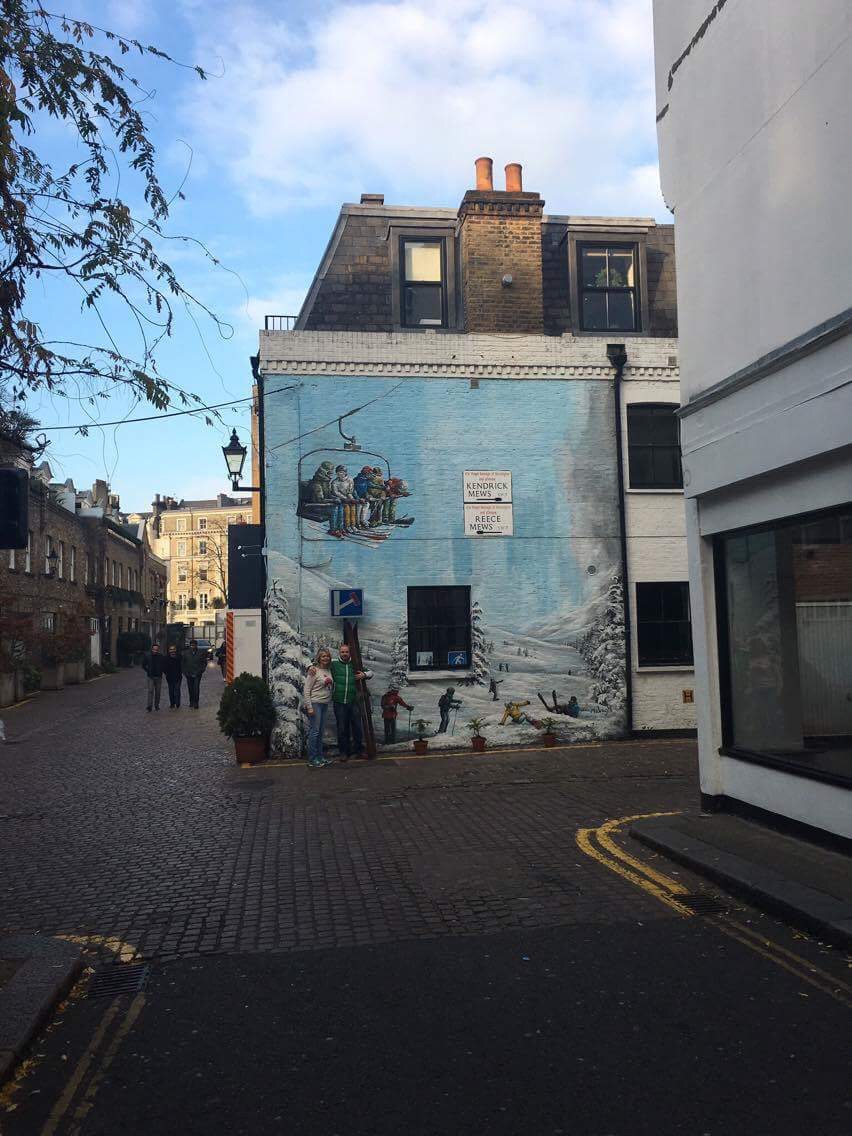 Now down in South Kensington, during the daytime they sit outside the ski mural, and by night they snuggle up in the reception of Erna Low on the 1950s chairlift from Kitzbühel.

“The challenge for us at Erna Low is to continue to grow these trees and we plan to nurture them in Oxfordshire in between seasons and bring them out every winter to adorn our office ski mural,” said Erna Low’s Joanna Yellowlees-Bound. ernalow.co.uk 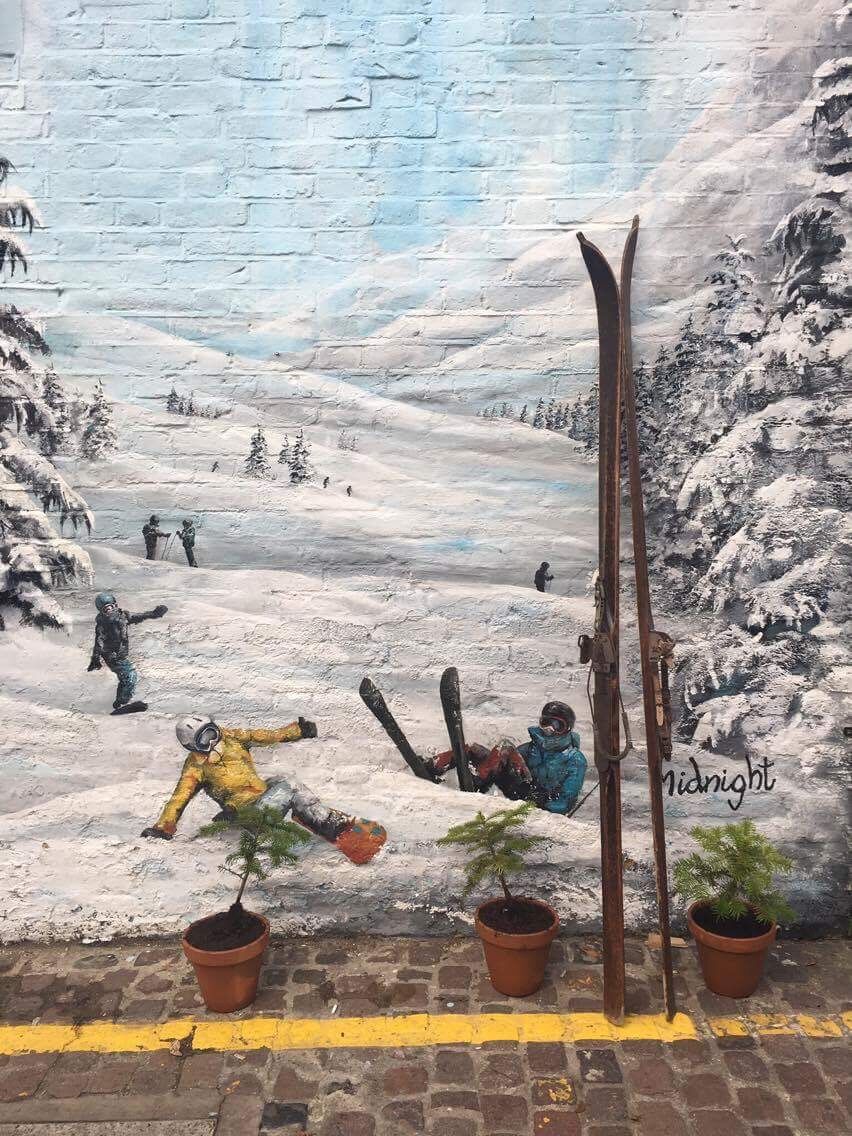 Ski Greener, Pay Less and Get More Family Space By Driving to the French Alps