Fears of forecasted gale-force winds were blown aside as bluebird conditions dawned on day one of competition at the Brits 2018, confining the storm to the Laax cross course and the British Snowboardcross Championships. After an incredible day of racing, it was young-guns Maisie Hill and Huw Nightingale who forewent their age categories to dominate the open event and stole the titles from under the noses of established racers.

The day opened with practice for bumper field of competitors, honing their lines on the Crap Sogn Gion course before timed qualification. Two runs were all the riders had to lay down a fast time and seal a good seeding ahead of the head to head racing. Leading the charge in the women’s field was Olympic Slopestyle and Big Air rider Aimee Fuller, who’s topping of the timesheets mirrored Billy Morgan’s surprise result of 12 months ago. Could GB Park and Pipe riders own the cross course for two years in a row? In the men’s event, Patrick Morris laid down the two fastest runs of the day, making him a formidable number one seed.

But fast times don’t always stand up when the elbows start to fly, and today was a day for the racers with both top seeds falling foul of the cross gods. Freestyle superstar Fuller faltered and fell at the final gate, and Maisie Hill stormed to a maiden overall title. In second it was Joanna Szczyglowska who backed up her Armed Forces colleagues incredible 1-2 in 2017 with a deserved silver, and after dusting herself off from her crash, Aimee Fuller crossed the line to claim Bronze.

Lit up by her victory, Hill said “It was pretty cool, because I beat Aimee Fuller – that’s sick!”

In the men’s final, it was another under-18 category athlete who overhauled the top seed to take the win, as Huw Nightingale knocked Patrick Morris into second to seal the national title. Morris claimed silver ahead of Scotsman Glen Ironside. 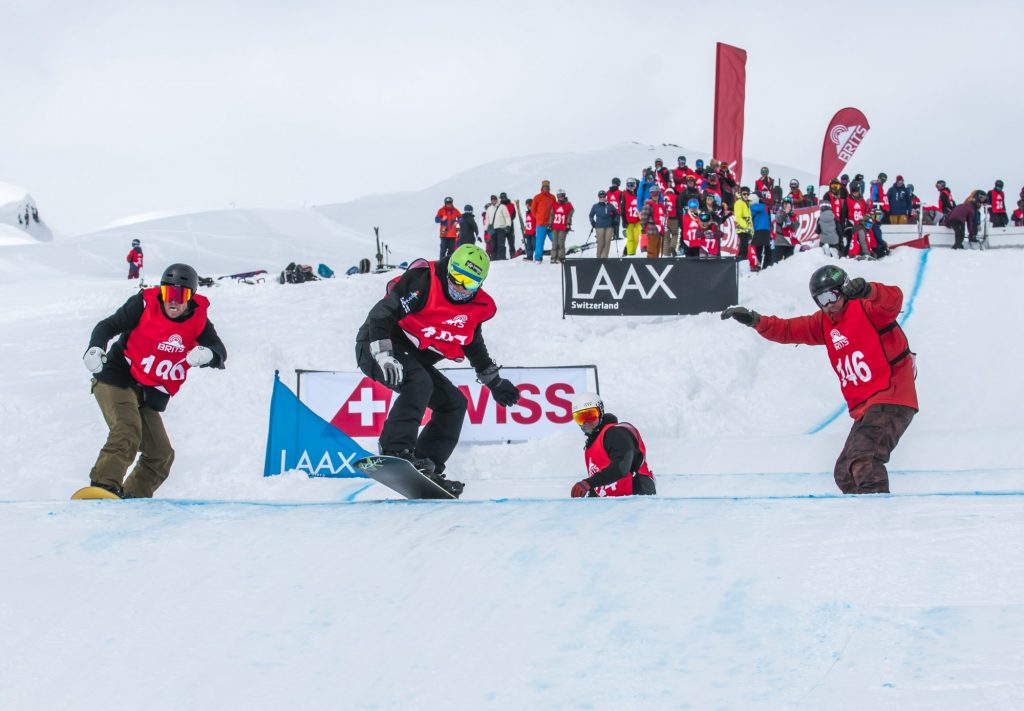 Reserved but stoked on his win, Nightingale said “Feeling pretty good – it was pretty fun, not too technical but still good fun.”

Outside of the overall categories, things remained heated, as even more Mums, Dads and ex-professionals fought it out for the most talked about titles of the week – the Masters championships. It was a case of déjà vu as Ski Sunday’s Ed Leigh completed the “three-peat” and remained unbeaten since the Brits returned to Laax. Ed’s better half Sian came heartbreakingly close to a second gold of the day for the family, but was denied by the lighting fast Claire Collis who headed up a sizeable Armed Forces team

The final race of the day, saw GB’s adaptive snowboardcross athletes return for a second year to compete for Brits medals. 2017 silver medallist James Barnes-Miller was fresh off the plane from the Paralympics in South Korea, and he showed his race form to take the win ahead of Daren Swift. The prizegiving crowd welcomed them back to the podium with a huge ovation on the Laax Snowfront. 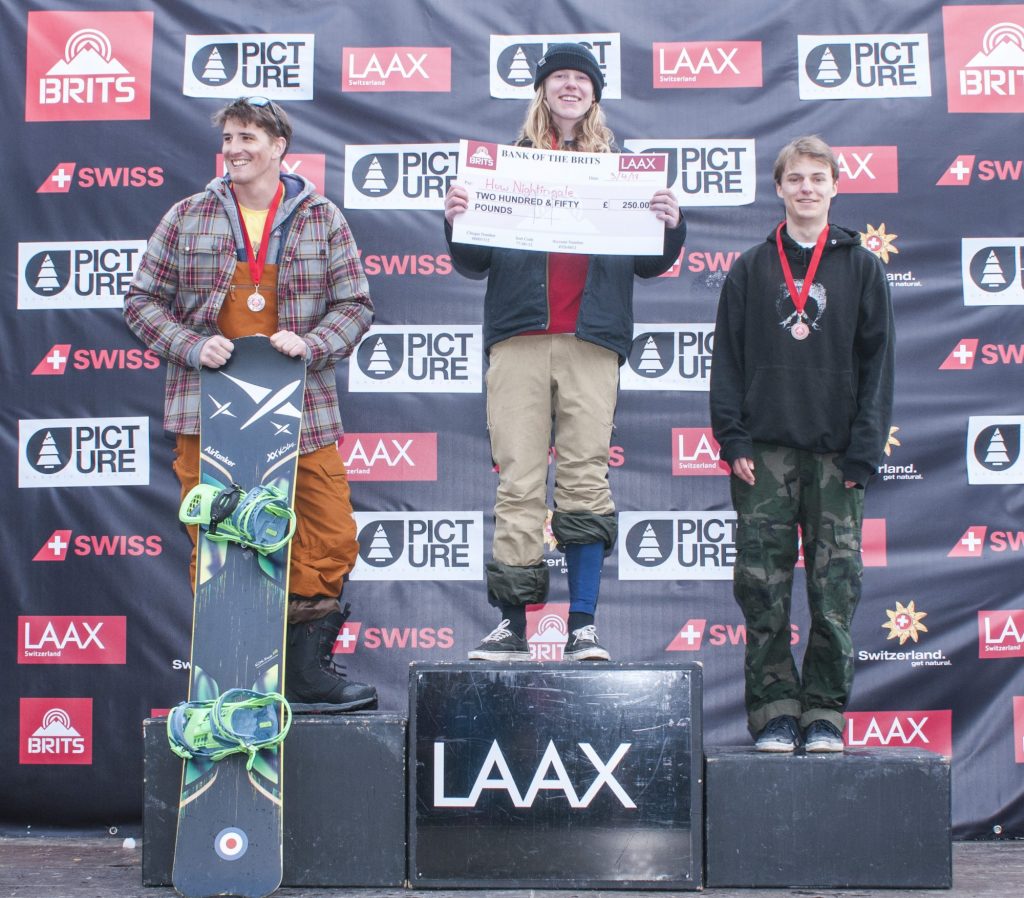