The Swiss ski resort of Andermatt, which opened for the season at the weekend with strict limits on lift ticket sales in order to ensure there was enough space at the base of the mountain for social-distancing, sold out of tickets before the ski day began on Sunday.

Andermatt was one of 10 Swiss ski areas open at the weekend, four of the them – including Arosa, Laax and Verbier – for the first time this Autumn.

However with Austria, France and Italy now announcing November lockdowns, its currently the only large Alpine ski nation where, so far, ski areas are staying open – although many of them only at weekends in the first-half of November.

All are stressing much stricter pandemic operating rules than had previously been announced in Europe.  These include the need to pre-book tickets online, limited numbers allowed on the mountain and reduced numbers in gondola and cable-car cabins. 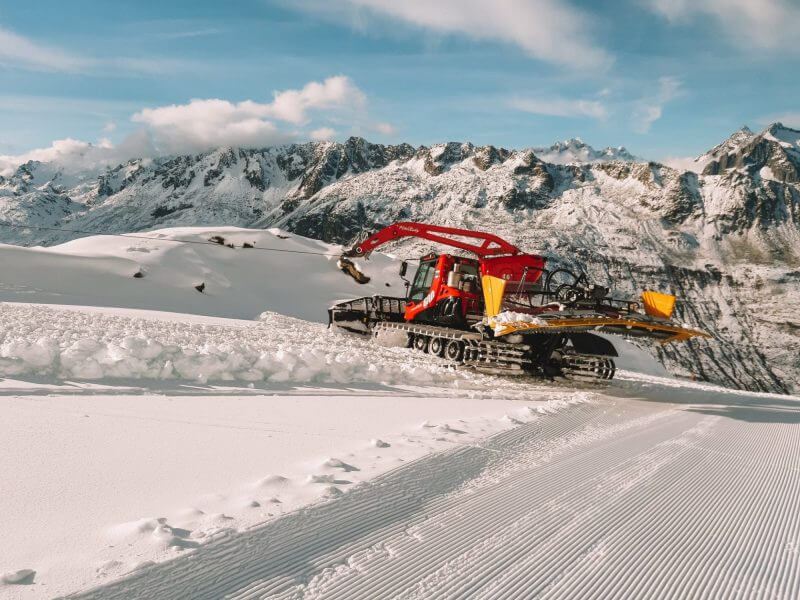 This counters negative publicity generated by social-media images of long non socially-distanced queues to board lifts at some glacier areas earlier in the autumn and packed cabins.

In a statement on their season opening weekend, an Andermatt spokesperson said,

“It was a slightly different season opening. This extraordinary year presents us with some challenges and changes. But thank you all for the successful start of the season. Together we can create a safe and great winter experience!”

Tickets selling-out due to limited capacity was an issue at ski areas in Australia, New Zealand and in South America during their 2020 season and is already a factor for peak dates in North America for the 20-21 season with tickets already on sale. When some northern hemisphere areas re-opened in the spring and summer after the first lockdown it also caused problems with Arapahoe Basin in Colorado eventually allowing the chance to make a ticket purchase decided by lottery.