Sun Peaks Resort in BC, Canada have announced approximately $60 million (Cdn) worth of infrastructure work will be completed or get underway this year.

Much of the money will be going on property developments, but there are also improvements to  Canada’s second largest ski area, including a $4m spend on a new fixed-grip quad chairlift in the East Village area to provide improved mountain, village, and ski-in, ski-out access. 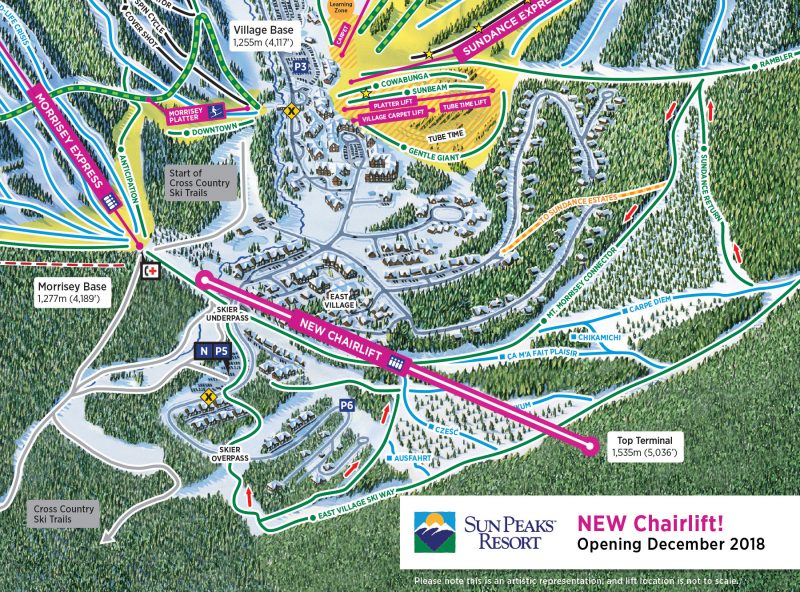 The new lift will complement the existing Morrisey Express with the bottom terminal of the chairlift being installed at the current location of the Umbrella Café. The new lift will provide key village return access for those guests in East Village properties. Specific run layout is currently in development but will definitely see a green trail option to the village from the top of the lift which is consistent with all other resort lifts.

“The lift will also provide tremendous improvements to the existing area runs which provide some of the most under-rated and under-utilized ski terrain in the entire resort through family-friendly blue runs and fantastic pockets of glade skiing,” said a Sun Peaks spokesperson.

$7m will also go on The Sun Peaks Centre, a large scale project that will expand and enhance the existing sport centre. The improved venue will include a multi-purpose indoor facility capable of hosting up to 3,000 participants, enabling the community to host concerts, large sporting and recreational events as well as corporate trade shows. The centre will provide facilities for both local residents and resort guests. 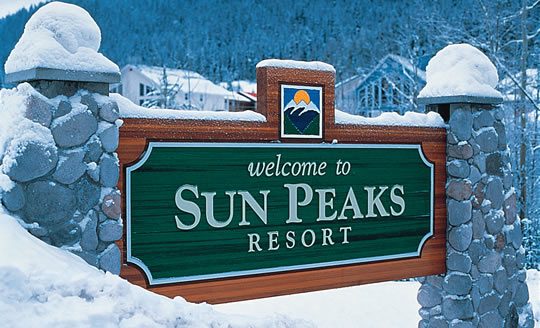 Another million dollars will go on two new snowcats and general investment in mountain capital and $300,000 on increasing mountain capacity by 30% for next winter on the highest utilization chairlift in the resort, Sundance Express, by adding new carriers to the lift line. This will improve skier access to the popular runs on Sundance, including the highly utilized Rockstar Energy Terrain Park.

The rest of the investment will be in property including $7m for guestroom upgrades at the Sun Peaks Grand Hotel; $15m on ski-in, ski-out luxury townhomes at VillageWalk and $25m on townhomes and condos for Echo Landing.

The Canadian Resort That Just keeps Getting Bigger