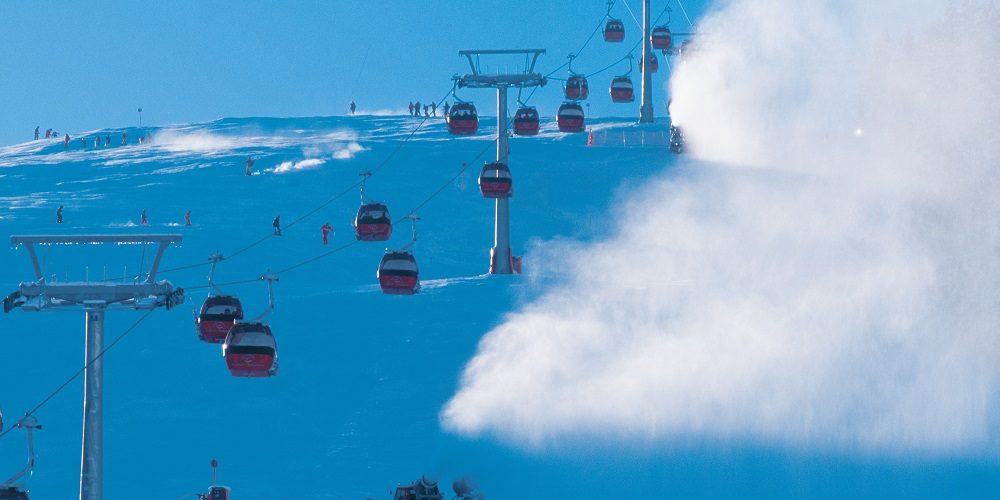 Saalbach Hinterglemm in Austria’s Salzburgerland will further consolidate its position as “the ski resort operating the most gondolas in the world” by adding another two big new gondolas.

The new Doppelmayr-built Schönleitenbahn lift will have cabins that can each hold 10 seated skiers and boarders and will have a capacity of 3,200 guests per hour. It replaces the old Schönleitenbahn in Saalbach.

The new 12er Express lift, also a 10-seater, will connect the Zwölferkogel and the lifts in the Westgipfel sector.

In other projects on the mountain, the Oberschwarzach lift will be rebuilt as a T-Bar to a double drag lift, and a new snowmaking reservoir, Asitz II, with a capacity of about 74,000m3, will go into operation at the Asitzbahn mid station in Leogang.

Since 2000, the lift companies of Saalbach Hinterglemm, Leogang and Fieberbrunn have invested more than €432 million (around £365 million) in modernising and improving the comfort of the ski resort.

Other ski resorts operating almost as many gondolas as Saalbach include Méribel in France and Kronplatz in Italy’s South Tyrol.

Along with the most gondolas, Saalbach Hinterglemm is also one of the world’s largest operators of high-speed detachable chairlifts.