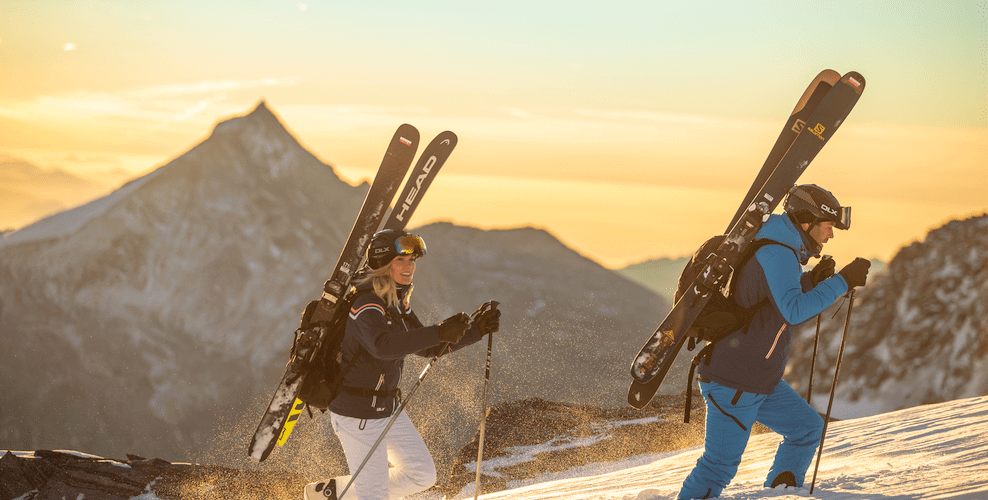 There are, of course, many ski areas to choose from each winter, so what makes Saas-Fee and the surrounding Saas Valley so special?

There are many reasons, but perhaps the key one is this traditional village’s authenticity. When the road finally arrived in the village in 1951, the residents of Saas-Fee decided that was far enough and banned cars from the village streets.

The result is a wonderfully tranquil, unspoilt resort like no other, surrounded by spectacular mountain scenery. In fact, thirteen 4,000m-plus peaks surround the village, towering high above, including Switzerland’s highest, the Dom, which Saas-Fee sits at the foot of. 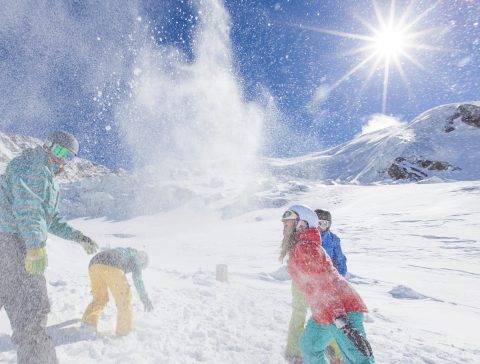 Of course, Saas-Fee is a holiday resort, and while you can wander its lanes without the noise and smell of petrol and diesel vehicles thundering past, you can still enjoy enticing cafés, intriguing boutiques and some superb bars and restaurants.

It’s no surprise that Wham! chose it as the location to shoot their famous Last Christmas video some 35 years ago. Remember that video shown every year, in which George Michael tried to find the perfect “Christmas mood” destination?

Then, last but certainly not least, there’s the skiing! Saas-Fee has a great, good-sized ski area with 100km of slopes stretching from 3,600m a.s.l. down to 1,800m a.s.l.. An area pass also includes neighbouring Saas Valley villages and their ski areas including Saas-Grund and Saas-Almagell, which then adds up to 150km of slope at your disposal.

Snow-certainty is important in this day and age, so it’s good to know that Saas-Fee is one of the most snow-sure resorts in the world, with glacier skiing from mid-July allowing it to offer one of the longest ski seasons in the world, some nine months through to late April each year.

But despite its snow-sure reputation, the Saas Valley is famed for sunny weather, lying on the same line of latitude as Ascona, around 31km to the east in Switzerland’s only Italian-speaking canton, southerly Ticino, where palm trees grow. 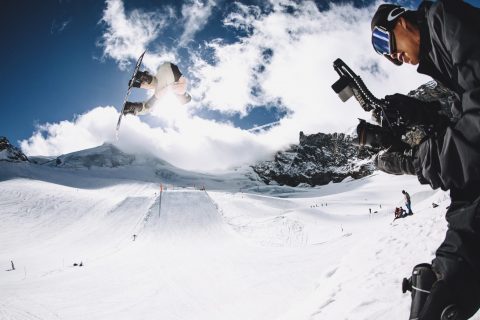 There are lots of attractions and winter events that make Saas-Fee unique.

No visit to the village is complete without paying homage to the world’s highest revolving restaurant, Allalin, 3,500m up and accessible to any non-skiing members of your group, via the gondola and underground Metro Alpin funicular. From here you can enjoy incredible views of all those 4,000m peaks as it slowly revolves. On a clear day, you can even see Milan, 120km away.

The restaurant’s location at Mittelallalin has other attractions too including the world’s highest ice pavilion, full of incredible ice sculptures and carved into the 1,000-year-old glacial ice, accessed via a 70m-long tunnel. Europe’s highest zip line is also here.

Then through the winter, you can indulge in some very special activities including an evening ride up the mountain in an especially slow-moving gondola in which a fondue dinner is served as you ascend.

For skiers, there are also special options on the slopes including sunrise skiing sessions and hitting the slopes under the full moon. 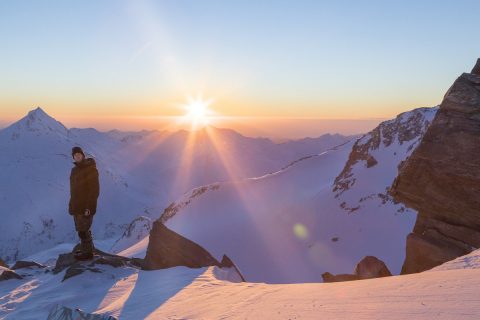 Saas-Fee has a good choice when it comes to après-ski, from lively venues near the bottom of the slopes to sports bars and more refined cocktail and lounge bars in the resort. Several bars are open to 1am, and there are also two night clubs open through to the early morning if you have the energy! Dining out is easy and pleasant in Saas-Fee with around 100 restaurants in resort serving everything from traditional Valais regional cuisine to international gourmet dining. There’s plenty of variety too with lots of cafés, bars and pizzerias to choose from besides the more formal restaurants. A large proportion of the eateries do serve up local Swiss mountain favourites include schnitzel, raclette and cheese fondues. But modern dietary requirements are well catered for too, and there are also restaurants serving vegan options and many more serving vegetarian dishes.

So when choosing your ski resort, think car-free, peaceful, exceptional snow reliability yet sunny days the norm in a village with lots of unique attractions and events and a big skiable vertical. Think Saas-Fee! saas-fee.ch