Zermatt re-opened its year-round ski slopes on the Klein Matterhorn in early June and access to the Swiss slopes from Cervinia on the Italian side resumed on June 20th after the border between the two countries was re-opened.

The glacier is one of the biggest and most important in the skiing world. Apart from being one of only two on the planet that opens every day of the year, weather-permitting, it also boast’s Europe’s highest lift at 3,899 metres and a vertical that is still bigger than most southern hemisphere ski areas even in the northern hemisphere’s summertime. 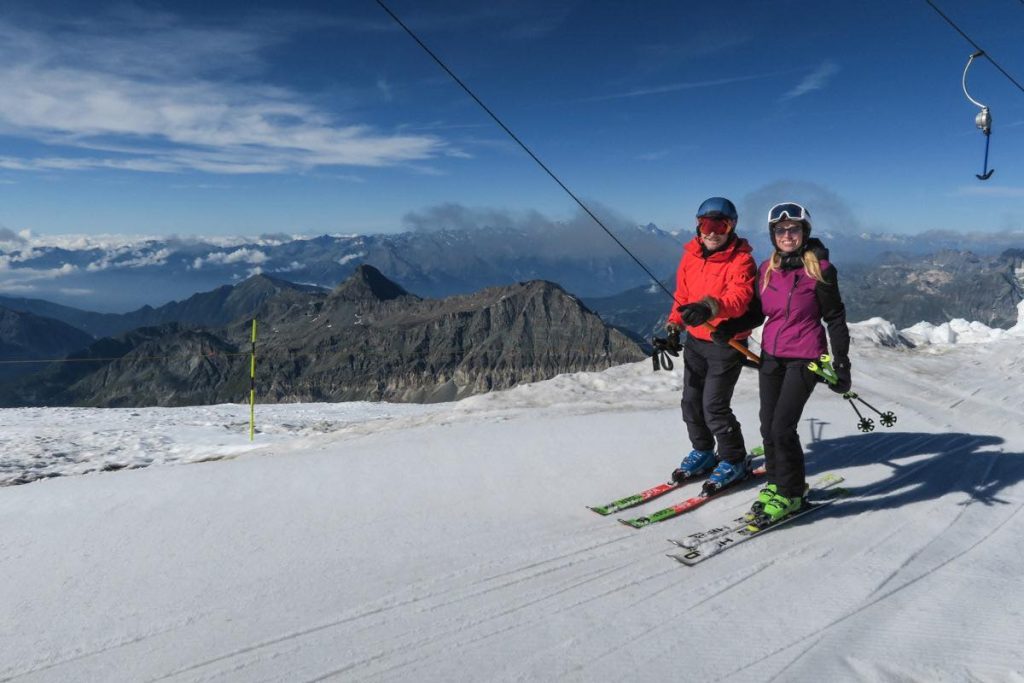 There have always been differences in approaching the glacier from the Italian side (with skiers required to carry passports or other official ID if they enter Switzerland to ski from Cervinia, although in practice rarely required to present them).  Thanks to the COVID-19 pandemic there’s now a new one – different social-distancing requirements.

“Yes there are different rules in Switzerland and Italy. Now in Switzerland we have to keep 1.5 metres distance and in Italy it’s 1 metre,” explained Mathias Imoberdorf, Communication & Media Manager at Zermatt’s lift company, who continued, “That means also that in Cervinia and Zermatt different rules are applying. But this does not really pose any major problems because the guests are informed about the rules on both sides and they are following the rules very well.”

“Here in Zermatt we are glad that we were able to reopen the cable cars. The reopening went very well and the crowds are increasing day by day,” Mr Imoberdorf added.