As light pollution continues to blot out the night sky for more and more people in their daily lives, a new dimension to a winter mountain holiday is emerging. The stars – or the northern lights – are often much easier to see in the mountains. Indeed, some ski areas had observatories built on their mountain tops even before the skiers arrived. But some resorts are better for stargazers than others, so here are some of the best:

The Starlight Room Dolomites is a glass-encased mountain-top bedroom, built on giant skis so that it can be moved around. Sitting at an altitude of 2,055m, the well-insulated cabin provides stunning views of the light pollution-free starry skies and you can even manipulate the angle of the bed for the best visibility. 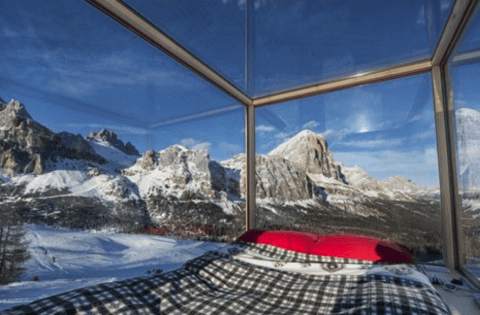 Luckily for us, you don’t have to travel far to find a good spot for stargazing after skiing. Scotland has some of the largest expanses of dark sky in Europe and is home to making it a perfect destination for eager stargazers. Europe’s second, and most northerly, Dark Sky Park, was established in 2018 at Tomintoul and Glenlivet in Moray – home to The Lecht ski area along with several fine whisky distilleries. 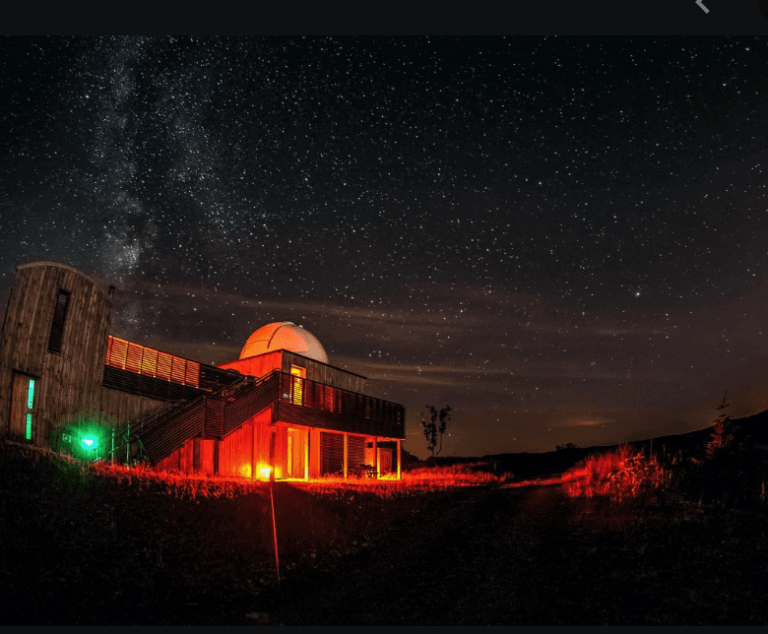 Zermatt is a pretty good spot for star gazing, but the resort has grown so big there can be light pollution at times. High above, though, on the Gornergrat (3,100m) the dry air and the remote location mean visitors can see the Milky Way, stars and planets with the naked eye. The “Gornergrat Planetarium” project was launched five years ago, establishing the new observatory in the south tower of the Kulmhotel and allowing the public to join scientists in their exploration of the heavens.

There’s been an observatory on the Pic du Midi (2,877m) for more than a century, and freeriders have been using the lift up to it to access some of the world’s greatest freeride descents for many years now. Always evolving, this year the observatory is celebrating 50 years since it helped with the moon landings by mapping the lunar surface, and it has installed a new telescope for observing the sun. Visit overnight for stargazing then make a guided off-piste ski descent next morning. 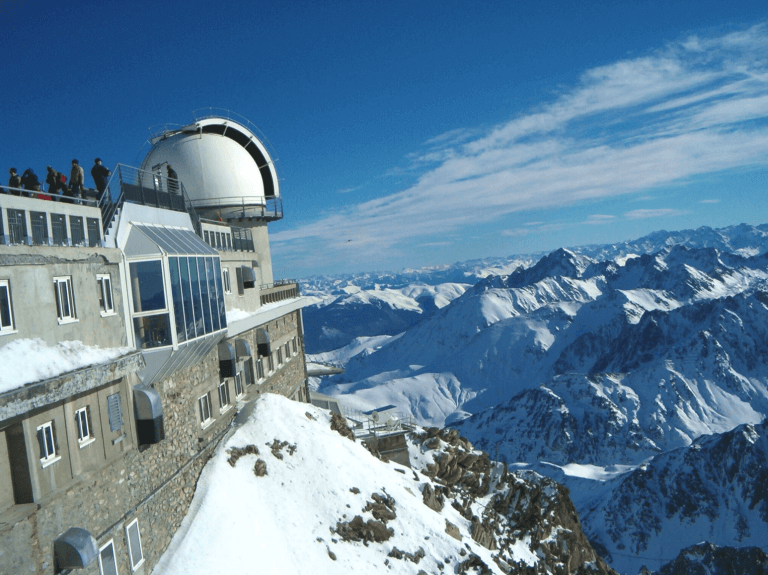 Chile gets 300 clear-sky days a year and has an average population of less than 50 people a square mile (and in reality, once you factor out most of the population live in the cities, it’s actually more like five out in the Andes). Portillo’s compact resort base means you can easily escape the lights and immerse yourself in the starry sky. Keep an eye out for the famous Southern Cross, the Jewel Box, Magellanic Clouds, and Alpha Centauri, among others which are key sights in the southern hemisphere’s night sky.

Lapland is of course a great spot for seeing the northern lights, and for star-spotting, with near 24-hour darkness in mid-winter and long nights in January and February too. It is important though to book accommodation out of the brightly lit resort centre at whichever ski areas you choose (and they’re all good). Near Saariselkä, on the edge of the pristine Urho Kekkonen National Park, you can book in to an Aurora Cabin overnight as part of Inghams’ Northern Lights Adventure Week. These feature a north-facing glass roof window, perfect for lying in bed and gazing up at the night sky. 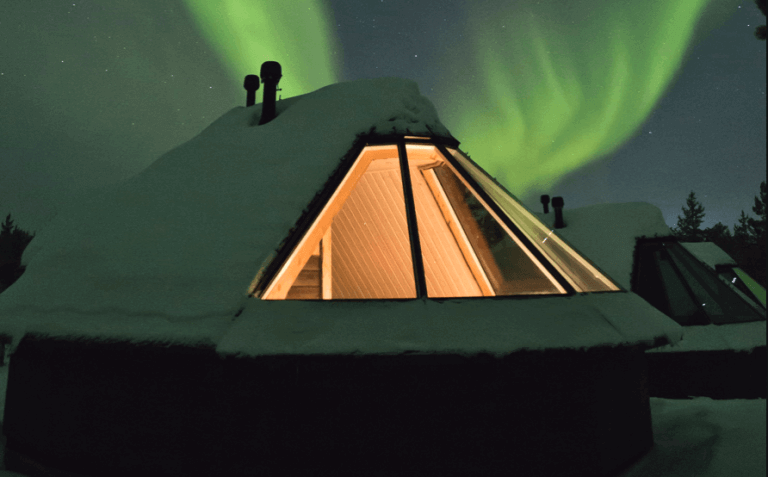 A 2016 survey revealed that, rather depressingly, “80% of American’s can’t view the Milky Way anymore,” and it’s no doubt similar or worse in Europe. But in December 2017, Sun Valley in Idaho and its surrounding area received an official “Dark Sky Reserve” designation meaning it offers some of the best dark night skies in the entire world. Look up at any given clear night around here and you’ll be memorised by billions of unobscured stars littering the sky and find that shooting star sightings are the norm with the Milky Way appearing from the southwest quadrant of the sky each cloud-free night.

At 3.85 million square miles, Canada is the second largest country in the world by total area. Combine this with being sparsely populated and you’ll find a lot of open country and very dark sky. Part of UNESCO’s Canadian Rocky Mountain Parks World Heritage Site, Jasper National Park is home to Marmot Basin Ski Area and is also the second largest dark sky preserve in the world, and due to this status, it’s taking extra steps to eliminate light pollution by replacing older street lights.