A rare new ski gondola lift has been announced for Japan.

The country’s historic Nozawa Onsen ski area is to see a replacement of the existing Nagasaka Gondola which runs up from the resort’s Nagasaka Base to Yamabiko.

The lift is being built over two years and is set to open for winter 2020-21.

The existing lift’s mid-station will be removed meaning the new lift will actually be 400 metres shorter than the original at  3.1km instead of 3.5km currently.  However capacity on the route will dramatically increase and the journey time be cut in half from 16 down to eight minutes. 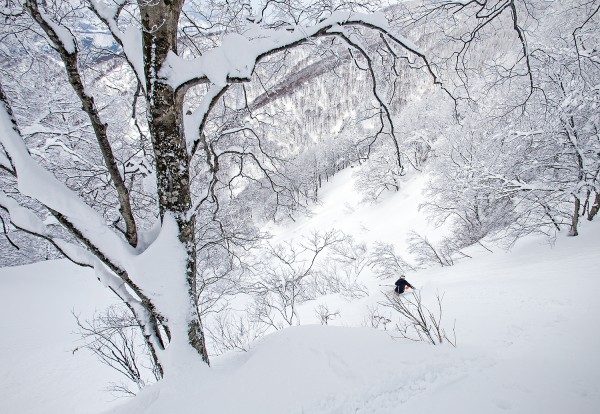 Hundreds of lifts were built in Japan during the bubble economy period of the 1980s when the country had more than 600 resorts and around 25 million skiers.

The first Nagasaka Gondola opened in 1979, seating four per cabin, but was replaced in little over a decade during the boom years to carry 12 standing passengers per cabin. The new lift will have cabins seating 10 and also designed to carry disabled visitors and mountain bikes in summer.

However that era ended nearly 30 years ago and skier numbers dropped dramatically by 70-80%. Although some areas have seen recovery over the past decade, largely thanks to growing international clientele, many resorts have seen no real infrastructure upgrades for three decades and new lifts are comparatively rare in the country.

Japan – There Is More Than One Ski Resort