Guinness World Records reports that this year’s 41st London Marathon saw 54 record attempts take place, and a total of 30 new Guinness World Records (GWR) titles achieved. The slowest of these, a  little more than two hours behind the 29th record setter, was Paul Bennett who heroically set a new fastest marathon run in ski boots (male) time of 5 hours 30 minutes and 20 seconds … that is 7 seconds faster than the former record.

The record has been broken several times in recent years. In 2018 Colin Whitton from Twickenham  smashed the previous record for the fastest marathon wearing ski boots with a time of 5:52:16.  Then in 2019 Orthopedic Surgeon Dr Paul Harnett cut the record to 5 hours 30 minutes and 27 seconds raising money for the British Paralympic Association and World Orthopedic Concern.

New record holder Paul Bennett and his mother Alison, who also competed in the marathon but in normal running shoes, were raising money for Stanford Hall, a medical rehabilitation centre for injured servicemen and women at a time of going to press had raised over £8,000.  Donations can still be made via: uk.virginmoneygiving.com/ 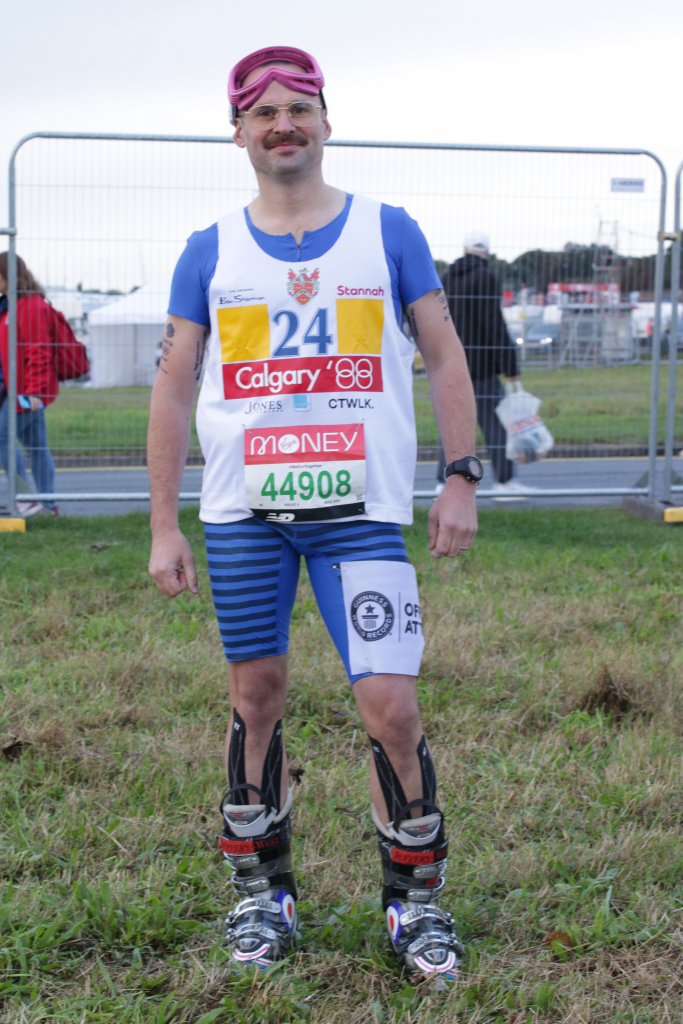