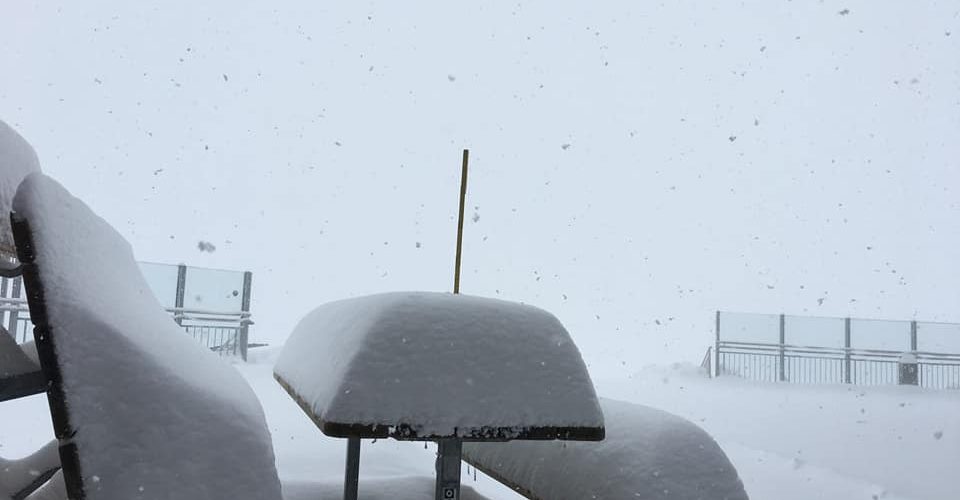 After a very long, hot summer, September has seen large and on-going snowfalls on Alpine glaciers, with the snow now falling to lower elevations and over a wider area of the continent. https://www.facebook.com/schifahren.stubaiergletscher/videos/10155125210737753/   The snowfall in the first few weeks of the Meteorological Autumn, and the last three weeks of the astronomical summer appears to have been greater than at the start of the past few winters at some areas. Snow has been reported in The Dolomites, Pyrenees, Scandinavia and even dustings on high points in Scotland and Croatia. Around 10 glaciers are already open for 2017-18 snowsports in Europe including three that opened last weekend after two weekends of September snowfall. The snow is particularly heavy in Austria where the Hintertux glacier (pictured top) has had 30cm (a foot) of fresh snow and the Stubai glacier 25cm (10 inches) of snow.  Both report powder conditions.